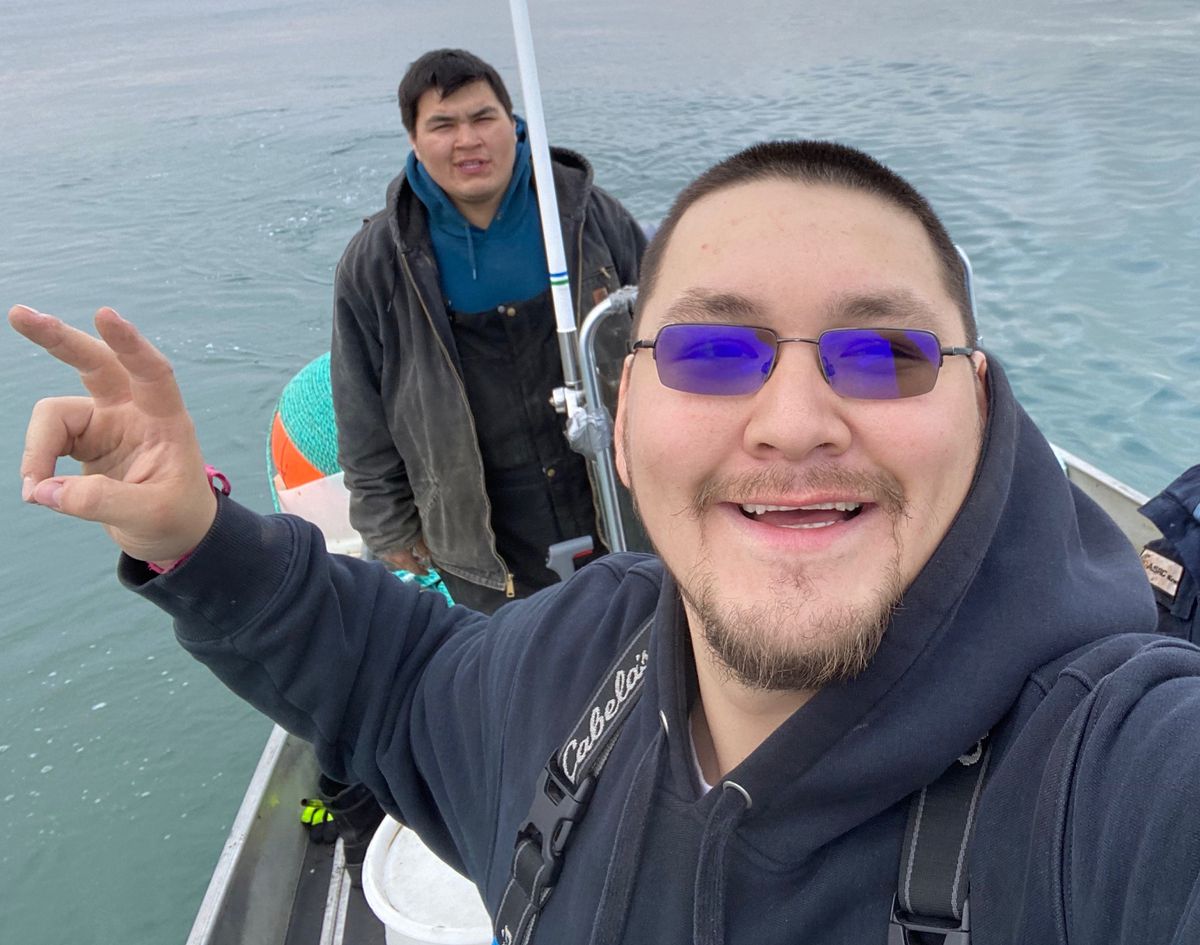 Josiah Patkotak (foreground) is seen with his younger brother, Samuel, on Sept. 5, 2020 while bowhead whale hunting off the coast of Utqiagvik. Josiah, an independent candidate for House District 40, has been quarantined in Anchorage after a positive COVID-19 test. (Josiah Patkotak photo)

Josiah Patkotak (foreground) is seen with his younger brother, Samuel, on Sept. 5, 2020 while bowhead whale hunting off the coast of Utqiagvik. Josiah, an independent candidate for House District 40, has been quarantined in Anchorage after a positive COVID-19 test. (Josiah Patkotak photo)

Josiah Patkotak, the independent candidate for the Alaska House district that covers the North Slope and Northwest Arctic Borough, has been diagnosed with COVID-19 and is quarantining in Anchorage, he said.

No other Alaska candidates have publicly announced a COVID-19 diagnosis.

“It’s been really rough on me. I’ve been feeling very tired most of all and have had many of the symptoms you read about associated with COVID. My wife also has not been feeling well,” he said by email Friday.

The North Slope is experiencing a surge in coronavirus infections, and the mayor of Utqiagvik issued a “hunker down” order Sept. 1. That order was extended through Oct. 5.

Patkotak, who lives in Utqiagvik and is a member of the North Slope Borough Assembly, drove from Prudhoe Bay to Anchorage with his family, arriving Sept. 16, he said. They stopped overnight in Fairbanks “but had very little contact with people other than checking in at the hotel,” he said.

He started feeling symptoms the day after he arrived in Anchorage.

“At that point, I decided to go get a rapid test and it came back positive. I’ve been quarantined in my hotel room with my wife and kids ever since,” he said.

Incumbent state Rep. John Lincoln, I-Kotzebue, is not running for reelection. Patkotak is running against Democratic candidate Elizabeth Ferguson of Kotzebue. He says his campaign is “still in full swing."

Patkotak attended one fundraiser by Zoom on Sept. 22.

“My contact with people prior to getting sick was mostly through telephone and social media platforms, so I am able to keep that up. Of course even that has been hard sometimes when I just don’t have much energy. But I’m not a quitter. I was born into a whaling family and I’m co-captain of a whaling crew. We don’t give up,” he said.