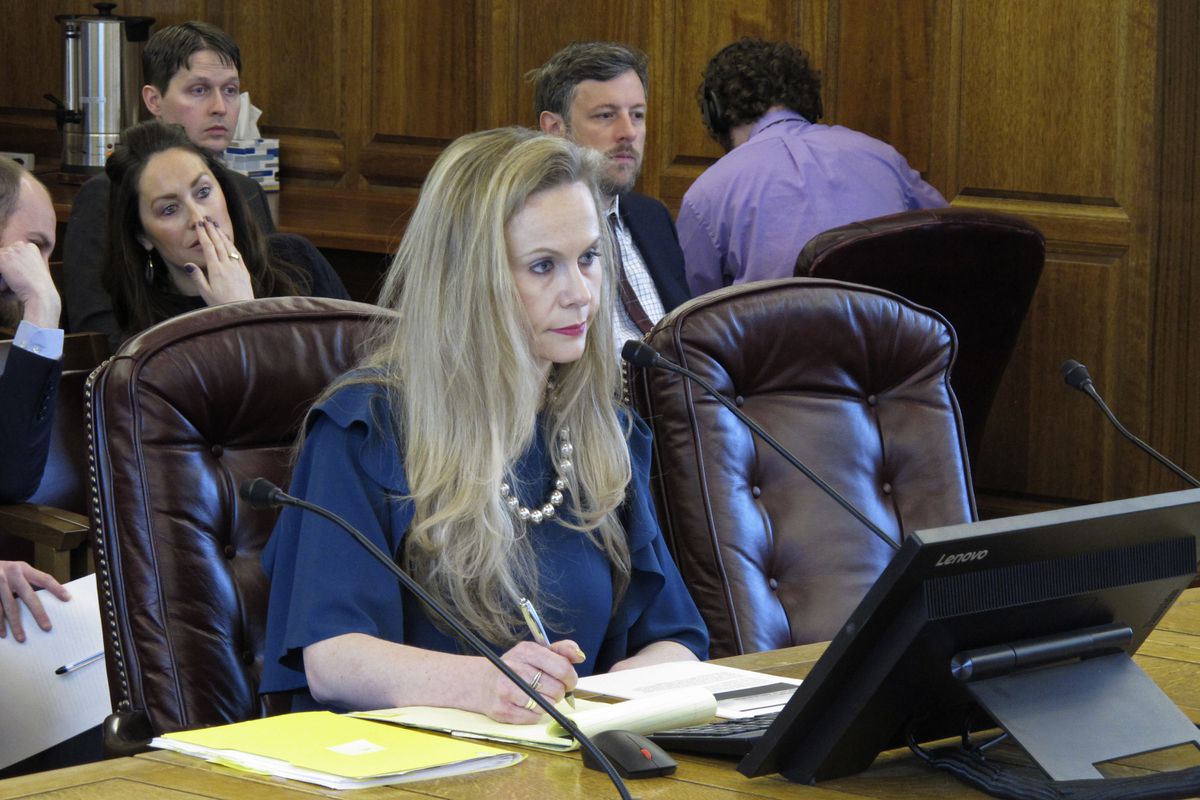 JUNEAU — A plan by the Dunleavy administration to close six Department of Motor Vehicles offices, most in smaller towns, is meeting bipartisan skepticism in the Alaska Legislature.

The proposal, unveiled in December, would close offices in Eagle River, Tok, Homer, Haines, Delta Junction and Valdez to save a half-million dollars a year in operation costs.

The state would encourage a private company to open a “business partner” office as part of a public-private partnership, Department of Administration Commissioner Kelly Tshibaka told lawmakers in a pair of meetings this week.

Local residents would have to use online services or be required to pay any fee charged by that private in-person office, which can’t perform all the actions of a regular DMV office.

“For example, I have a (commercial driver’s license) and I can’t renew that online, nor can I renew it through one of the private companies,” said Sen. Robert Myers, R-North Pole.

In Haines’ case, that would involve a flight, ferry trip or cross-border drive to Skagway. In the case of Tok, the nearest office would be in Fairbanks, 200 miles away.

“It really looks like to me this is just an opportunity for some businesses in Alaska to make money at the expense of Alaskans,” said Rep. Geran Tarr, D-Anchorage, in a March 11 budget subcommittee meeting.

In a Facebook Live video with constituents, Rep. Sarah Vance, R-Homer, said she was originally thinking “that this would be an easy budget decision because it aligns with my principles of capitalism, of reducing the budget.”

But after hearing from constituents and fellow lawmakers, she now feels “that the current mood is to not support this budget proposal at this time.”

On Wednesday, Vance introduced legislation with bipartisan support to repeal the requirement for seniors and others to visit offices in person to renew driver’s licenses.

Talking to lawmakers, Tshibaka and DMV director Jeffrey Schmitz said their idea is a “creative proposal” to help balance the state budget. Alaska is expected to earn $4.7 billion in the next state fiscal year from investments and taxes, but it needs at least $6.3 billion to pay for all budgeted services and the traditional Permanent Fund dividend endorsed by Gov. Mike Dunleavy.

But lawmakers have said the cost to Alaskans makes them question whether the savings are worth it. The state has allowed private companies to offer DMV services since the 1980s, Tshibaka said. Until now, most of the private offices have opened in places like Anchorage, Juneau, Fairbanks, Wasilla and Soldotna, which have DMV offices nearby.

In places without a nearby office, Tarr suggested, residents might be forced to pay whatever a private company charges. Their fees are not regulated, Schmitz said.

In addition, any private office could close at will if operations are unprofitable.

Some observers have questioned whether the plan was the result of internal dealings within the Dunleavy administration. The state’s largest private DMV operator is owned by the sister and brother-in-law of Adam Crum, commissioner of the Alaska Department of Health and Social Services.

On Wednesday, Fields introduced legislation saying that the DMV may not close any office that had been open on Jan. 1 in a community with at least 850 residents.

Crum said he was unaware of the Department of Administration proposal until it was announced in December as part of the budget rollout.

“It is their exclusive ownership,” he said of his sister’s company.

As for whether he was involved with the DMV plan, he said no.

“No engagement at all. It is my sister’s business,” he said.

“I’ve got enough stuff to worry about. DOA’s in charge of their own budget,” he said.

For now, the DMV closure remains part of the draft budget being considered by the House. A new draft is expected by the end of the month.