All 60 Alaska legislators were asked if they’re getting vaccinated. Here’s what they said. 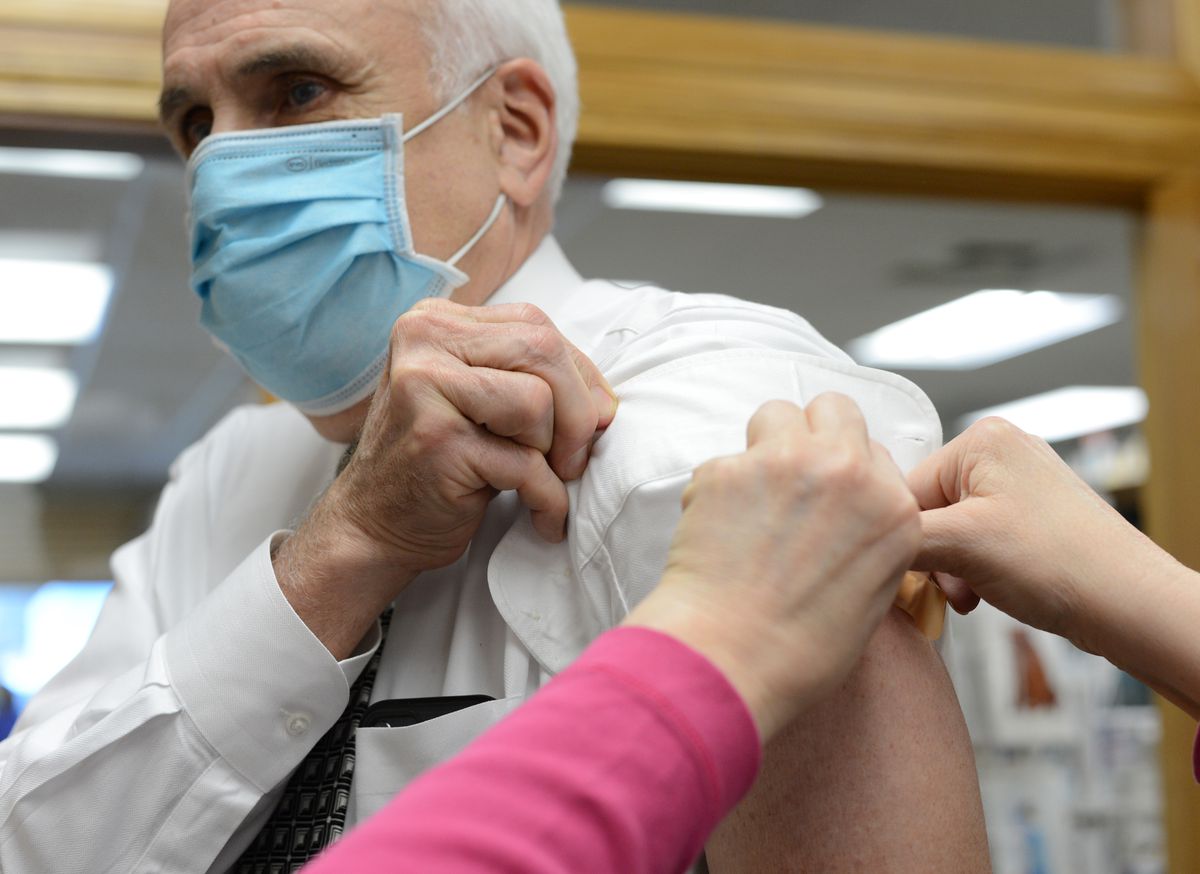 This story originally appeared on Alaska Public Media and is republished here with permission.

Across the country, experts are warning a sharp ideological divide over COVID-19 vaccinations could hurt the nation’s push toward herd immunity, with mistrust in government and the media fueling political conservatives’ objections to the shots.

A vaccination survey of state representatives and senators underscores the depth of that partisan divide in Alaska.

The COVID-19 vaccine is available to all employees at the state Capitol. Last week, Alaska Public Media emailed a two-question survey to all 60 state legislators, asking if they would get the vaccine, and why or why not. Lawmakers who did not respond to the emailed survey were subsequently contacted by phone and text message.

All but one of the Legislature’s 22 Democrats said they’re getting the shot, or intend to.

But 20 of the 34 Republican lawmakers either refused to answer or did not respond — and just 12 confirmed that they’re getting the vaccine.

“It is breaking along party lines. Our House minority, there’s only a couple guys in there that are pro-mask,” said Anchorage GOP Rep. Tom McKay, referring to the House’s Republican minority caucus.

The state Legislature’s partisan vaccine split echoes the findings of national and state-level polls, results which are already prompting concerns about vaccine hesitancy in some of Alaska’s more conservative communities.

A separate survey of 800 Alaskans, commissioned by the state health department last month, found just 9% of Democrats and roughly a quarter of independents said they would refuse the shots.

Those are some of the same regions where, over the course of the pandemic, political leaders have resisted other measures to contain the virus, like requiring mask-wearing in indoor public spaces.

“This group, from the beginning, has viewed this pandemic as not as serious an issue as the media was making it out to be,” said Matt Larkin, whose firm, Dittman Research, conducted the Alaska poll. “You start out from a baseline viewpoint that this thing is overhyped. That’s the foundation on which all of this opposition — from social distancing, to shutdowns to now, vaccines — is sitting on.”

[Anchorage COVID-19 numbers are down. Now it’s neighboring Mat-Su that has officials worried.]

Republicans make up roughly a quarter of Alaska’s electorate, and the state has ranked among the best in the country for its COVID-19 vaccination rates so far. In Larkin’s poll, some 70% of all respondents said they’d already received the shot, or were likely to get it.

But the results of the poll and legislative survey hint at one of the toughest challenges public health officials face in persuading a sizable group of the state’s population to get the shots.

McKay, the Anchorage Republican legislator, said he got his first dose of the Moderna vaccine earlier this month, mainly because he wants to be able to see his 88-year-old mother. But he said politically, he’s worried about the potential for vaccines to become mandatory, or a license.

During a floor debate on COVID-19 disaster legislation this week, the House’s largely-Democratic majority caucus voted down a series of vaccine-related amendments proposed by Republicans. One would have barred businesses and state agencies from requiring COVID-19 vaccinations as conditions of accessing public places or services, while another would have banned state agencies from maintaining lists of people’s vaccination status.

“I’m a conservative Republican — the Democrats, they want you to feel like you’re a murderer if you don’t wear a mask,” McKay said. “And they’re going to want us to feel like murderers if we don’t want to get vaccinated.”

Just two GOP legislators said directly that they would not get the vaccine: Reps. Mike Cronk of Tok and Ron Gillham of Kenai.

Cronk, whose COVID-19 infection prompted the cancelation of two days of House meetings earlier this year, called the vaccine “experimental,” adding he’s never gotten a flu shot and doesn’t see it as necessary.

“COVID is real and it affects people differently,” he said in an email. “It comes back to a personal choice, and I support those who get it and those who don’t.”

Gillham, in a phone interview, also called the vaccine “experimental.”

Democrats and independents, in their responses, listed an array of reasons for getting the vaccine, from scientific and medical advice to wanting to return to restaurants. Several referenced a desire to avoid interfering with legislative business.

“Getting vaccinated will reduce the likelihood that I catch COVID and reduce unintended transmission of COVID. That will help keep the Capitol functioning, and helps me to keep others in the Capitol and my family safe,” Anchorage Democratic Rep. Ivy Spohnholz said in an email. She added: “I haven’t seen my mom in a long time, and I need to get vaccinated before I can see her in person.”

A substantial number of Republicans, including some of the Legislature’s most conservative ones, also said they were getting the vaccine.

Holland said he got the Johnson & Johnson one-shot vaccine, and added he was required to take annual flu shots as a U.S. Coast Guard reservist.

Another Republican senator, Bert Stedman of Sitka, said he took one of the two-shot vaccines and encouraged people to take the virus seriously.

“It does all kinds of nasty things to people’s bodies, depending on your genetics,” he said. “I have no qualms about telling the media I’ve been vaccinated.”

Many of his colleagues did, however.

“None of your business, or anyone else’s,” Nikiski GOP Rep. Ben Carpenter wrote in his emailed response to the survey.

In an email, Palmer GOP Sen. Shelley Hughes said she hopes Alaskans are following their doctors’ advice, and not tying their choices to others’.

“I’m intentionally choosing not to go public, because this is a medical decision every person must make,” she said. “What I do should not be part of someone else’s decision equation.”

Doctors, not politicians, as best messengers

Republican Gov. Mike Dunleavy, who tested positive for COVID-19 earlier this year, has said he intends to get vaccinated, though he has only gently encouraged Alaskans to get the shots.

But both national and local surveys have shown messages from politicians — including from former President Donald Trump — appear unlikely to change the minds of conservative vaccine skeptics.

Even before the Alaska-specific survey was finished, Larkin, the pollster, said his firm stopped asking a question about whether broadcasting elected officials’ opinions would be helpful, “because we could tell it was going to be of absolutely no use.”

After reports of slower vaccination rates among Mat-Su teachers than those in Anchorage, officials scheduled a meeting to address their questions, she said. And rather than enlisting elected officials to tout the safety and efficacy of the vaccines, the state organized a speakers’ bureau that sends doctors to talk to community groups.

[From airports to high schools, Alaska’s vaccine coordinators are working to ‘go where the people are’]