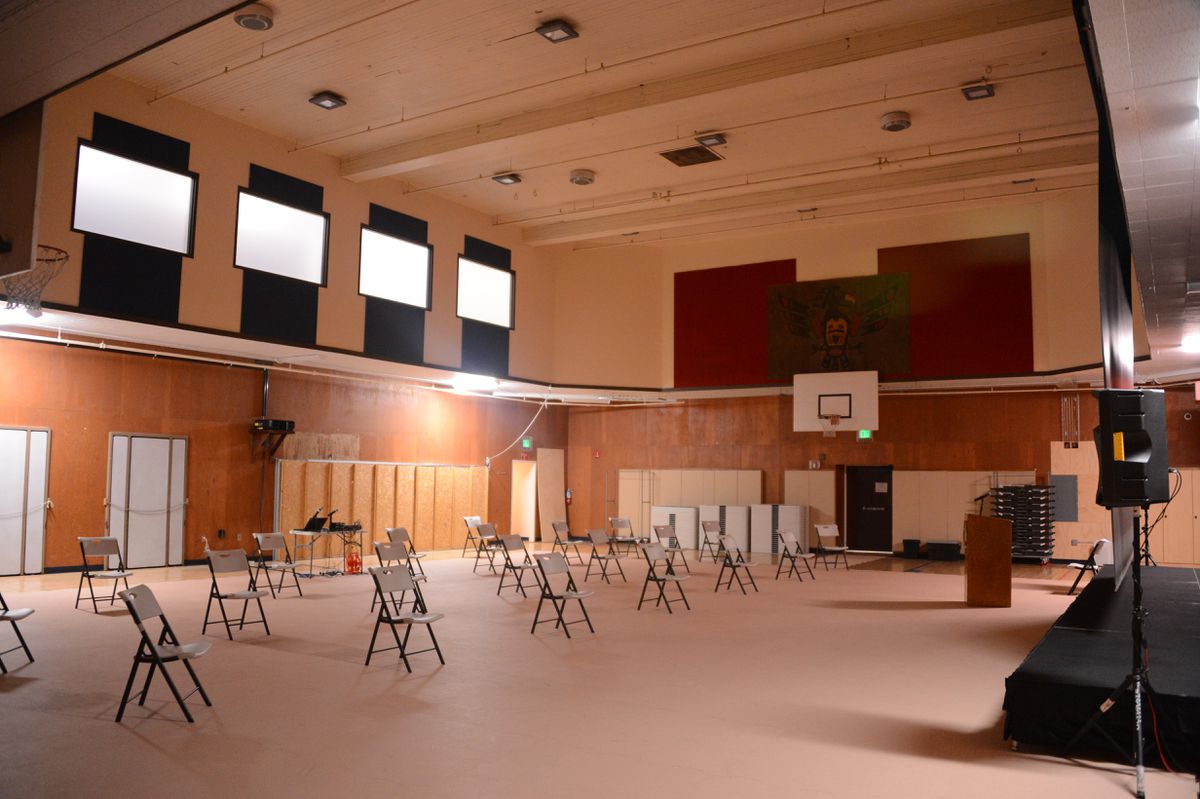 The Alaska State Capitol's gymnasium, seen on Wednesday, April 7, 2021, is located in the Terry Miller Legislative Office Building, located adjacent to the Capitol itself in Juneau. (James Brooks / ADN)

The Alaska State Capitol's gymnasium, seen on Wednesday, April 7, 2021, is located in the Terry Miller Legislative Office Building, located adjacent to the Capitol itself in Juneau. (James Brooks / ADN)

JUNEAU — A small group of Alaska state legislators, staff and invited guests held an after-hours event in the Capitol complex’s gymnasium last week despite COVID precautions that have closed the complex to the general public.

The event prompted Jessica Geary, head of the nonpartisan agency that runs the Capitol complex, to write an email reminding lawmakers that “legislative buildings are closed to the public and there is nobody authorized to be in legislative facilities that hasn’t gone through the legislature’s COVID-19 testing and screening protocols.”

After the conservative site Must Read Alaska published a copy of the email and an account calling the event a “frat party,” Rasmussen and Merrick apologized on the House floor on Wednesday for breaking the Capitol’s COVID rules.

“A group of friends got together in the gym and it was an error in judgment at the time. I did not even think about the public access issues,” Rasmussen said later.

The gathering included music, pingpong, basketball, board games and some beer, and took place last Wednesday, attendees said. That was shortly before most legislators departed the Capitol for a long Easter weekend.

“I wouldn’t even call it a party,” Rasmussen said.

Speaker of the House Louise Stutes, R-Kodiak, said the event is “not a story,” and was inaccurately portrayed by the blog.

Landfield operates the Alaska Landmine website. He said attendees — himself included — didn’t think they were breaking the rules because the gymnasium is in a building adjacent to the Capitol itself and a passing security guard didn’t remark on the gathering.

He said sociability and networking is important and believes misinformation about the event is being spread by people interested in harming the careers of the legislators involved.

“It’s a good thing to have people from different sides and political affiliations getting together and talking. We should have more of that,” he said.