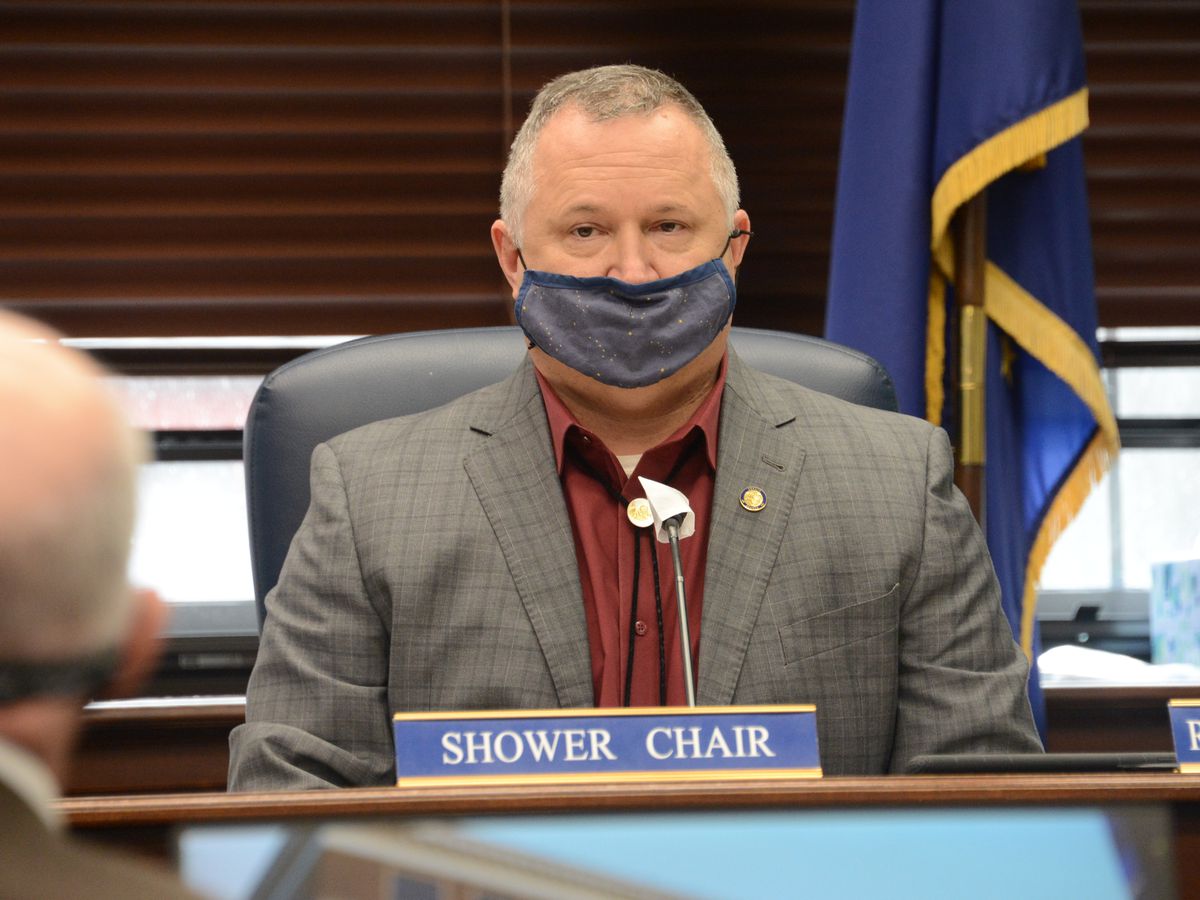 JUNEAU — A Republican plan to change Alaska’s election system has been rewritten to remove several controversial parts and now includes a unique state-issued voter ID program to be put in place before the 2022 election.

The bill also sets new standards for maintaining the state’s voter registry and for absentee ballots, which would be tracked from voter to ballot box. Voters would also be told immediately if their vote is rejected and be given a chance after Election Day to fix problems.

State legislatures across the country are considering hundreds of proposals to change the way their states conduct elections, but the language of Senate Bill 39 by Sen. Mike Shower, R-Wasilla, has little in common with bills in places like Georgia, Florida and Texas.

In its current form, Shower’s bill would require the Alaska Division of Elections to issue “digital multi-factor authentication security identifiers to all registered voters.”

Voters would not be required to use the new system, which Shower said could function like an ATM card with a PIN or the cellphone-app boarding pass system used by Alaska Airlines. The precise look of the program would be determined later.

“We are on the leading edge of this in the nation right now. It’s not something that’s really been done from a state election perspective, not that we can find right now,” Shower said.

Alaska already requires voters to provide proof of their identity. Previously allowed forms of ID, except for hunting and fishing licenses, would still be accepted from voters unable to use the new program, and the bill would add tribal IDs to the accepted list.

“We’re actually adding more forms of identification being acceptable to the state than what’s currently in statute,” he said.

The Alaska Legislature is considering eight major elections ideas from Republicans, Democrats and the governor’s office. In the state House, Rep. Chris Tuck, D-Anchorage, has been advancing a proposal that would broaden the state’s rules on voter registration and absentee voting.

But Shower’s bill has overshadowed that proposal and garnered intense attention.

That attention has come in part because several states with Republican-controlled legislatures have passed legislation that restricts some forms of voting. Those actions, billed as election security measures, followed repeated, unfounded claims of voter fraud by former President Donald Trump.

Alaska officials have not verified any claims of fraud during the 2020 elections, said Lt. Gov. Kevin Meyer, the elected official who oversees the state’s elections.

“Whether these concerns are real or perceived, we must find a way to restore all people’s faith in elections,” Shower said.

His first attempt to do that prompted a wave of criticism.

As initially written, the bill would have outlawed by-mail voting in some rural elections; that provision has been removed. Municipal elections, affected under the first version of the bill, are no longer mentioned.

The new version of the bill also preserves an automatic voter registration program approved in a 2016 ballot initiative. At Meyer’s request, the original bill would have turned the program into an opt-in effort rather than an opt-out one.

That change is gone, and the only change is to request that PFD applicants list their state House district.

Shower has also added Democratic-favored ideas, including a period after Election Day in which voters can fix problems that might cause their votes to be thrown out.

Anchorage’s municipal election has such a period, and Tuck’s legislation includes it.

Both Tuck and Shower are proposing to allow semi-permanent absentee ballot registrations. Under Shower’s plan, voters could automatically receive absentee ballots for four years before being prompted for a new request. Currently, voters must request an absentee ballot in each election year.

In addition to the new ID system, Shower’s bill makes the state’s voter registration database a priority. The state currently has more people registered to vote than people eligible to vote, according to estimates by the United States Elections Project at the University of Florida.

“That was kind of an embarrassment this last election,” Meyer said.

Shower said that when combined with a data breach that exposed elections information for 113,000 state residents, the current voter list puts the state at risk because someone could maliciously request absentee ballots, then submit them.

The bill requires the voter registry to be more frequently cross-checked, updated and audited. That could result in more people being purged from the rolls, and in other states, problematic purges have prompted accusations of voter suppression.

Here, Shower said he’s trying to be as transparent as possible to make it clear that suppression is not his goal.

Alaska allows any voter to vote absentee by mail for any reason, and that doesn’t change in Shower’s bill.

The bill does change the submission process for mailed absentee ballots. Those ballots must be co-signed by a witness (this rule was waived for 2020), but under Shower’s proposal, most witnesses would be required to provide additional identifying information.

Shower, who works for FedEx when not in the Legislature, said other elements of the bill would encourage a package-tracking-like system for mailed-in ballots, allowing voters to digitally follow the progress of their ballot until it is counted or rejected.

Absentee ballot deadlines — a contentious issue in other states — would become more strict, but not unusually so.

Shower intends his proposals to be in place for the 2022 election, but Meyer is skeptical that will happen. Practically, he said, the Division of Elections is already dealing with a new ranked-choice voting system and the state’s once-per-decade redistricting process.

There are political obstacles as well, he said. Before becoming lieutenant governor, Meyer served as Senate president, and he doubts Shower’s bill will make it through the Legislature this year. The Legislature is already three-quarters of the way through its 121-day session.

“I would be surprised if any elections-related bill passes this year,” he said.