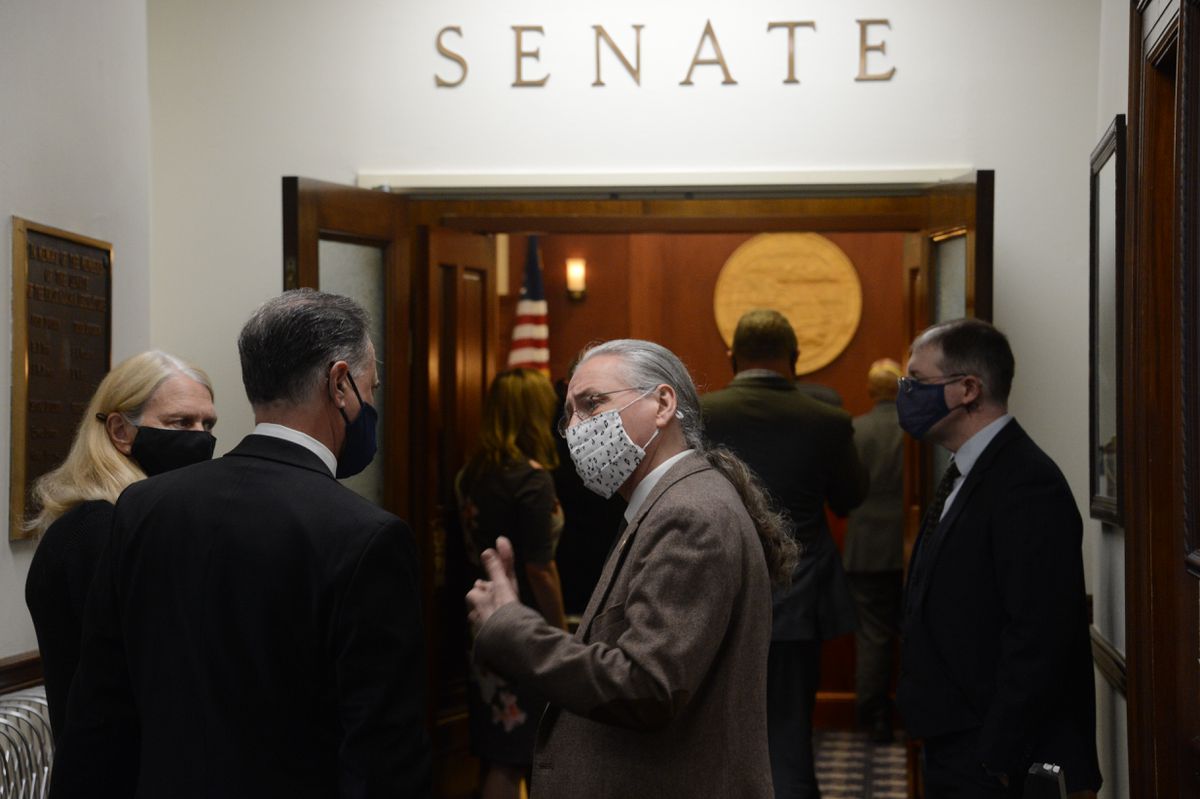 JUNEAU — The Alaska Legislature has approved a plan to retroactively extend Alaska’s COVID-19 emergency declaration through the end of the year and keep the state eligible for millions of dollars in federal aid.

Senators voted 14-6 on Wednesday to approve a modified version of a bill that passed the House in March. Around 8:30 p.m., the House voted 25-15 to agree with the Senate changes and send the bill to Gov. Mike Dunleavy.

Jeff Turner, a spokesman for the governor, said Dunleavy will review the bill Thursday.

Alaska’s COVID-19 emergency declaration expired in February, but legislators and the governor need to have some kind of disaster declaration in place by Friday to keep Alaska eligible for $8 million in extra monthly food assistance benefits paid to low-income Alaskans.

In the longer term, operating without a declared disaster would endanger access to tens of millions of dollars in FEMA disaster aid. It could also cause problems for the handling of COVID-19 vaccines and treatments.

Senators debated amendments to the bill for nearly seven hours but made few changes to a proposal that had already been modified by the Senate Finance Committee.

The biggest debate was over the disaster declaration at the heart of the bill. Most members of the predominantly Republican Senate majority favor a “disaster declaration lite,” a system by which Health and Social Services Commissioner Adam Crum can declare a limited public health emergency on his own.

That’s an approach used in Michigan, where the state supreme court invalidated a statewide disaster declared by its governor. Michigan is the only other state without an active statewide COVID-19 disaster declaration.

Republican senators here urged the Senate to choose the “Michigan language” instead of a broad disaster declaration. They said that with vaccination rates rising, they doubt whether Dunleavy still needs broad powers to suspend regulations and impose mandates that have the force of law.

But that idea doesn’t have majority support in the Alaska House, where lawmakers want a broad emergency declaration to give Dunleavy the flexibility to deal with potential problems. The version of the bill that passed the House in March didn’t include the “lite” approach favored by the Senate.

“For some folks in this building, (disaster) is a trigger word. For others, it’s the magic word. I will leave that for you to decide,” Sen. Natasha von Imhof, R-Anchorage, said to fellow senators during a floor speech.

Had the Senate killed the House plan in favor of its own, the bill could have been bogged down in negotiations, and lawmakers would have missed the Friday deadline to receive April’s allotment of additional federal food assistance.

As a compromise, the bill advancing to the governor includes both the broader declaration and the “lite” option.

Several lawmakers pointed out that nothing prevents Dunleavy from signing the bill, immediately ending the disaster declaration sought by the House and having Crum declare a limited disaster with his new powers.

Sen. Bill Wielechowski, D-Anchorage, said he expects the governor to do exactly that.

“He’ll sign it and just end it,” Wielechowski said.

Asked Tuesday whether Dunleavy will take that approach, Turner provided the following statement: “Gov. Dunleavy has made it clear he no longer believes an emergency declaration is necessary or productive in fighting the virus. Alaska has one of the nation’s highest vaccination rates and is assisting Alaskan businesses and employees in returning to normal.

“The governor has asked lawmakers to send him pared down legislation that continues the current vaccination plan, allows the acceptance of federal COVID relief funds and ensures that Alaskans with food insecurity can continue receiving enhanced SNAP benefits,” Dunleavy’s statement said.