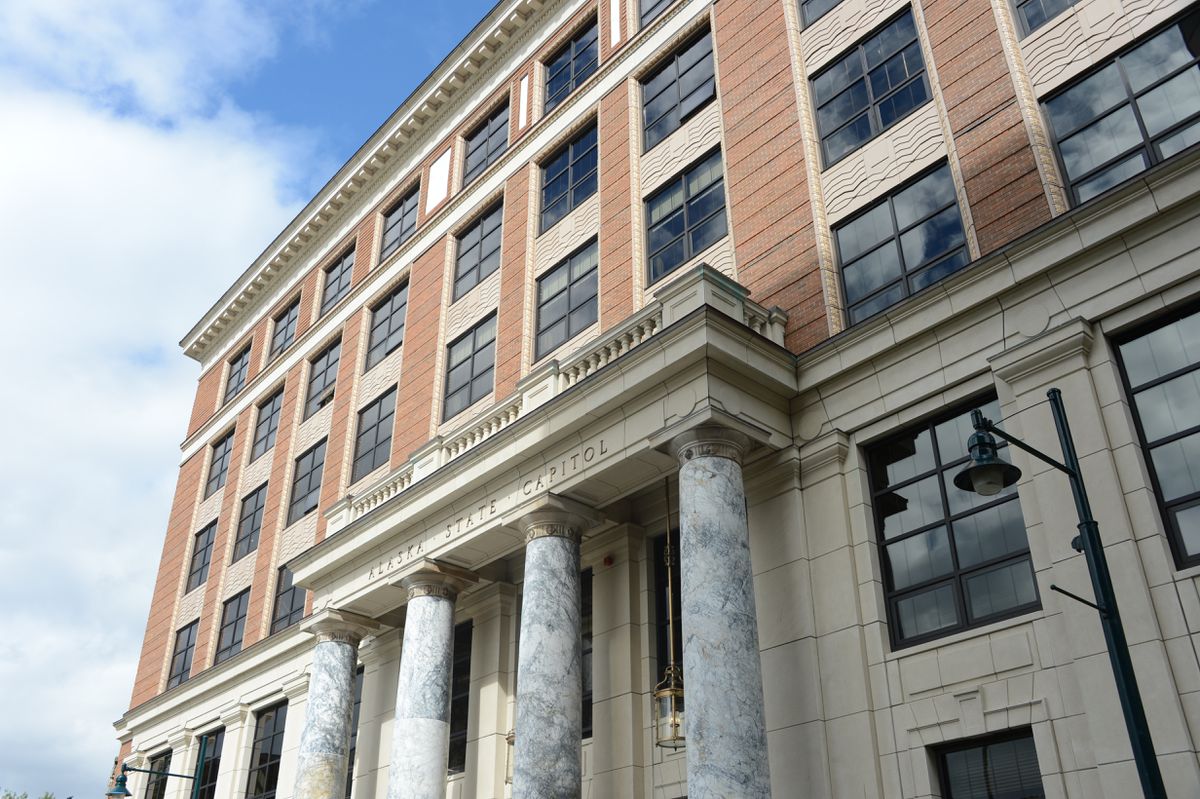 JUNEAU — The Alaska Legislature convened in special session here on Wednesday in a last-days attempt to avert an unprecedented statewide government shutdown.

No votes took place Wednesday, and many lawmakers were absent as business leaders lobbied the Legislature and Gov. Mike Dunleavy, asking them to approve budgetary language needed to keep services functioning past June 30.

Without prompt action, the groups said, businesses and the state’s economy will suffer.

Alaska’s fiscal year starts July 1, and most services cannot be delivered in the new fiscal year without a budget. The state House and Senate approved the text of a budget last week, but opposition from Republican members of the House caused the failure of a clause that allows the budget to take effect at the start of the fiscal year.

Without the “effective date clause,” the budget may not take effect until September.

Members of the coalition majority that controls the House have said they believe the budget can still take effect on July 1 because of different, retroactive language within the budget bill, but Dunleavy said the absence of the effective date clause makes the budget “defective,” and he is unwilling to sign it.

“We are negotiating with the House minority. Nobody wants to shut down. And I’m very optimistic that we’re gonna come to a resolution sooner than later,” said Speaker of the House Louise Stutes, R-Kodiak.

Senate awaits action in the House

Senate President Peter Micciche, R-Soldotna, said the Senate is effectively in a holding pattern until the House acts. Only 11 senators were present in the Capitol on Wednesday.

“If there’s any way that we can support the majority and minority in the other body, we’re happy to do that. But this seems to be an issue between them, and we are certainly hoping and praying that they come to resolution here in the next couple of days,” he said.

As a third option, lawmakers could start over on the budget altogether. Dunleavy has introduced a new budget proposal, but legislative leaders don’t believe there’s enough time for a fresh budget bill to pass both House and Senate before July 1.

As the special session reconvened, some of the state’s largest business groups signed a letter asking lawmakers and the governor to approve the effective date clause.

The letter, organized by the Alaska Chamber of Commerce, was signed by trade groups representing the mining, oil and gas, trucking, construction, tourism and fishing industries.

“Each of our different industries has a story about how (a shutdown) impacts us, but certainly, for the oil and gas industry, if you start shutting down some state agencies, even if it’s just a temporary ... that’s not good for anybody, especially coming out of the COVID economy that we were in,” she said.

Chris Barrows, executive director of the Pacific Seafood Processors Association, signed the Chamber letter and submitted one of his own.

“One immediate consequence is a possible shutdown of Alaska’s largest and most valuable commercial salmon fishery in Bristol Bay, the peak of which typically occurs the first week of July,” he wrote.

By phone, he said any shutdown “will be very bad for business and very bad for state’s economy, particularly coming out of COVID.”

House Republicans have a variety of requests in exchange for their votes on the effective date clause, but one of the most common requests is action toward a comprehensive fiscal plan. That plan likely would have to include some version of one or more constitutional amendments proposed by Dunleavy.

Logan said the majority of the organizations who signed the Chamber letter have been seeking a long-term fiscal plan for 20 years or more.

“I know that some folks are thinking that holding out, gets that discussion going,” she said, but for the groups that signed the letter, “we’re just more concerned about the impacts of a shutdown on our industry.”

In addition to seeking a solution in the Legislature, the Dunleavy administration has asked the Alaska Court System to get involved.

Anchorage Superior Court Judge Herman Walker Jr. has approved the attorney general’s request for a speedy hearing and has scheduled courtroom arguments for noon Tuesday. The attorney general has requested a verdict by June 30, the last day before the shutdown.