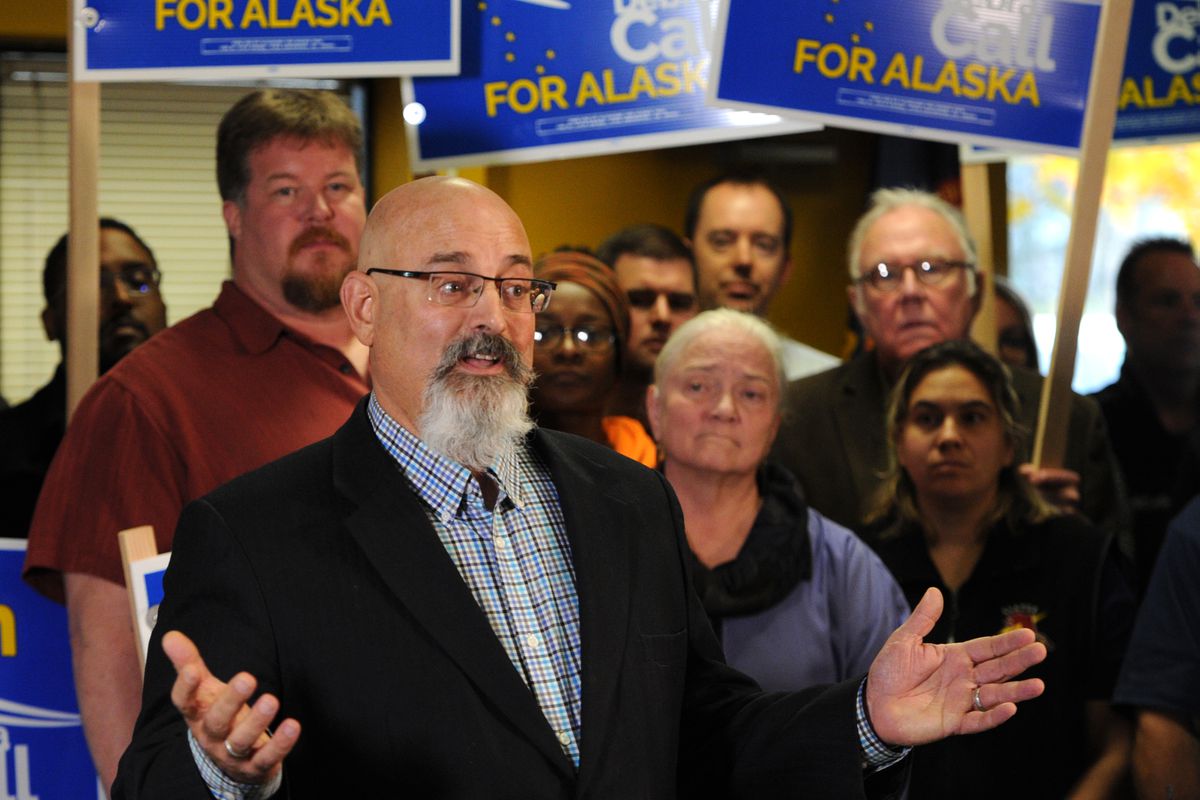 "This was not a difficult decision," Alaska AFL-CIO president Vince Beltrami said in a news conference Monday afternoon, members gathered behind him holding up signs for Begich and his running mate for lieutenant governor, Debra Call.

The Alaska AFL-CIO represents 60,000 union members belonging to more than 50 affiliated unions statewide, according to its website.

Dozens of leaders of the AFL-CIO affiliated unions convened in a conference call on Sunday and unanimously endorsed Begich now that Walker is out of the race.

"It has been a tumultuous past week, of course, with Gov. Walker suspending his campaign" Beltrami said. "We were faced with what we had hoped for all along, which was two-way race. Though it may not have worked out exactly as everyone wanted it."

The labor group "will dig in with every ounce of energy we have to help Mark Begich defeat Mike Dunleavy," Beltrami said in a written statement. Early voting started Monday and Election Day is Nov. 6.

One place where the Alaska AFL-CIO and Dunleavy do line up is on their opposition to Ballot Measure 1, also known as the Stand for Salmon initiative.

"That's probably the only thing we're on the same side of (Dunleavy) as," Beltrami said, "at least through our endorsement." Begich has said he supports the Stand for Salmon measure.