Can Alaska Native people be the healthiest in the world?

SPONSORED: From Okinawa to Iceland to the Mediterranean, you might be surprised to learn how much the healthiest populations on Earth have in common with Alaska Native people.

They’re recognized as some of the healthiest people in the world. Do Alaska Native people belong on that list?

For the Alaskans who gathered to form the first board of directors of the Alaska Native Tribal Health Consortium in 1998, the answer was a strong, clear “yes.”

Chair Don Kasheveroff, who was guiding the board through development of a strategic plan, urged the leadership of the new Tribal health consortium to take on a “big, hairy, audacious goal” -- a mission and vision that exceeded the everyday.

“There was a great feeling in the room that people really could see beyond the statistics to a very different future,” said Paul Sherry, who served as ANTHC’s first CEO.

Alaska Native people had already accomplished something that had once seemed impossible by bringing self-determination to Tribal health care. Why stop there?

“He said, ‘Why not go for something that’s the bigger picture?’” recalled Evelyn Beeter, who has represented unaffiliated tribes on the ANTHC board since 1998. “Why not go for that? We need to be the healthiest people in the world.”

“Alaska Native people are the healthiest people in the world.”

That’s the vision that has guided program development and goal setting at ANTHC for more than 20 years. Considering some of the well-known challenges facing Alaska Native people, it might seem like a bit of a reach. But it wasn’t picked at random. Board members said their research showed them that traditional Alaska Native lifestyles actually have a lot in common with those lived by people in places where life spans are long and disease is rare. 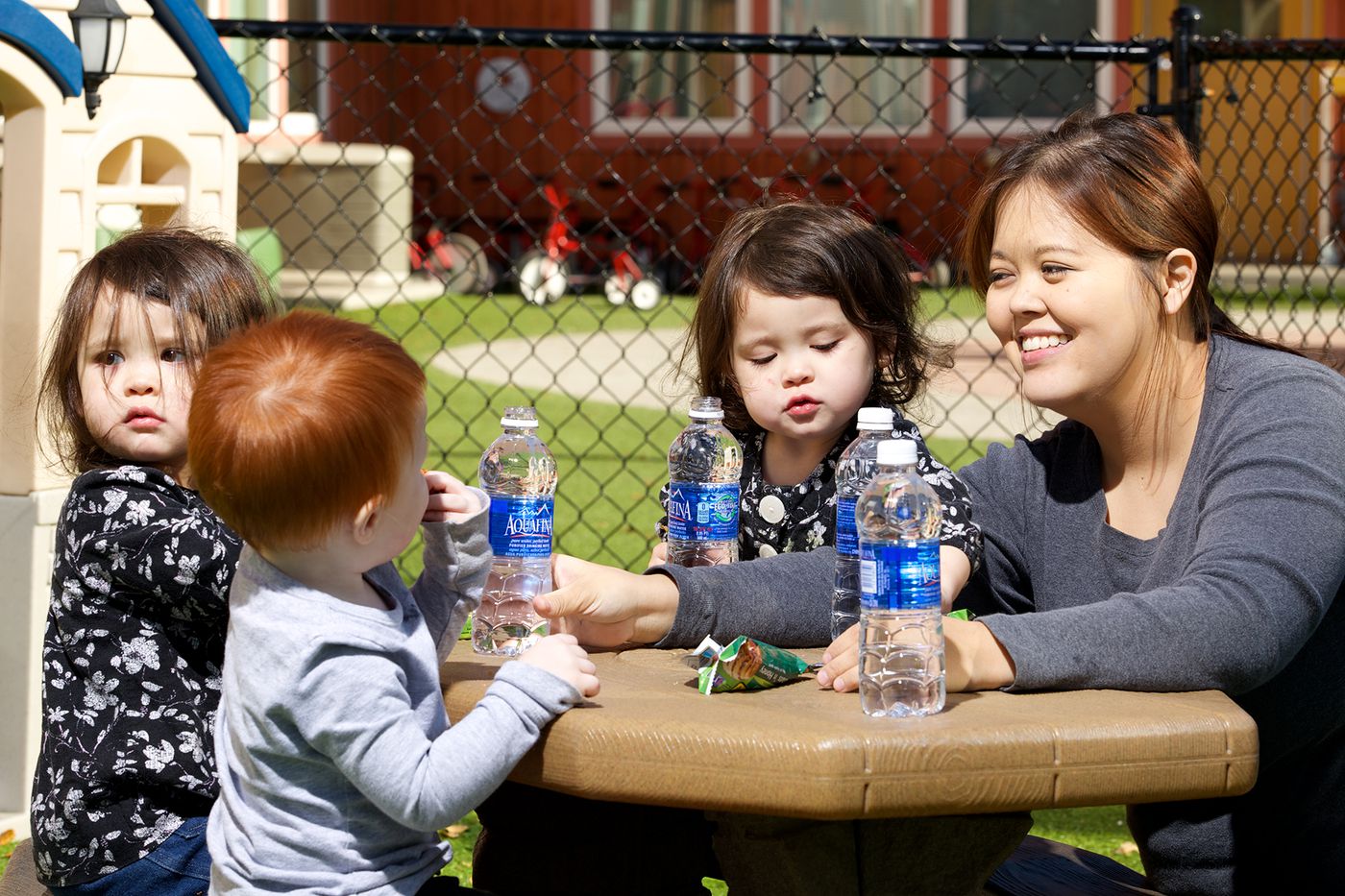 Although there’s no single definitive ranking of the healthiest populations in the world, there’s plenty of research into places where residents tend to live longer, more disease-free lives. In 2017, researcher Dan Buettner identified five “Blue Zones” where residents grow old “without health problems like heart disease, obesity, cancer, or diabetes.” This list includes places like Loma Linda, California, which is home to thousands of Seventh-Day Adventists whose faith promotes good health -- largely vegetarian or vegan diets, regular exercise, and no alcohol or other intoxicants. Another Blue Zone, Okinawa, Japan, is known for having the world’s highest occurrence of centenarians.

While the Blue Zones are all located in warmer climates, latitude isn’t necessarily a limiting factor. In Iceland, where the fish-rich diet bears resemblance to some traditional Alaska Native diets, citizens live to an average age of 83 and the infant mortality rate is one of the lowest in the world. Finland famously launched nationwide programs to fight its once-high rates of smoking and heart disease; the country that had a life expectancy of 68 in 1960 now has an average life span of more than 81 years. In fact, people across Scandinavia enjoy long life expectancies and are recognized as some of the healthiest -- and happiest -- on the planet.

The habits of healthy people

So why don’t Alaska Native people currently rank on these lists of the world’s healthiest? The answer lies in challenges that followed in the wake of colonization and Americanization -- the impact of which is still felt across Alaska Native communities.

In 2017, Alaska Native people had a life expectancy of 70.7 years, compared to a national average of 78.69. That’s closer to what the average American’s life expectancy would have been in 1960, according to World Bank data. Contributing to that disparity are unintentional injury, suicide, tobacco use, and obesity, all of which are experienced by Alaska Native people at much higher rates than non-Natives. Binge drinking, which has decreased among Alaska Natives since the 1990s, is still slightly more common among both Native and non-Native Alaskans than it is nationwide.

“We need to get back to the basics of who we are and use those principles to shape our health,” Beeter said.

Criteria vary, but there are some common characteristics connecting the people who are said to be among the world’s healthiest. They get some routine exercise (like walking) every day, eat and drink in moderation, and live in society. Diets vary from group to group, but they tend toward traditional, regional foods -- fish in Scandinavia, sweet potatoes in Okinawa, whole grains in Sardinia. Healthy people have a sense of purpose and belonging. They often belong to faith communities. A clean environment and access to good health care are pieces of the equation, too.

“They’re not rocket science,” Sherry said. “When we looked at that, what people realized was that Native people live eight out of nine of those probably better than non-Native people. They live off the land, they eat natural food, they breathe clean air.”

As the board saw it, if Alaska Native people could have access to good medical care, learn to navigate the Western diet and avoid or overcome substance abuse, there was no reason they couldn’t be ranked among the world’s healthiest people, too.

“Once upon a time we were (among the healthiest people in the world),” said Beeter, who is Athabascan from the Copper River region. “All of us were, once upon a time. The Yupiks and Inupiaq, they eat off the ocean there. We lived off of moose and caribou and rabbits and all of that. We took care of ourselves.”

A cultural tradition of good health

Traditional Alaska Native cultures have a lot in common with the people thought to be the world’s healthiest: eating off the land, living in close-knit communities with shared values, having a sense of connection and purpose. A subsistence lifestyle means lots of everyday physical activity, too, and among other things, the Blue Zone study found that “routine natural movement is one of the most impactful ways to increase your life span, and a common habit among the world’s longest-lived populations.”

That’s one reason why many Tribal groups are supplementing ANTHC services -- like improved sanitation and comprehensive health care -- with cultural programs meant to reclaim traditions that have been lost through decades of forced assimilation.

“Our world has broken apart and we're trying to take all those pieces back and try to fix it in some way so that we can survive,” Beeter said.

She said it’s important to invest in camps and programs that teach subsistence and survival skills, familiarize young people with their lands, and reinvigorate languages, as many Tribal governments and corporations are doing.

Research shows that not knowing one’s own culture and language is a trauma that directly impacts American Indian and Alaska Native people. A University of Alaska evaluation published earlier this year found evidence that cultural camps have the power to reduce suicide risk among Alaska Native youth.

“The problem is still there,” Sherry said. “But what I see is that many more people have made choices for sobriety. I think the whole emergence of the pride in culture, in dance, in language, in art, in all of that is reflective of the people moving away from the problems of substance abuse. Those things are coming back very strong now.”

“We’re strong people,” Beeter said. “We can get back there if we put our minds to it.”

This story was sponsored by Alaska Native Tribal Health Consortium, a statewide nonprofit Tribal health organization working to meet the physical, behavioral, and environmental health needs of more than 175,000 Alaska Native and American Indian people living in Alaska so that they can fulfill the vision of being the healthiest people in the world.

This story was produced by the creative services department of the Anchorage Daily News in collaboration with Alaska Native Tribal Health Consortium. The ADN newsroom was not involved in its production.