MAKING IT: A new vision for veterinary care in Alaska

SPONSORED: Dr. Sean and Dr. Sara McPeck are vets -- and they’re vets. Here’s how this couple tapped into their experience caring for military dogs in Afghanistan to build a first-of-its-kind comprehensive veterinary medical center in Palmer.

Going to the veterinarian often isn’t much fun for pets -- or their owners. But Wasilla resident Claire Swigard says when she takes her three-year-old Malemute to the vet, he can’t wait to get inside.

“Jackson is so excited to get to go there,” Swigard said.

Swigard and Jackson go to Tier 1 Veterinary Medical Center in Palmer, a new business that’s rethinking the way veterinary care is delivered in Alaska -- with full-service offerings, top-of-the-line equipment and a low-stress philosophy informed by the owners’ experiences as military veterinarians.

Vets in more ways than one

Veterinarians Dr. Sean and Dr. Sara McPeck served in the Helmand Province of Afghanistan, where they were both deployed with the U.S. Army Veterinary Corps. Sean, who enlisted in 1996, had twice been selected for the Army’s elite 75th Ranger Regiment -- once as an enlisted soldier and again 13 years later as a captain after he returned to active duty while in veterinary school.

It was during his multiple deployments to Afghanistan, caring for the Marines’ IED detection dogs, and within Special Operations, that Sean McPeck began to envision a different kind of veterinary practice. As part of his work, he was involved in designing kennels and hospitals for military dogs, who can experience stress and trauma just as humans who serve in the military. As he learned to recognize and treat canine post-traumatic stress disorder, he imagined an animal hospital that would minimize stress for pets and owners alike. 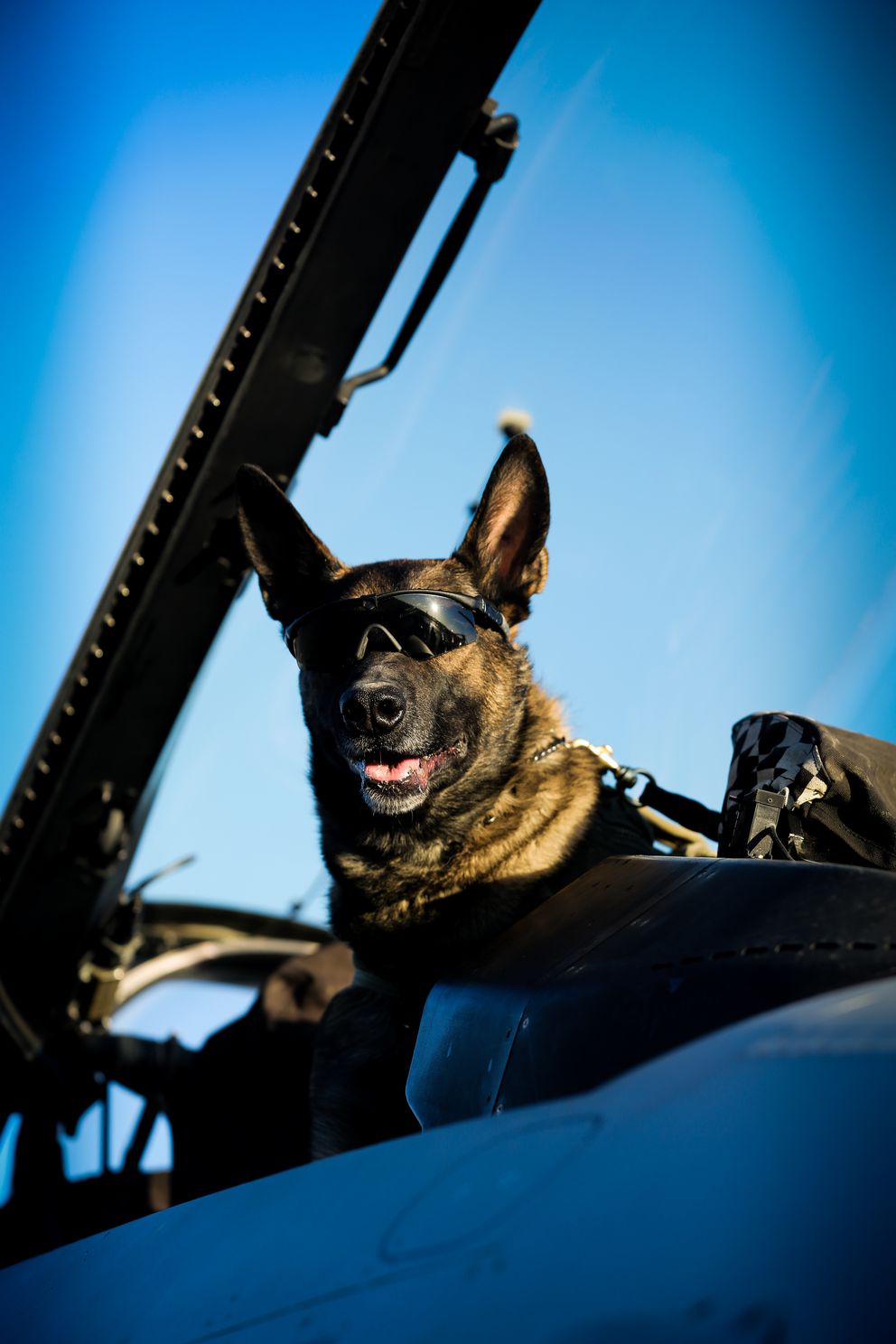 When the McPecks’ daughter was born, Sean decided it was time to transition from his career in active duty to the civilian world. The McPecks chose to settle in the Mat-Su area, where Sean spent his childhood, raised in a log house built by his father, Hugh McPeck. Today, their family has grown to include three children, two dogs, an elusive cat, and some fish the cat has not yet found.

“Chop wood, carry water -- that’s how I grew up. That is how a lot of Alaskans grow up,” Sean said. Although Sara didn’t grow up in Alaska, Sean said she embraced the northern lifestyle, too. A former collegiate field hockey player, this year she officially became a “hockey mom,” and she’s quickly learning how the rules change from the field to the rink.

A new kind of veterinary practice

Knowing how much Alaskans love their animals, and with firsthand experience treating working dogs for both physical and mental trauma, the McPecks wanted to build a veterinary practice unlike any other in the state.

“I wanted to create an extraordinary animal hospital for Alaskans and other doctors of veterinary medicine alike,” said Sean McPeck.

In the military community, McPeck said, “Tier 1” refers to elite special operations forces such as the 75th Ranger Regiment, and the business has also provided a way for the McPecks to lend a hand to other military families. In addition to the McPecks’ Army backgrounds, Sean McPeck teaches Canine Tactical Combat Casualty Care courses for federal and local law enforcement personnel and emergency responders across the country, including the Anchorage Police Department and Alaska State Troopers. The medical center also offers a discount to military and law enforcement personnel.

Applying the leadership and team-building skills they learned in the military, the McPecks set out to build a business that would emphasize attracting and retaining talent, from support staff to specialists. To promote training and education, Tier 1 was built with a 40-person classroom in the heart of the building, with observation windows overlooking the main surgical suite. The business offers courses for the general public, such as animal first aid, as well as an in-house career training program.

“Within two years we can prepare candidates who are motivated and want to learn to be ready to take the national exam to become a licensed veterinary technician, without leaving the state,” McPeck said.

Tier 1’s building is designed with its patients’ comfort in mind. Waiting areas are intentionally crafted to minimize stressful interactions between animals. Built-in sound dampening helps reduce unfamiliar noises. Relaxing pheromones are diffused in the exam rooms and placed in kennels and carriers.

“We try to incorporate what is called a ‘fear-free’ technique,” McPeck said. “A lot of it has to do with body language, being able to recognize an animal when they’re stressed.” Tier 1 also uses a “less is more” approach to restraint, he added, to avoid triggering animals’ natural instincts to try and break loose. 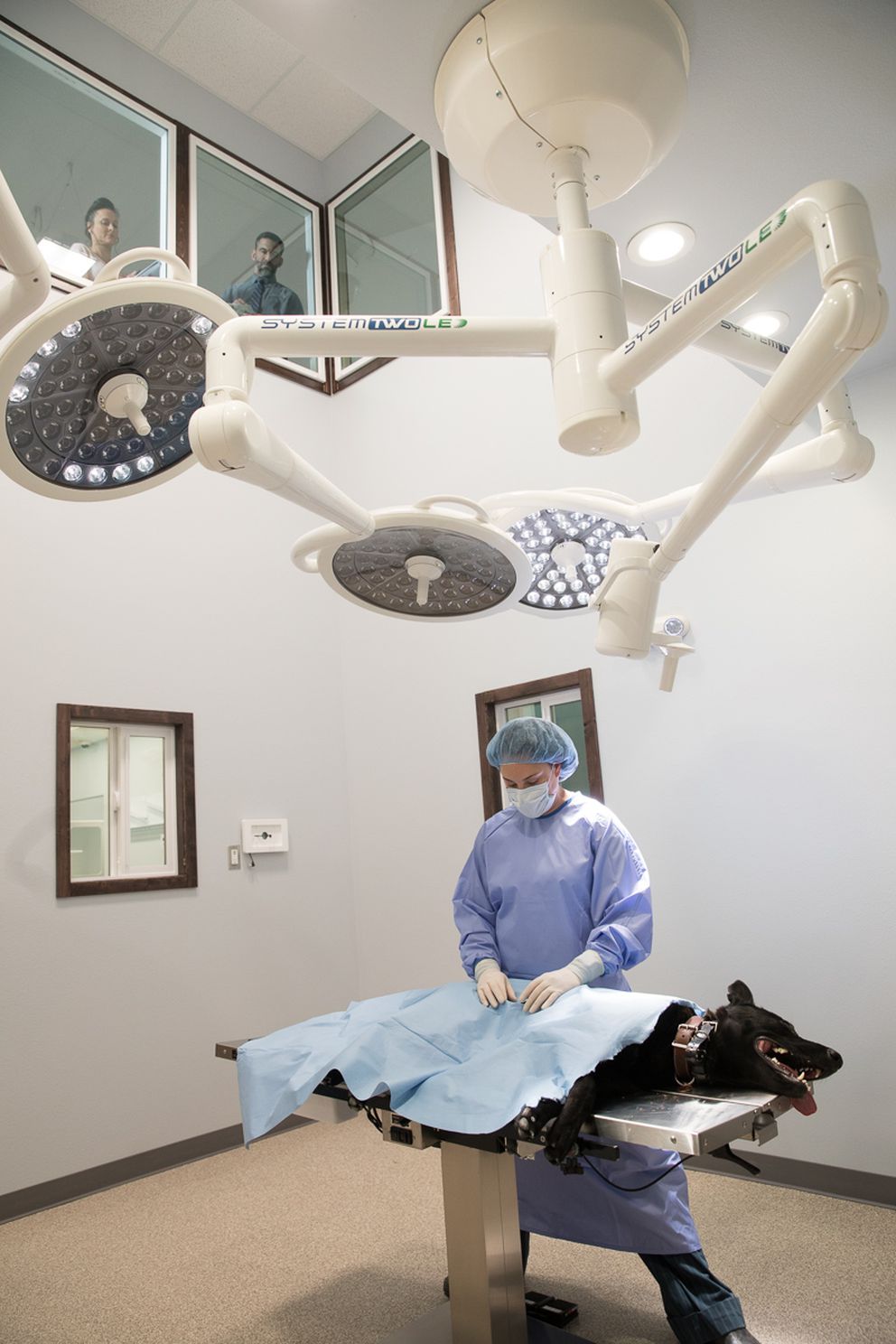 And true to the original vision, Tier 1 has brought numerous specialty services under one roof. In addition to general veterinary care, the medical center’s offerings include emergency care, hospitalization and medical boarding, diagnostic testing such as CT scans and fluoroscopy, surgery, stem cell therapy, acupuncture and specialists in oncology and surgery. The facility also has a 2,000-square-foot rehabilitation and conditioning center with canine treadmills (including one underwater treadmill) and other equipment to treat dogs with arthritis, obesity and post-surgical rehab needs.

Building a medical center from the ground up has required a significant investment in the facility, equipment and staff -- and all three had to be top-notch for the idea to work, McPeck said.

“Professionals want to use professional equipment, so it really took me investing in the best equipment available,” McPeck said.

He brought his business plan to several different banks and was turned down for financing.

“They said, ‘I don’t see how this is going to be profitable … This is not going to be successful in Alaska,’” McPeck recalled.

He made one more appointment, this time with Senior Vice President Craig Thorn at First National Bank Alaska.

“Craig saw the vision. He believed in it right off the bat,” McPeck said. “FNBA saw how this could shape our community and how Alaskans would embrace having access to advanced veterinary care.”

Tier 1 opened its doors in July 2018. Since then, McPeck estimates the business has seen about 11,000 animal patients.

“I think it's pretty unique that my wife and I are both veterans, and both veterinarians,” McPeck said. “We both wore the uniform, we both served in Afghanistan, and we both love taking care of the community.”

‘They just embrace everybody’

If Tier 1’s goal is to make going to the vet a happy experience for pets and their owners, clients say it’s working.

Cathy Thews and her two French bulldogs, Mimi and Bandit, followed the McPecks to Tier 1 from another practice.

“I literally refuse to take my pets anywhere else,” Thews said. Health problems are common among “Frenchies,” and Thews said not all vets are well-versed in how to care for them. “That’s why I’m very fussy as to where I take my pups.”

Thews first met the McPecks by chance after seeking a second opinion for Bandit’s neck pain.

“The one thing I loved about (Sean McPeck) most was that he introduced himself to my pets first,” Thews said. “I've just never met a married couple that is so darn caring and loving. They just embrace everybody.”

That feeling extends across the Tier 1 practice, she added.

“All the doctors I've seen there are just very nice,” Thews said. “The nicest thing about them all is they like to get to know your pets. They're trying to make sure your little fur baby is as comfortable as possible.”

Claire Swigard, whose dog Jackson loves visiting Tier 1, said the practice has gone above and beyond to take care of her and her pets. After another one of her dogs died, they sent her flowers and made her a print of one of his paws. Before she adopted Jackson, Sean McPeck insisted on giving him a thorough examination to ensure he had a clean bill of health. And when she and Jackson traveled to Arizona, she said, McPeck tapped into his experiences in Afghanistan to give her thorough advice for keeping a dog safe in hot weather.

First National Bank Alaska has been Alaska’s community bank since 1922. We’re proud to support Alaskans by investing in your success as you take the leaps of faith, large and small, that enrich communities across the state.

This article was produced by the creative services department of Anchorage Daily News in collaboration with First National Bank Alaska. The ADN newsroom was not involved in its production.