SPONSORED: For Gage Hoffman, bringing Yup’ik to Stanford is a way to live his culture, even though he’s thousands of miles from home.

For Alaska students who leave the state to attend college, adjustment to life Outside can be a challenge -- even for a kid like Gage Hoffman, who grew up hoping to attend Stanford University after finishing high school in his hometown of Bethel.

“I always had the goal of coming here,” said Hoffman, now 21 and a senior psychology major at the prestigious California school. His mother is a Stanford alumnus, and Hoffman was familiar with the campus before he enrolled as a freshman three years ago. Still, the lifestyle change from the Yukon-Kuskokwim Delta to sunny California was jarring. Stanford has about 29,000 students and staff, two ZIP codes of its own, and a campus that covers nearly 13 square miles. Bethel, on the other hand, has fewer than 6,500 residents spread across an area about four times the size of Stanford’s campus.

It’s a bit of an understatement to say there are differences between Hoffman’s life at home and his life at school. 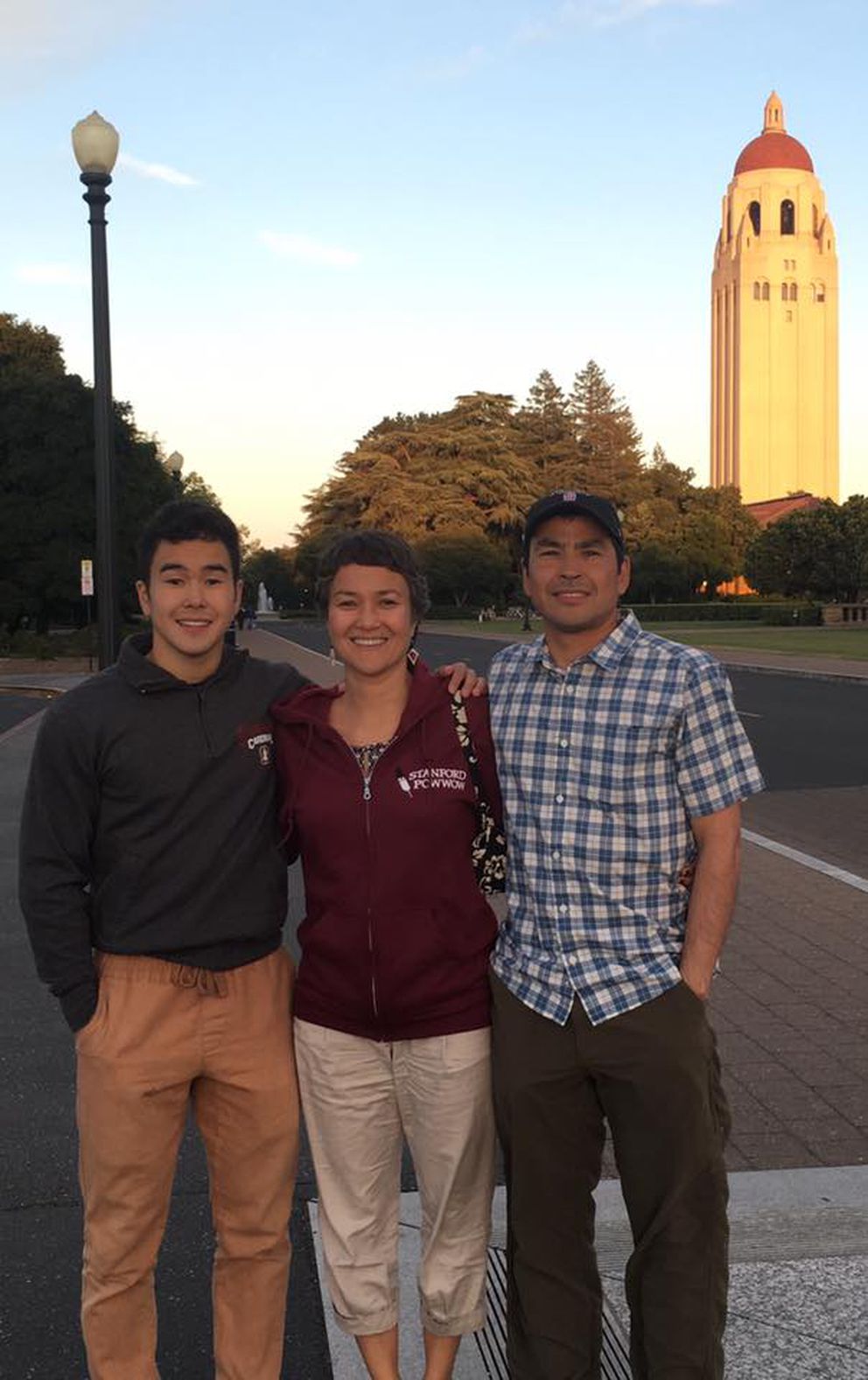 “The biggest is not having any family here, and not being able to go out and hunt in the wilderness,” he said. “I eat differently here than I do at home. My mom cooks a lot of Native foods. (It’s a) totally different diet.”

Hoffman’s transition was eased by a friendship with one of his high school classmates, Haley O’Brien, who enrolled at Stanford at the same time Hoffman did. Having someone around who shared his culture and experiences felt “like a piece of home,” he said.

“One big thing about going to college outside of Alaska is being afraid you’re not going to make friends right away,” he said. “Being able to share that experience (with O’Brien) was a lot more comforting. I could always confide in her.”

After three years, Hoffman said he loves California life -- “It’s hard to dislike sunny weather,” he admitted -- but he still found he was hungry for more than the dried fish his mom sometimes sends in the mail. He missed being immersed in his culture.

That’s how Hoffman and O’Brien came to establish a Yup’ik language class at Stanford, where every undergraduate student is required to take a year of a foreign language.

“I knew that we had a lot of interest in an Alaska Native language,” said Hoffman, who attended Yup’ik immersion school as a child in Bethel. In addition to academic courses in commonly taught languages like French and Spanish, Stanford’s Special Language Program provides opportunities for students to study languages like Lakota, Haitian Creole and Sanskrit. Hoffman has already taken courses in Native Hawaiian and Cherokee. This fall, Yup’ik joined the lineup.

Hoffman serves as the teacher’s aide for the course, which is taught remotely from Anchorage and Bethel by instructor Barbara Liu. Currently there are five students enrolled, three of them Alaska Native and two from outside Alaska. They meet for two hours every Tuesday and Thursday to learn basic Yup’ik vocabulary and phrases, using Steven A. Jacobsen’s “A Practical Grammar of the Central Alaskan Yup’ik Eskimo Language” as their text. Liu also spends part of each class telling stories, both from traditional Native lore and from her own experiences.

“We're taking it pretty slow,” Hoffman said. “We went over the alphabet and how to pronounce each letter, which is kind of hard for the students who aren't from Alaska. We went over basic phrases, how to introduce yourself.”

Getting a taste of home twice a week has been a treat, he said. 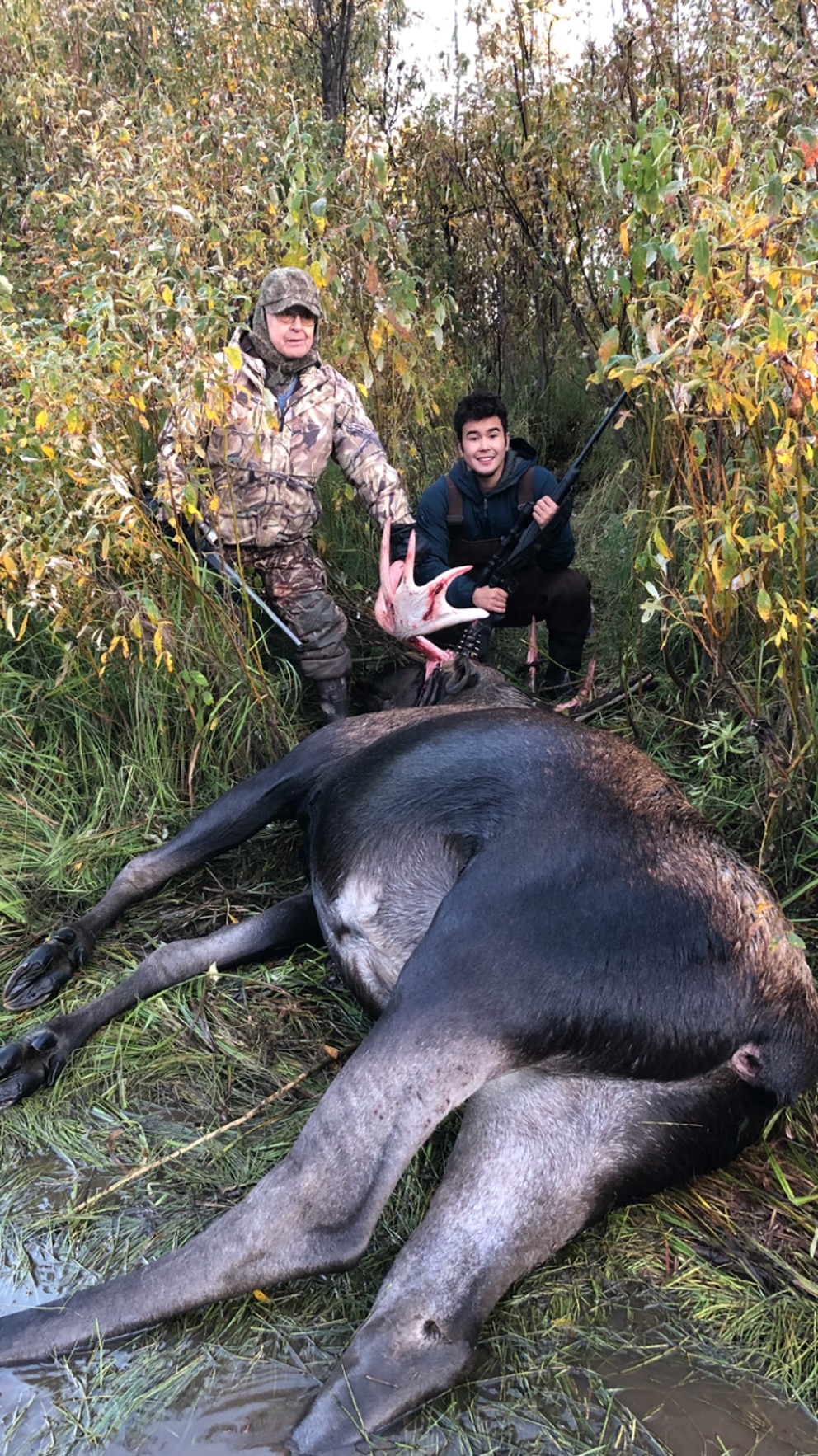 “Honestly, I’m not able to practice my culture at all here, which makes being able to get Yup’ik taught here so important to me,” Hoffman said.

Hoffman said he hopes to see the course grow in future years.

“The goal is to keep it going, because Stanford has a strong influx of Alaska Natives,” Hoffman said. “That interest will always be there.”

Having the opportunity to live and study Outside -- and share his traditional language with new friends -- has been eye opening for Hoffman.

“Outside of Alaska, the best thing about being Yup’ik is being so unique -- how intrigued people are in your lifestyle,” he said. “That was just my life. I didn’t think much of it. As I grew older, I realized that that aspect of my life and my lifestyle was very unique.”

Traditional culture was an integral part of his childhood in Bethel.

“My mom and dad made sure I was into our cultural practices,” Hoffman said. “I started going moose hunting at the age of 7 with my dad. Every summer, we go fishing for salmon. We also do a lot of duck hunting and goose hunting, seal hunting.”

Subsistence is a way to put food on the table, of course, but it’s more than that for Hoffman -- it’s a way to practice his culture.

“The way that we hunt is different now,” Hoffman said. “Obviously we have motorized boats and rifles instead of harpoons and kayaks, (but) the lifestyle is still the same. I feel strongly connected with my ancestors.”

As the way Alaskans hunt and fish has evolved, so has the cost of living off the land. From ammunition and ATV fuel to boating equipment and safety gear, contemporary subsistence activities come with a price tag. But economic opportunity hasn’t kept pace with those costs. In the Bethel Census Area, unemployment is currently 11.4 percent -- nearly four times the national unemployment rate -- and the average poverty rate from 2012 to 2016 was more than double the national average. 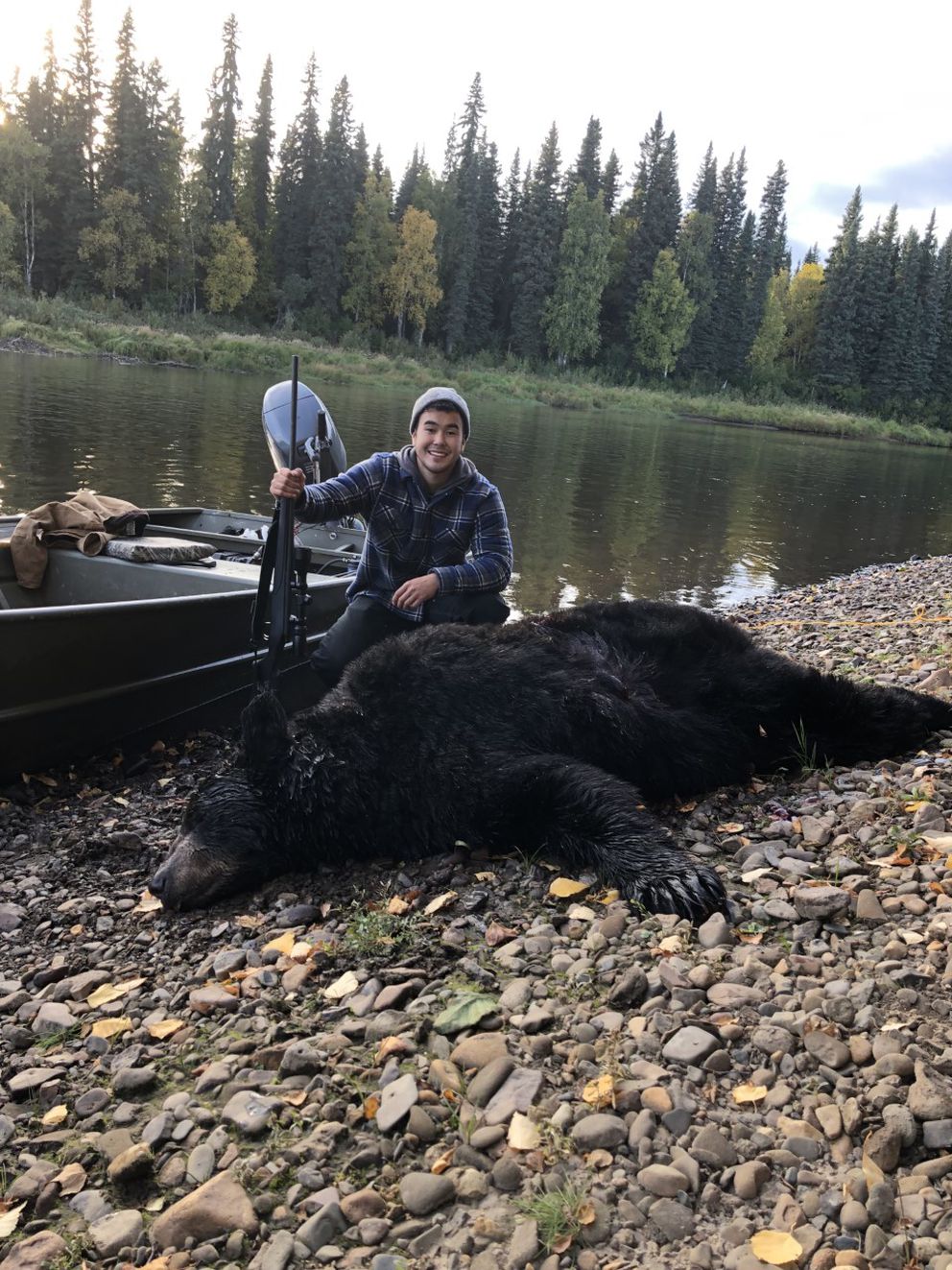 But leaders see opportunities for growth in the region. A 2018 regional development strategy commissioned by the U.S. Department of Commerce identified potential opportunities including increased investment in vocational training; development of renewable energy; improved telecommunications providing better access to online jobs; and development of the Donlin gold prospect and related infrastructure.

“(The region’s) residents have a strong culture and history of being resilient and adaptable in the face of change,” the report states, adding: “The region’s population is growing, with many young residents.”

Gage Hoffman may one day soon be among those young residents helping chart the Yukon-Kuskokwim region’s economic future. Hoffman said he plans to move back to Bethel, possibly after continuing his education with a graduate degree in business. He hasn’t narrowed in on a specific career goal yet, but he’s interested in working with an Alaska Native corporation.

One thing he knows for sure: While he’s enjoying his time living Outside, he still misses the freedom of his Alaska lifestyle and looks forward to getting back home. In the meantime, he’s enjoying sharing his culture with classmates far from Western Alaska.

“The fact that I'm able to practice my language with others and spread that even to non-Alaskans is very important to me,” Hoffman said.

How much do you know about the Donlin Gold project and the Yukon-Kuskokwim Delta Region? Test your knowledge:

Presented by Donlin Gold, committed to protecting and benefiting the Yukon Kuskokwim region.

This story was produced by the creative services department of the Anchorage Daily News in collaboration with Donlin Gold. The ADN newsroom was not involved in its production.