Where does Alaska’s internet come from?

SPONSORED: To get to your device, this link journeyed thousands of miles. Here’s how it works -- and what’s being done to make sure it keeps working.

How many times today have you used the internet?

How different would your day be if you couldn’t get online?

Reliable broadband internet access arrived in Anchorage so long ago that many of us take it for granted. But even if you remember a time when we couldn’t tweet, snap or stream from just about anywhere (not to mention attend virtual meetings, online classes and telemedicine appointments) you might not realize the incredible technological effort that goes into keeping Alaska connected.

While the devices we use to get online may be wireless, the connection that carries their signals is very real and very wired -- and, until recently, potentially very vulnerable.

How does the internet get to Alaska?

Internet service in Alaska underwent an evolution in 1999, when construction of two undersea fiber optic cables dramatically expanded the state’s connectivity. While geography and infrastructure still make it challenging to get reliable internet service to rural communities, the city-dwellers of Southcentral Alaska have been used to steady broadband access for years.

You’ve almost certainly seen fiber optic technology at work in fun, decorative applications, such as costumes lit by multicolored threads or children’s wands with an attached spray of flexible plastic fibers that sparkle with pinpoints of light. Fiber optic cables are significantly more sophisticated, but the basic principle is the same: Hidden inside layers of insulation, a core made of long glass fibers, each thinner than a human hair, transmits encoded light signals that transmit data.

Today, there are four such cables, two owned by GCI and two by Alaska Communications, running between Alaska and the Pacific Northwest. (You can check out an interactive map of all of Alaska’s subsea cables, along with the hundreds of other undersea cables in the world, at SubmarineCableMap.com.) From LiveJournal blogs and MySpace quizzes to TikTok dances, almost everything Alaskans uploaded or downloaded from 1999 to 2020 traveled along the four underwater cables that connect Alaskans to the World Wide Web -- or, rather, to the network of data exchanges that give the “web” its name.

“There is no one true existing point that’s called ‘the internet,’” explained Eric Anderson, vice president of engineering for MTA, the regional telecom cooperative based in Palmer. “There are IXPs, which are Internet Exchange Points.” MTA, for example, primarily connects to the Seattle Internet Exchange, a nonprofit IXP located in the Westin Building Exchange data center in downtown Seattle. From there, high-speed internet traffic travels to and from the IXP along a broader network of fiber optic cables.

The submarine cables that keep Alaska connected are both a marvel of modern engineering and a potential vulnerability.

Undersea cable breaks are rare, and with multiple cables in place the state hasn’t experienced a devastating internet outage up to this point. But losing even one cable can have a negative impact. Repair is challenging and expensive, especially in Alaska’s icy winter seas -- it’s not unusual for the cost of repair to come in at $1 million -- and in the meantime, communities can be left with slow or stalled internet service, as happened in Sitka and then Juneau in 2016 and more recently in Cook Inlet.

“Even though you have four cables, the two ‘backups’ aren’t simply sitting there not being used,” said MTA Wholesale Vice President Francis LaChapelle. “When one of them goes away, it causes a lot of problems.”

If more than one were to go offline, Alaska would be in big trouble.

Last year, the U.S. Geological Survey issued a warning that a slow-moving landslide in Prince William Sound’s Barry Arm could trigger a tsunami that might measure 30 feet high by the time it makes landfall in Whittier. Along with the potential for loss of life and property, LaChapelle said, two of Alaska’s four submarine cables land in Whittier, and losing them would impact connectivity all over the state.

“If that were to happen and those two landing stations go away, telecom in Alaska is going to be severely, fatally crippled,” LaChapelle said, adding that it might go down entirely in the immediate aftermath and not return to normal for months or even years.

In addition to Alaska’s risk for earthquakes and tsunamis, all four subsea cables land in the Cascadia Subduction Zone, the region of the Pacific coast that scientists believe is at high risk for a devastating seismic event.

“You don’t have to look very far to see all kinds of warnings about the next big earthquake coming in the Pacific Northwest,” LaChapelle said. “Having all of our lifelines in the same risky corridor, where every federal and state emergency agency is saying ‘It’s coming, it’s coming,’ is a pretty dicey way to plan your future.”

If Alaska’s underwater cables were put out of commission, the state has satellite capacity as a backup, but that’s no replacement for the rapid data pipeline provided by four fiber optic cables. Even with new, better performing low-Earth and mid-Earth orbit satellites like Starlink that have less delay, the service still can’t yet measure up to a fiber connection.

“What you can do on fiber is always going to be more, whether it’s bandwidth or data usage,” LaChapelle said.

A new route along an old highway

By the time the first two subsea cables turned 20, a backup connection had been on Alaska’s telecom wish list for years. The benefits to the state would be “significant,” the Denali Commission wrote in a 2019 report on the state of broadband in Alaska, both because it would increase competition and capacity, and because it would “provide a third pathway of resiliency that will guard against the impact of natural disasters such as earthquakes on the other routes.”

Behind the scenes, MTA was working to fill that need.

Known locally as “the phone company in the Valley,” LaChapelle said, MTA in recent years has been working to diversify its business. It bought Alasconnect (now known as Ampersand), an IT services company and fiber network in Fairbanks, which allowed it to expand into the Interior, and from there, it didn’t seem like such a big leap to keep building east into Canada. In 2019, MTA partnered with NorthwesTel, a telecom provider in northern Canada, to build an overland fiber optic cable connecting Alaska and Yukon Territory with the Lower 48. That line, called AlCan ONE (short for Alaska Canada Overland Network), was completed in May 2020.

In terms of the work itself, building AlCan ONE was certainly toward the more ambitious end of the scale of MTA projects, both LaChapelle and Anderson acknowledged. For one thing, there’s a considerable amount of upfront work that goes into getting access to all the land crossed by the cable. AlCan ONE largely follows the route of the Alaska Highway, making it relatively easy to access by road, but it also required coordination with numerous state, federal and Tribal governments to access the right of way.

The construction itself, by contrast, was fairly straightforward. NorthwesTel built 200 miles of the line on the Canadian side of the border, while MTA oversaw construction of the 288 miles on the Alaska side. Much of the cable could simply be dropped into trenches dug into the ground and then buried, although there were a number of literal obstacles to work around.

“You always run into having to go underneath rivers and bodies of water,” Anderson said. “We had some pretty good river crossings that we had to do.”

When the cable encounters a body of water, it doesn’t just go through the river or lake -- it goes all the way under. Construction crews would drill down below the bed, under the waterway, and back up the other side.

And as is often the case, Alaska’s climate caused a few additional wrinkles.

“One of the biggest challenges is having to deal with permafrost,” Anderson said. “When they go through permafrost, they do their best to basically cut a very small hole and then immediately backfill it.” The quick work is necessary to cause minimal disturbance to the ground. In other areas, the cable crossed through wetlands, where work had to be completed in the winter so the ground was solid enough to be safe for both the environment and the work crews.

Due to the distance covered, the signal has to be regenerated at various points along the way, and every mile or two, the cable runs through a “handhole,” where lengths of cable are spliced together. (No, it’s not one single, continuous cable running all the way from Fairbanks to Seattle.) Compared to subsea cables, repair work on the terrestrial route will be relatively straightforward, Anderson said. A line crew will be able to find the damaged section of cable and either dig it up to repair onsite or place another cable between the two handholes and splice in a new fiber.

The spliced sections also mean that as technology evolves, the line’s capabilities can easily be upgraded by installing new equipment along the route, or even branch out into new routes. AlCan ONE has more than enough capacity to provide internet service for the entire state, but as demand grows, it can be expanded to handle even more.

“Undersea cables are limited in their capacity,” LaChapelle said. “On a terrestrial fiber, you can go as big as you want.”

Already, internet connections in communities like Tok and Dot Lake have been improved by access to the new cable, which has the capacity to handle Alaska’s current average data transfer many times over. MTA’s estimates indicate that AlCan ONE can support up to 100 times as much traffic as the total used by every person in the state, on every network and every device, in a normal day.

“It’s huge,” Anderson said. (In terms of data, that is. The cable itself is smaller in diameter than a quarter.)

The overland route also goes through more seismically stable areas, meaning it’s less likely to be affected by an earthquake or tsunami. While both subsea and terrestrial cables are susceptible to damage or downtime, LaChapelle said, having an alternate route means Alaska is no longer keeping all of its telecom eggs in one undersea basket.

“We now have an asset that does a lot for the state,” LaChapelle said. “We want to make sure that we leverage that for the benefit of all Alaskans.” 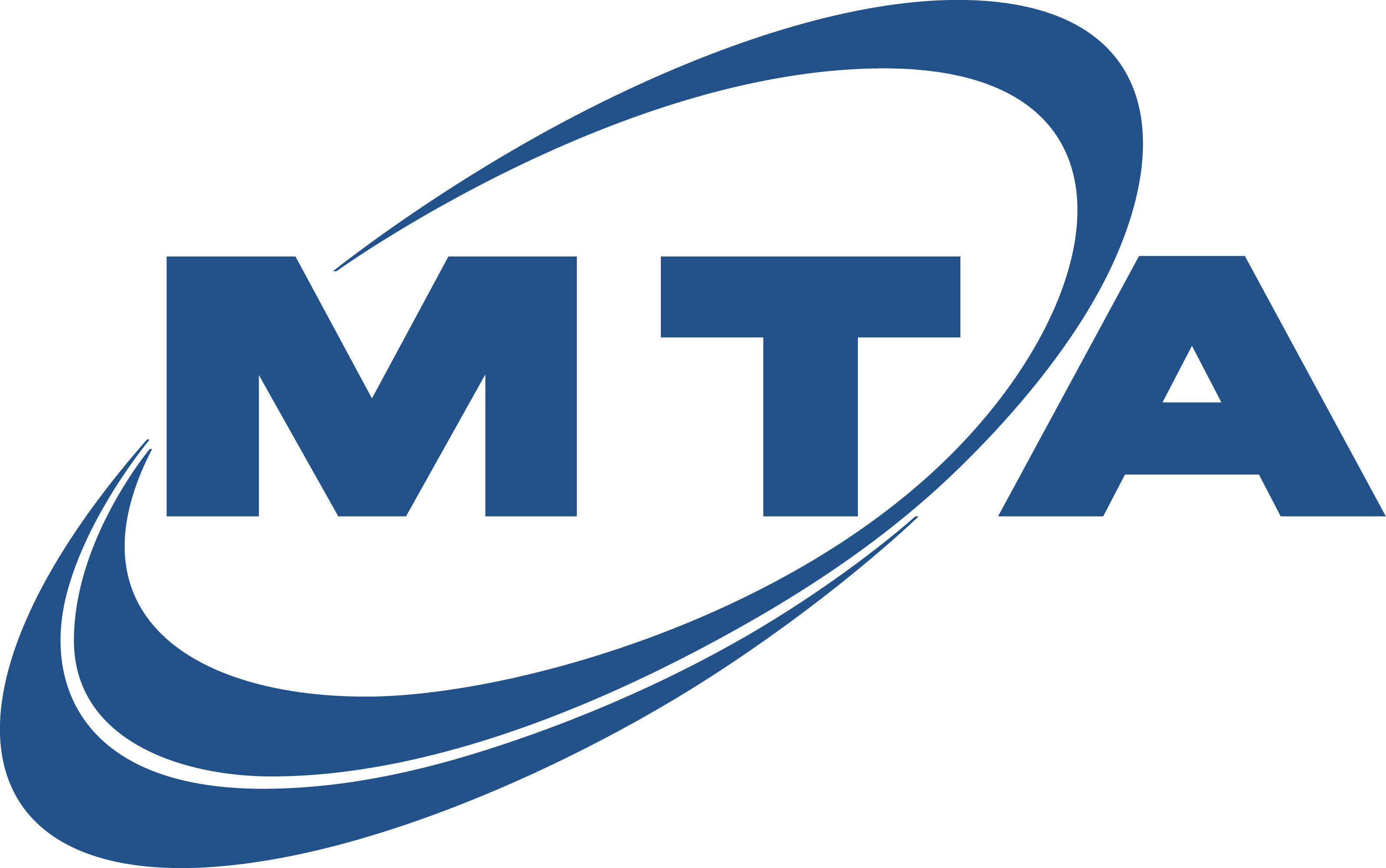 This story was produced by the sponsored content department of the Anchorage Daily News in collaboration with MTA. The ADN newsroom was not involved in its production.