For history and culture lovers, there’s no place like Sitka

SPONSORED: Once known as the “Paris of the Pacific,” Alaska’s former capital is overflowing with art, music and history that can’t be experienced anywhere else.

Imagine a seaside town with European flavor that boasts timeless art and artifacts, galleries and shopping, and world-class musical performances, all nestled on a lush island against a backdrop of rainforest and ocean views.

Now imagine you can be there by this afternoon.

Nicknamed “the Paris of the Pacific” in the 19th century, the former capital has witnessed the peaks and valleys of Alaska history and attracted creative, curious residents from around the world. The result is a community that’s steeped in culture, a prime destination for arts lovers -- and a direct flight from Anchorage.

“Sitka’s kind of like the Forrest Gump of Alaska history,” said John Dunlap, owner of Alaska Wild Coast and general manager for Adventure Sitka. “Almost everything about Alaska history somehow ties into something that happened in Sitka.”

Located in Lingit Aani, the traditional lands of the Tlingit people, in the late 1700s Sitka became the seat of government for occupying colonists from the Russian Empire.

“When we think of colonial America, we think of Boston and the East Coast,” said Bob Purvis, owner of Taste of Sitka Sea Walk Tour. “This part of the world was colonized by another country.”

Part of Sitka’s uniqueness is in the blend of indigenous and colonizing cultures. When Russian colonial governor Alexandr Baranov founded Sitka in 1799, the area was already the home of the Kiks.ádi Clan, who battled the Russians for control of their island in the early 1800s. Today, Sitka remains heavily influenced by both Russian and Tlingit culture. Visitors can view Russian Orthodox art and artifacts at St. Michael’s Orthodox Cathedral -- the first Russian Orthodox cathedral established in North America -- shop for gifts in one of the last remaining structures from Russian colonial days, and stand at the spot on Castle Hill where Alaska was transferred from Russia to the U.S. in 1867.

One of the area’s most-visited attractions is Sitka National Historical Park, known locally as Totem Park. Located on the site of the Battle of Sitka between the Kiks.ádi and the Russians, the park features a museum and the original Russian Orthodox bishop’s house, but it is best known for the Totem Trail, an accessible, family-friendly trail through the forest, punctuated by 18 totem poles made by Alaska Native carvers.

“Traditionally, the individual houses used to have their totem poles,” said Dale Lindstrom, manager of Sitka Tribal Tours. “It’s kind of like house numbers -- it identifies you.”

Each totem pole tells a story, he added, if you know how to read it.

“You start at the bottom and work your way to the top,” Lindstrom said. Look for animals -- the raven or the eagle, sometimes killer whales, wolves, bears, beavers. “Sometimes if there’s a person on top, there’s a story about that person.”

Tlingit culture is central to Lindstrom’s job. Founded by the Sitka Tribe of Alaska, the nonprofit Sitka Tribal Tours offers culturally informed historical tours of the area that include performances by the Naa Kahidi Dancers, Tlingit performers in full regalia, at the Sheet’ka Kwaan Naa Kahidi Traditional Community House. The building is a replica of a traditional clan house with a 48-foot formline screen by master carver Will Burkhart, the largest such screen in Southeast Alaska.

Southeast Alaska cultures -- Tlingit, Haida, Tsimshian, Eyak -- are often grouped together, but different tribes, clans and regions are unique in their own ways, something that the Sitka tours celebrate.

“How Ketchikan presents themselves is different from Hoonah, is different from Angoon, is different from Sitka,” Lindstrom said. “We have our own uniqueness in how we dance, how we participate in our koo.eex’ (memorial parties), our potlatches. We have different protocols. The tours that we offer, we want to bring the true nature of the culture. We don’t want to fluff it up any; we just want to stay true to who we are as Tlingit people.”

While Sitka Tribal Tours focuses on the Tlingit people of Sitka, the town offers opportunities to learn about -- and from -- all of Alaska’s indigenous people. At the Sheldon Jackson Museum, visitors can explore an unparalleled collection of artifacts from numerous Alaska Native cultures.

“Alaska is such a large state, and it can be so expensive and time-consuming to travel,” said curator Jacqueline Fernandez-Hamberg. “Coming to a place like Sitka and visiting the Sheldon Jackson Museum really brings Alaska to you.”

Among the rare pieces on display: a polychromatic Aleut hat that is one of only six remaining in the United States (on loan from the Princeton University Art Museum), an Inupiaq whaling suit made from bearded seal, and the largest collection of Point Hope masks in the world. Along with the items on display in the gallery, there are 72 drawers that visitors can open to view jewelry, amulets, dolls, musical instruments, and other small artifacts.

“People can kind of discover for themselves a new surprise with every opening of a drawer,” Fernandez-Hamberg said. “It turns adults into large children, basically, in a very refreshing and fun, whimsical way.”

In 2013, the museum’s mission expanded to include contemporary Alaska Native art.

History and tradition are just part of Sitka’s offerings. It’s a place where Alaskans can indulge in art, music and beauty year-round -- but especially in summer.

“Sitka is very artsy,” said Rachel Klein, co-owner of Galanin + Klein, a downtown boutique that caters to locals and visitors alike. “There is a lot of music, and there are a lot of artists in town -- really, really talented people.”

“We focus a lot on small-batch vendors,” Klein said. “Pretty much all of our vendors that we have in the shop are small businesses -- family-owned, woman-owned, Black-owned businesses.”

“I think we do have a really impressive artist community here in terms of the talent pool that we have,” Klein said. “I think it’s really unique.” There’s enthusiastic support for the arts in the community, she added, with high turnout for art walks, concerts and exhibitions.

Performing arts are deeply ingrained in Sitka’s community DNA, too. The highly regarded Sitka Music Festival celebrated its 50th season in June, and the participants in the festival’s Sitka International Cello Seminar will perform throughout the community in July. Young artists from around the state flock to Sitka Fine Arts Camp and offer public performances in June and July each summer; this year’s production of “Into the Woods” opens July 30. The camp also offers classes and workshops throughout the year and has undertaken the restoration of its historic setting, the former Sheldon Jackson College campus.

It may no longer be known as “the Paris of the Pacific,” but with the variety of museums, historic sites, galleries, shops, performing groups and venues to discover, Sitka continues to live up to its reputation as a prime destination for culture lovers.

“I think that there is still such a great deal of arts and culture and community, all of this overlap of those three things, that comes together with all of our amenities to make Sitka an ideal place to visit,” Fernandez-Hamberg said. “It really is such an amazing place.”

Presented by Visit Sitka, inviting Alaska families to explore our unique town, where the fish is fresh, culture is celebrated, and adventure awaits visitors of all ages. 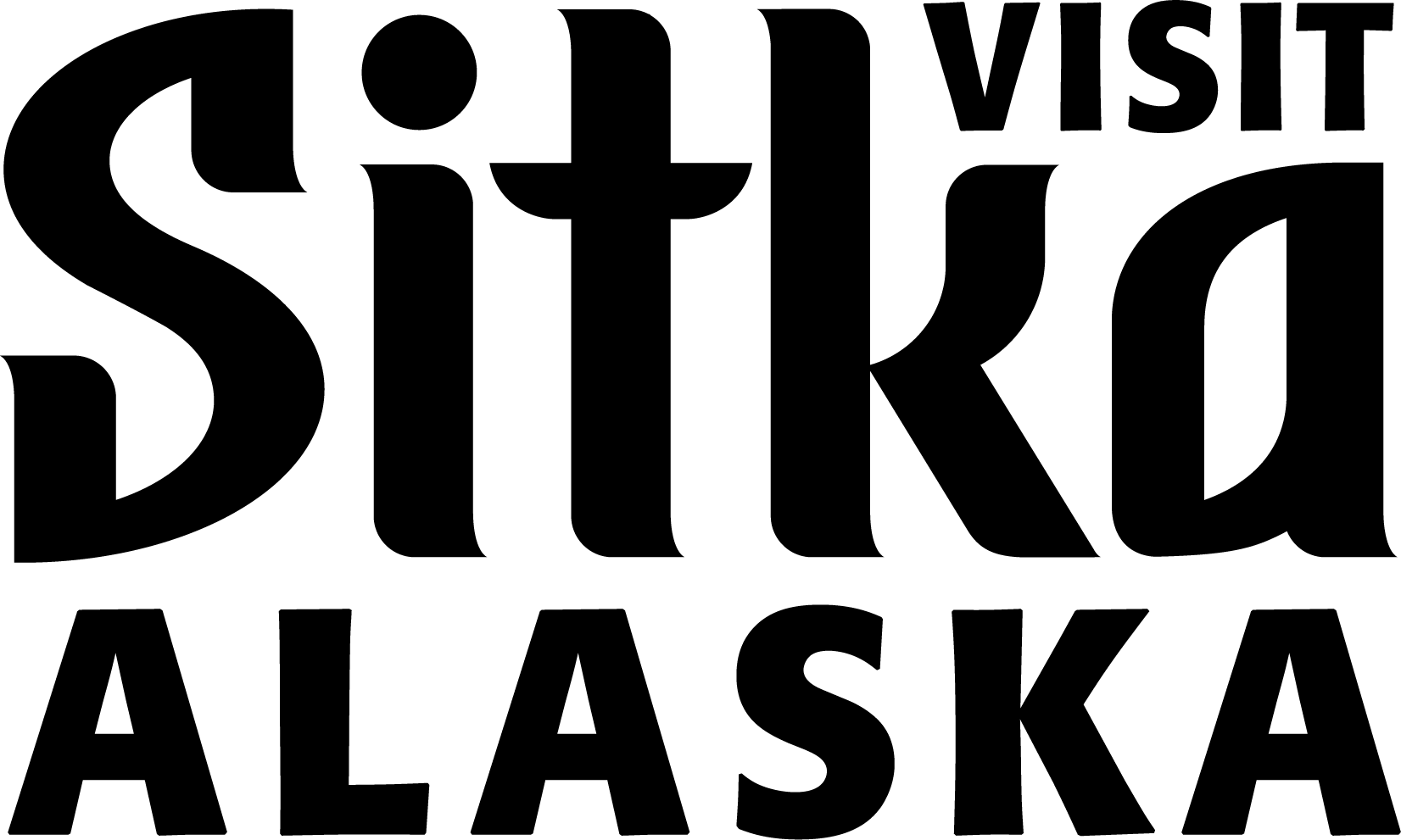 This story was produced by the sponsored content department of the Anchorage Daily News in collaboration with Visit Sitka. The ADN newsroom was not involved in its production.