SPONSORED: Each summer more than 150 Alaskans volunteer for Stream Watch, a program run by Kenai Watershed Forum. Here’s how they do it, and how you can help.

Horning stays at the campground, where he sleeps in his truck bed, set up with a canopy and cot. He’ll stay for weeks at a time.

“We would not be able to do the work that we do without the volunteers,” said Kenai Watershed Forum Education Specialist Megan Pike. “And they come to us because they share that vision and they share that voice for the river.”

The Kenai Peninsula contains more than 20,000 miles of stream habitat and 350,000 acres of wetlands. Alaskans and out-of-state travelers flock to the Peninsula to enjoy scenic landscapes and world-class fishing. Salmon, rainbow trout, Arctic grayling, and lake trout all support the local environment and economy.

“Our river here could have very easily, years ago, been significantly impacted by recreation,” Pike said of the Kenai River, a popular fishing destination. “It could have really easily not been the river that it is today.”

Stream Watch is run jointly by Kenai Watershed Forum and the U.S. Forest Service. Volunteers are trained on subjects like fish habitat, how to safely release fish, and regulations. Then they head out in pairs and walk along rivers or beaches, picking up garbage and chatting with others in the area.

As a volunteer, Horning goes wherever he’s needed. He helps with dip netting cleanup on the Kasilof River, or will head to the Kenai River and spend time there.

Decades ago, the river was overused and its banks left trampled and muddy. Fish couldn’t spawn, and the salmon disappeared, Horning said. After decades of successful management, the river is healthy again.

“If you want the Russian River to have fish at all, you have to take care of the river,” Horning said.

The volunteer’s high-visibility vests are recognizable to anyone who has spent time in the area. Horning is often approached by people who thank him for his efforts. He likes to thank those he sees picking up litter, too.

“When I started 10 years ago we had a lot of trash,” Horning said. “We don’t have that anymore.”

In addition to the Stream Watch program, the Watershed Forum runs a successful Adopt-A-Stream program with local schools. Once a month kids hike down to nearby creeks to study the water. The program runs year-round.

Students conduct water quality testing, including water and air temperature, dissolved oxygen, pH, conductivity, and turbidity. They do juvenile salmon surveys and learn about the aquatic bugs living in the creek.

“By the end of the year, you have third-to-sixth graders that can run an entire stream assessment like a master’s student,” Pike said.

Diane Taylor has been living on the Kenai Peninsula since 1979. She first was introduced to the Watershed Forum when her children got involved in the Adopt-A-Stream program, and she later decided to volunteer for Stream Watch.

On a typical volunteer day, Taylor will head to Kasilof beach, where the river flows into Cook Inlet.

“It’s amazing just being out there,” Taylor said, “picking up trash and having people acknowledge it is important.”

For Taylor, volunteering is a way she can physically get involved in protecting Alaska’s environment.

“If people aren’t able to get out, for whatever reason, they can support the organization by donating to them,” Taylor said.

“The response from the community goes to show just how much Alaskans care about this organization and the impact it has on fish habitat. Over the years, we’ve been able to support several important and impactful projects, which has been phenomenal,” said Director of Community Investment at ConocoPhillips, Jennifer Rose.

“It’s especially great to work with local kids,” Pike said. “They have this innate reverence for the river, whether they can name it or not. They all care about it.”

‘Thanks for taking care of the river’

Stream Watch volunteer Janet Long’s home looks out over the Kasilof River. Each summer she volunteers four days a week, and is part of a group that meets up weekly to pick up litter for “Trashercize Tuesday.”

One recent evening, Long and five other volunteers picked up more than 200 lbs of litter on Kasilof’s north beach in a few hours.

“You often don’t feel like you’re making an impact, but we are. I’m certain of that,” Long said.

This year, the Watershed Forum opened a dip net information booth on the Kasilof River. Volunteers hand out brochures with fishing regulations and tips on how to keep the beach bacteria-free. A similar booth has been in place at the Kenai River for a few years.

“We know in Alaska it is extremely difficult to follow regulations,” Pike said. “So Stream Watch Ambassadors are really great resources for those kinds of things.”

Long enjoys chatting with people, who are often curious about Stream Watch. “It’s rewarding, being thanked for what you’re doing,” she said.

“People just don’t realize the damage they can do to the beaches,” Long said. “It’s more important than ever to maintain our efforts to keep the river safe and healthy.”

Meanwhile, Gene Horning is heading back to the Kenai Peninsula for much of August. He’ll sleep in his pickup, as always, and will likely enjoy some fresh salmon with friends in between volunteering.

“It has been an incredible experience,” he said.

For everyone helping care for Kenai’s watershed, he has a simple message. “Thanks for taking care of the river. If you don’t do it, nobody else will,” Horning said. 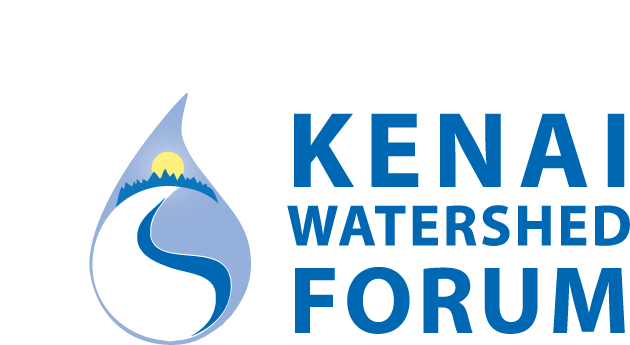 This story was produced by the sponsored content department of the Anchorage Daily News in collaboration with ConocoPhillips Alaska. The ADN newsroom was not involved in its production.