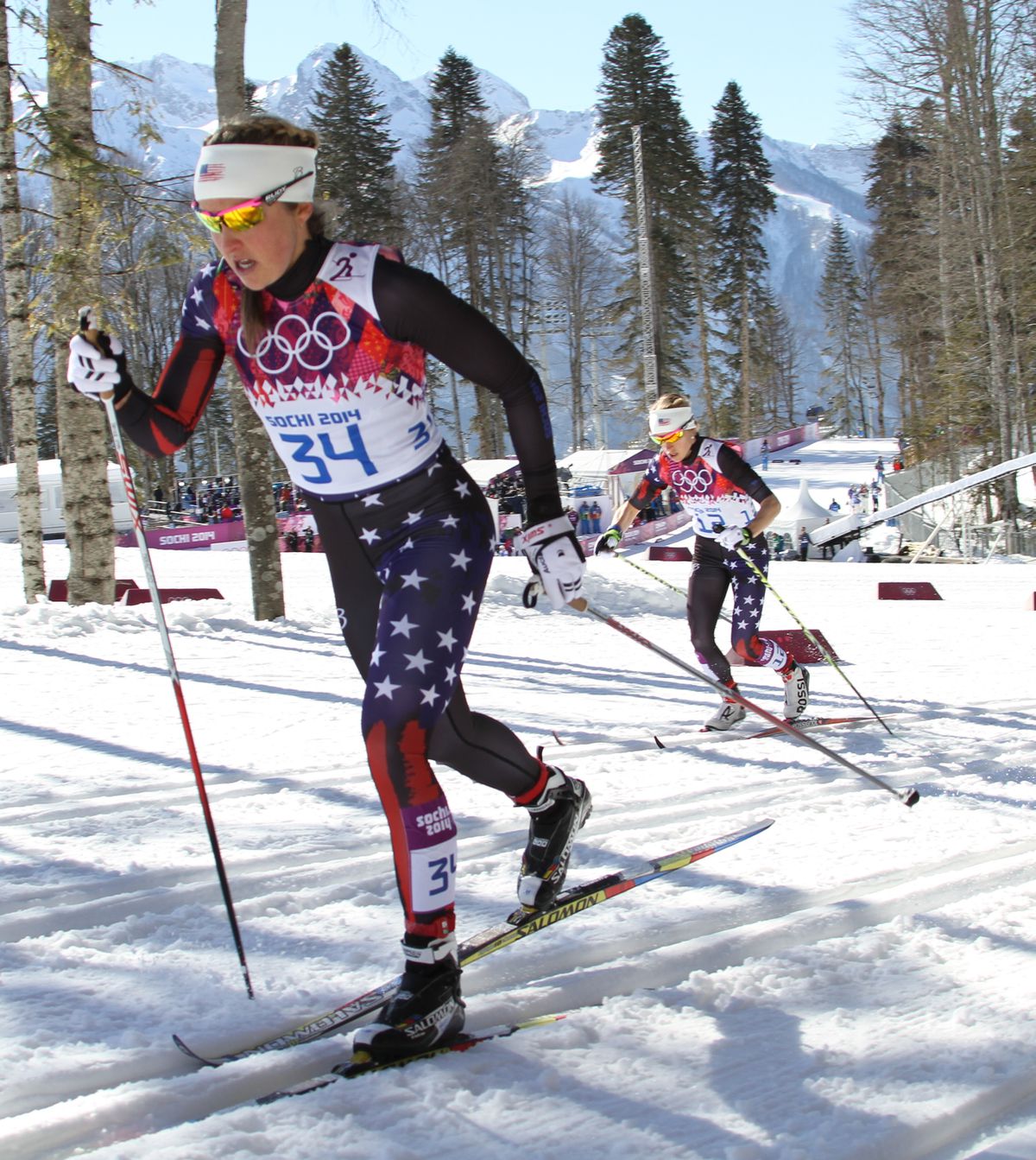 Holly Brooks, the Anchorage woman whose journey from ski coach to two-time Olympic skier rivals any storybook, has retired from competitive skiing.

Brooks, 34, said she leaves the arena of world-class ski racing with no regrets and a lifetime's worth of memories recorded in a brief but illustrious career.

She became an elite athlete relatively late in life, coming from nowhere to make the 2010 Winter Olympics team at age 27 and becoming a key player in what some dubbed the American Revolution — the rise of the U.S. women's ski team on the international stage.

In November 2012, Brooks was part of a U.S. relay team that rocked the ski world by winning a World Cup bronze medal in Gaellivare, Sweden. It was the first relay medal in history for the American women and the first for the United States in three decades.

Brooks said that relay race is a treasured memory from her life as a professional athlete, a life she said she's content to put in the rear-view mirror.

"It's definitely a no-regrets retirement, and I feel really good about this," Brooks said this week. "Of course, I have those thoughts — 'I wish I could have placed better in this race,' or 'What if we hadn't changed our skis in the Olympic 30-K?' — but in the long run you remember the people and the travel and the lifestyle a lot more than the individual places or the rankings or whatever.

"That said, probably the highlight of my career was something that came with our breakthrough relay race. That's at the top of the list. The team experience, the breakthrough nature of it. 'The American Revolution,' which was just so fun. That was really the start of the women's cross-country team turning the corner."

She hopes to work with girls and young women in particular, and she is eager to share the knowledge she gained as an Olympic athlete and as an Alaska Pacific University graduate with a masters degree in counseling psychology.

While pursuing her degree, Brooks spent three full seasons as a World Cup skier. Then she spent two seasons saying goodbye to her ski career.

After the 2014 Winter Olympics in Russia, Brooks was ready for a change that would afford her more time at home with her husband, Rob Whitney. She turned down a spot on the U.S. Ski Team for the 2014-15 season and ventured out on her own as a marathon skier.

She placed third in the FIS Marathon Cup that season, skiing 11 races in 12 countries, and she turned last winter into a victory lap of sorts.

She sandwiched the five-race Tour of China between a counseling internship at Service High, an exotic swan song for an unorthodox career.

"I kind of transitioned into retirement gradually, which is very different than what some people do," Brooks said. "Some people go from competing at the top, top, top level and pretty much quit cold turkey.

"I had this really fun transition where I went from three years on the World Cup to a year of marathon racing to last year, where I just kinda stuck my head out and said, 'What other fun opportunities exist in this sport? Where can I cash in my fitness?' ''

She found that opportunity in the Tour of China, in which she placed fourth overall while experiencing a different part of the world.

Brooks, who was raised in Seattle, moved to Anchorage in 2004 with a bachelors degree in environmental science and a job as a ski coach at West High.

Not long after that, she became a coach at APU. She taught multiple classes, coaching skiers ranging in age from 7 to 78, and got into great shape skiing with them.

Soon she was skiing in recreational races. She had been a good but not great skier in high school and college in Washington, but she blossomed in Alaska.

In 2008 she foreshadowed what was to come by winning the women's 50-kilometer title at the Tour of Anchorage in March and placing second at Mount Marathon in July.

Those results stoked her competitive fire. In 2009 Brooks won another Tour of Anchorage title and shocked many by winning her first national championship, taking the 50K title at the U.S. distance championships in Fairbanks. At the time, she was still known as a coach.

She continued her winning ways at the start of the 2009-10 season to earn a spot in the 2010 Vancouver Olympics. She made the team despite having never skied a World Cup race.

"I had a very non-traditional career in that I was named to the U.S. Ski Team nine days before my 30th birthday," Brooks said. "You have the development (skiers) where people are on this certain path, and then there's Holly.

"I began my pro career really late in life. Now I'm 34, and the rest of my life beckons. I just celebrated my seventh anniversary, and I'm able to spend more time with Rob."

Brooks and Whitney, a firefighter with the Anchorage Fire Department, recently moved into a new house in Anchorage and they're nearing completion of a cabin in Hope (Whitney gets most of the credit for that, Brooks said).

The couple is ready to start a family, and Brooks is ready to launch a career as a counselor and coach.

"It combines the academic part with my athletic career," she said. "I learned so much and I want to be able to pass that knowledge on to other athletes — whether it's the mental side of recovering from an injury or helping someone with performance anxiety or consulting with a team on how to work better together. Or actually being someone's coach and writing a training plan for a special event."

Brooks said she has no immediate racing plans for herself, and she isn't sure what her competitive future will look like.

She raced in March's Tour of Anchorage after returning from the Tour of China, but she hasn't competed in anything — skiing or running — since.

A two-time Mount Marathon champion, Brooks skipped the famous mountain race this summer and instead provided commentary for TV coverage of the race. She is likewise skipping Saturday's Crow Pass Crossing, a wilderness marathon run in which she placed second last year.

Brooks no longer trains like she used to, and she admits to some withdrawal pains now that she's not a full-time athlete.

"I'm in the worst shape I've been in 10 years," she said. "It's hard. You feel so different physically, and that affects you emotionally as well. All of a sudden my clothes don't fit.

"Going into a workout, people have these insanely high expectations of me. I say, 'No, I'm out of shape,' and they say, 'Your out-of-shape is the most in-shape I've ever been.' And I say, 'No, really.' That's hard, because no one believes you. That's really tough.

"It's also less inspiring to enter races, because people expect you to win. And I can't. I can't even come close."

Brooks said she may need some adjustment time before she's ready to make the move from Olympic skier to weekend warrior. Doing television commentary at Mount Marathon underscored that realization, she said.

"It really struck me: 'Oh my gosh, that may never be me again. I might be racing for an age-group record instead of an overall win,' " she said. "That was almost like a punch in the stomach — oh my gosh, I already had my peak, maybe I'm past my prime and maybe I'm never in that shape ever again.

"Then there's that realization, that acceptance. I can have my professional prime, or my prime in terms of starting a family.

"There's lots of different peaks and primes in life to look forward to and they don't all revolve around sport, even though at one point it was my bread and butter in life."