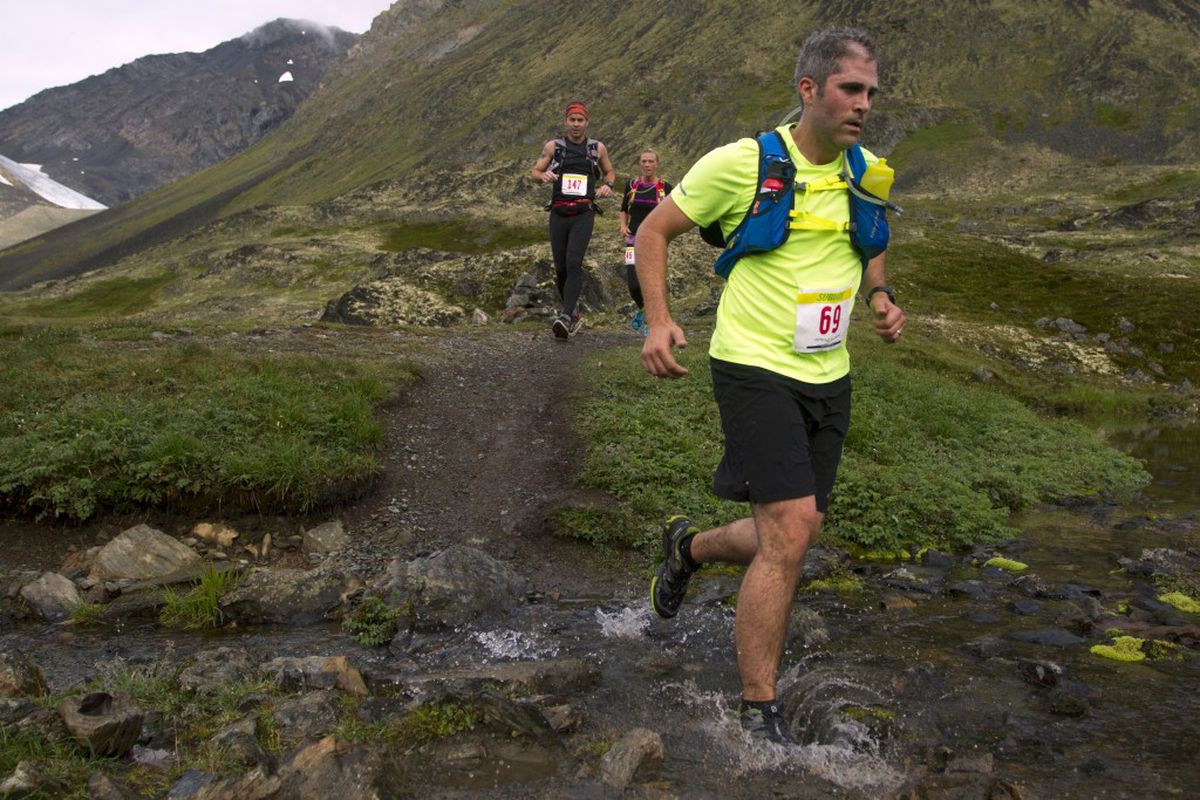 Denali Strabel practically hopped across the finish line Saturday morning, but it wasn't strictly because the elation of her fourth-place debut took the sting out of the agony that is the Crow Pass Crossing backcountry marathon.

Things got reversed in the 22.5-mile race: The sting — make that stings, actually — literally got put in the runners.

"I got stung so many times on my butt!'' Strabel announced as her husband, men's runner-up Eric, approached. "I have a Kardashian butt.''

Strabel was one of many runners stung by bees or wasps on the journey from the trailhead near Girdwood to the Eagle River Nature Center.

Her post-race report: Six stings on one cheek. Her left one, if you must know.

Strabel said she had never before been stung in her 26 years, so she didn't know if she was allergic.

"What better way to find out, I guess?'' she said.

Turns out she was fine. Well, at least not allergic.

One nest was actually in the trail, racers reported, with a sign nearby warning them. Still, nature happened.

Matt Waliszek paid in pain for his personal-best time of 4 hours, 30 minutes, 15 seconds, which beat his previous best by about 15 minutes.

He was running along, cheered by some fans along the trail when he became victim to the buzzy ones, who got him in the calves.

Women's runner-up Caitlin Patterson, who said she is slightly allergic to bees and took a supply of antihistamines with her on the trail, ran down the list of her stings.

"Elbow, quad, collarbone, shin, both calves,'' she reported. "There was just a swarm. It was just one more thing to monitor.''

Men's eighth-place finisher Forrest Mahlen reported one sting, but said he was more alarmed by a report from fans about a half-mile from the finish. Mahlen said he was zoning out, simply looking forward to finishing, when spectators alerted him to a black bear and two cubs 10 meters away.

Still, he got past the critters.

Some other runners thought they might not be as lucky with a bull moose they encountered.

John Nagel said he was running in a train of men just past Raven Gorge in the first half of the race when the group saw the moose running in the brush off the trail. Shortly after that, a man in the back of the line reported the moose was running on the trail behind them.

"Fifty yards back, and starting to close,'' came the report.

The group, which was catching another group of runners, ducked into some alders. The moose stopped on the trail. Eventually, the runners got back on course, no longer pursued by Bullwinkle.

"Very Alaskan,'' Mahlen said. "An Alaska race wouldn't be complete without some animals.''