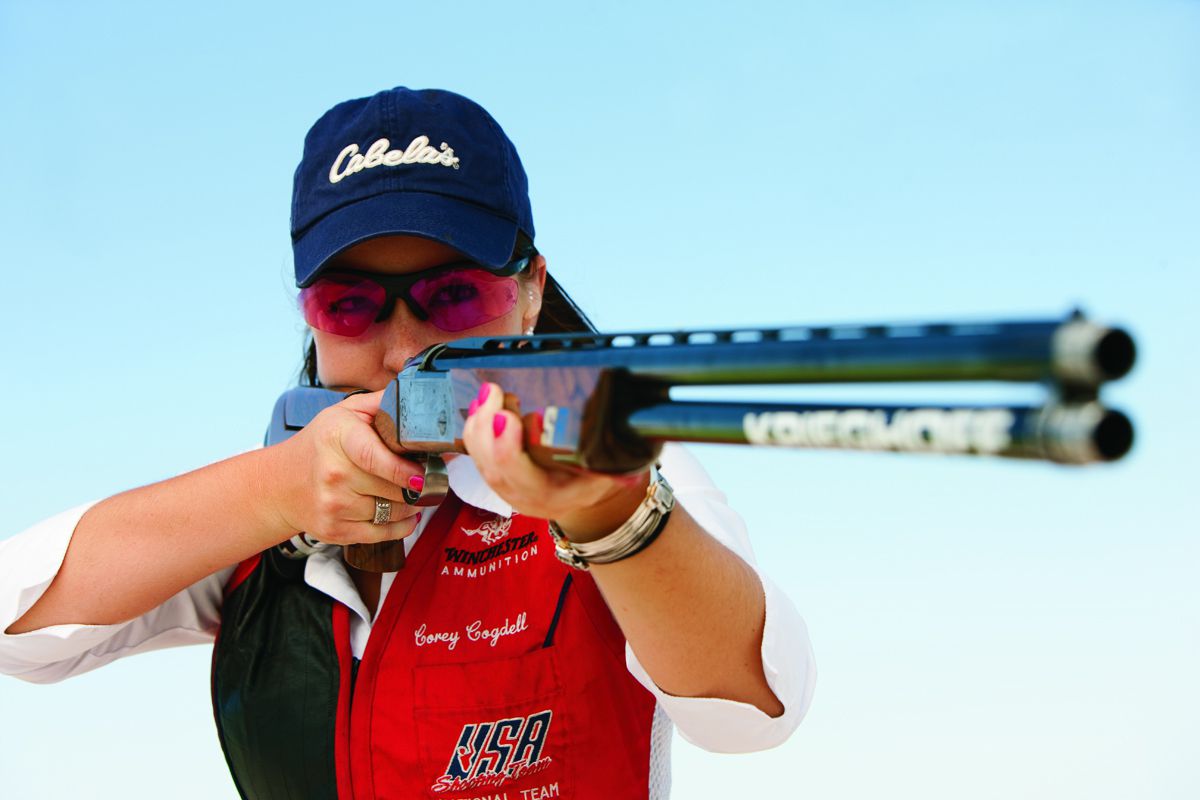 Trapshooter Corey Cogdell-Unrein of Eagle River, winner of a bronze medal in 2008, will be gunning for another medal on Sunday.  (Scott Brownell / Cabela’s)

Trapshooter Corey Cogdell-Unrein of Eagle River, winner of a bronze medal in 2008, will be gunning for another medal on Sunday.  (Scott Brownell / Cabela’s)

Led by Mitch Unrein, a 6-foot-4, 306-pound defensive lineman, the Chicago Bears will be rooting for Cogdell-Unrein when she competes on Sunday.

Corey and Mitch, both 29, married in the summer of 2014. Mitch is in training camp with the Bears right now, so he can't go to Brazil. But the team has Sunday off, and Mitch has organized a viewing party at the team complex in Bourbonnais, Illinois, according to the Chicago Tribune.

One thing they go back-and-forth on is the question of which is the bigger pressure-cooker: the Super Bowl (Mitch won a Super Bowl ring in 2014 with the Denver Broncos) or the Olympics (Corey won a bronze medal at the 2008 Summer Games).

"We have that debate all the time, actually," Cogdell-Unrein said. "I personally think it's the Olympics, because it comes around only once every four years.

"He would probably disagree."

Cogdell-Unrein survived the stress of having to come from behind at the Olympic trials to secure America's only berth in women's trapshooting.

By earning her third trip to the Olympics, she gets a chance to return to a shooting range where she's enjoyed previous success.

Cogdell-Unrein has competed three times at the Olympic Shooting Centre. Twice she left the Brazil range with a medal – bronze at the 2007 Pan Am Games, gold at the 2010 Championship of the Americas.

"We're at the same range I won both those medals on," she said. "I'm familiar with it and I think that's gonna be a little advantage over other countries. Both of those events were only for North and South America."

Cogdell-Unrein grew up shooting at tin cans in Chickaloon and took up organized shooting with her 4-H club in Eagle River, where she was homeschooled.

She's a prolific and successful big-game hunter who has become a bit of a TV personality thanks to numerous appearances on hunting shows.

"I really feel like coming into the best years of my shooting career," she said after winning the Olympic trials. "I'm just really excited going into the Rio Olympics, like I have a good handle on my shooting game, and the mental game.

"It feels like it's all coming together really nicely."