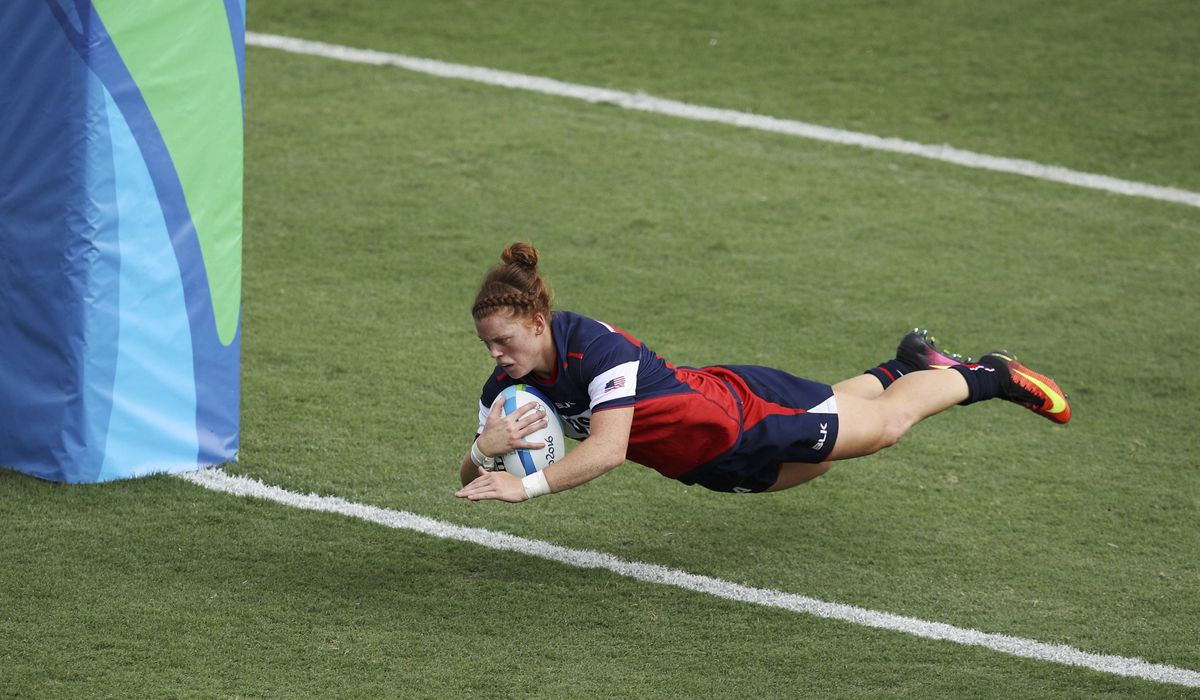 Alaska’s Alev Kelter scores a try against Fiji in the first of two wins Monday for the Americans. (Reuters / Phil Noble)

Alaska’s Alev Kelter scores a try against Fiji in the first of two wins Monday for the Americans. (Reuters / Phil Noble)

The fast-paced, physical sport made a good impression in its Olympic debut, as did Kelter and the Americans.

Kelter was the leading scorer for the United States, which surprised more than a few by going 3-2-1 and outscoring opponents 98-41.

She scored a try and a conversion in both of Monday's victories, a 12-7 win over Fiji and a 19-5 win over France in the fifth-place game.

The United States trailed France 5-0 at the half but Kelter ignited a 19-0 run by scoring a five-point try and two-point conversion in the first minute of the second half. That put the United States ahead for good 7-5.

Kelter, who made history Saturday by becoming the first American woman to score a try at the Olympics, finished with 33 points (five tries, four conversions) in six games. Jessica Javelet was the team's second-leading scorer with 20 points.

A fledgling team compared to powerhouses like Australia and New Zealand that have been playing the sport much longer than the Americans, Kelter and her teammates made it to the quarterfinals in the 12-team tournament.

On Sunday, they came close to beating the two best teams in the world. They turned heads by battling Australia to a 12-12 tie and then dropped a 5-0 decision to New Zealand in the quarterfinals.

Australia and New Zealand went on to claim spots in Monday's championship game, where the Aussies captured the gold medal with a 24-17 win. Canada took the bronze with a 33-10 win over Great Britain.