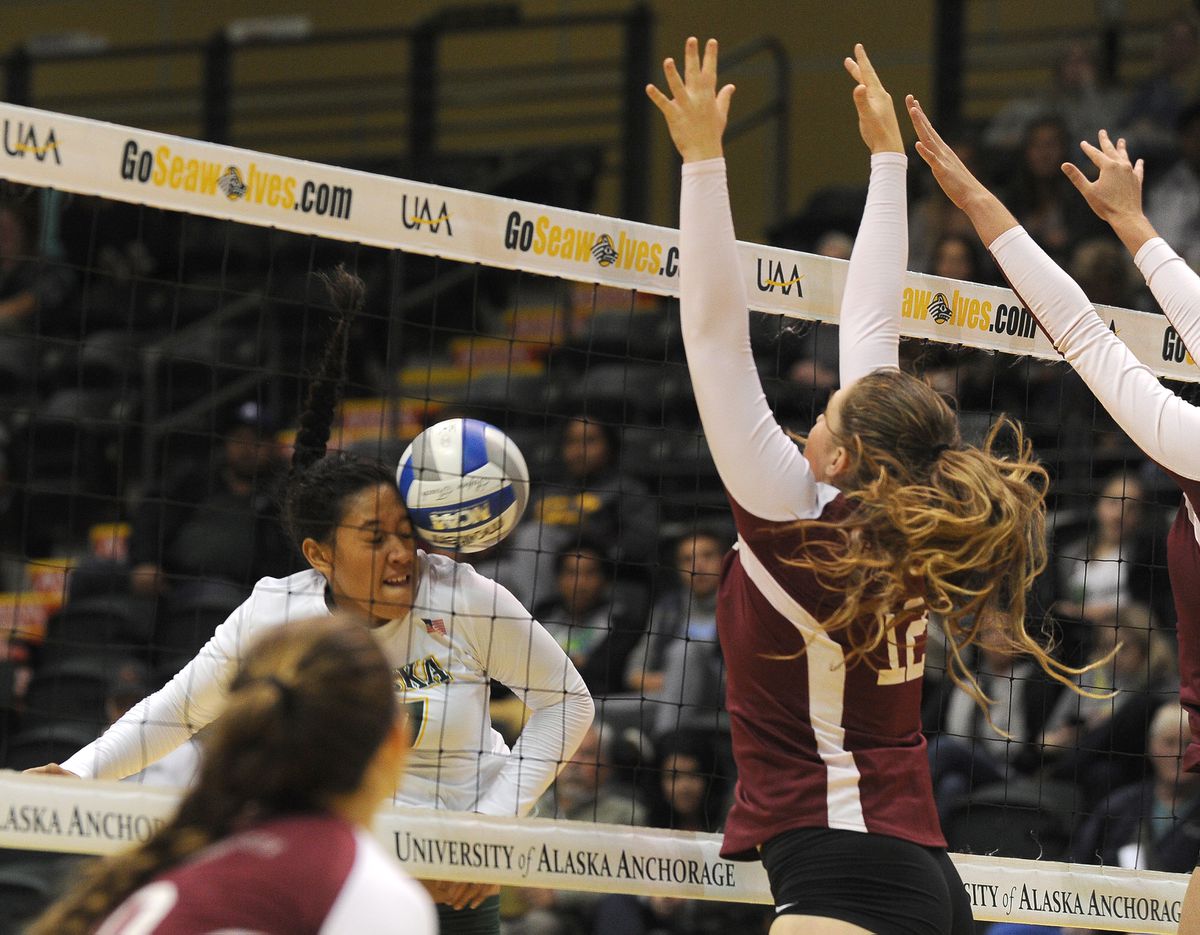 After negotiating myriad twists and turns that occasionally slowed its progress in Thursday night's home-opening match, the UAA volleyball team hit a straight stretch late on which it unleashed its power.

After a five-point lead on Chico State in the fourth set whittled to a single point, reliable Leah Swiss, the All-America junior outside hitter Seawolves coach Chris Green calls "a rock," cranked a kill. Vanessa Hayes hammered home consecutive Wildcats service returns that ricocheted, enticingly, inches over the top of the net and afforded her advantage. Swiss delivered an ace. After Chico's Olivia Mediano halted the home rally with a kill, UAA's Chrisalyn Johnson furnished a block and then a kill. And Hayes closed the two-hour match with an ace.

"It was a game of runs," Green said. "Inconsistency on both sides."

While that was a cement-solid assessment, the Seawolves forged forceful offense in the long run, hitting for .255 efficiency, significantly above its entering average (.176) early in this season following a runner-up finish at nationals last season.

Swiss racked 17 kills and a .312 hitting percentage. Hayes banged out seven kills and a .357. Johnson generated eight kills and a .350. Diana Fa'amausili's nine kills came with a .160 below her early norm (.206). Swiss, Johnson and Fa'aumausili represent UAA's most lethal hitters, and likely its long-term prospects for this season.

"We need those hitters to be good all the time," Green said. "Those are our big guns."

Speaking of big guns, UAA (3-2) faces three more in the six-team tournament that continues through Saturday. Next up is No. 24 Cal Baptist on Friday, then No. 15 Concordia Irvine and No. 11 Cal State San Bernardino on Saturday.

"This (Chico) team was better than it was last year, I think," Green said. "The next three teams we play are elites, so it's going to be tough."

The Wildcats (4-2) were plenty tough, particularly in the second set, when they evened the match at 1-1.

The match before 795 fans — decent crowd for an 8 p.m. showdown on a school night — turned in the third set, which careened all over the road.

Chico led 4-0, 7-1, 9-3 and 11-6. UAA reeled off eight straight points to rocket ahead 14-11. Chico ran off five straight points at another stretch. And then UAA, trailing 18-17, cruised to seven straight points and an eventual 25-19 win. In that late stretch, Fa'amausili and Hayes combined on two blocks, Fa'amausili blasted three kills, including the set-clincher, and Swiss added two kills.

The Seawolves in this season's early going, which began with four matches at the Seaside Invitational last weekend in San Diego, California, have become accustomed to long matches. They've played three five-setters and one four-setter in their five matches.

Mediano paced the Wildcats with 14 kills and Kim Wright added 10.