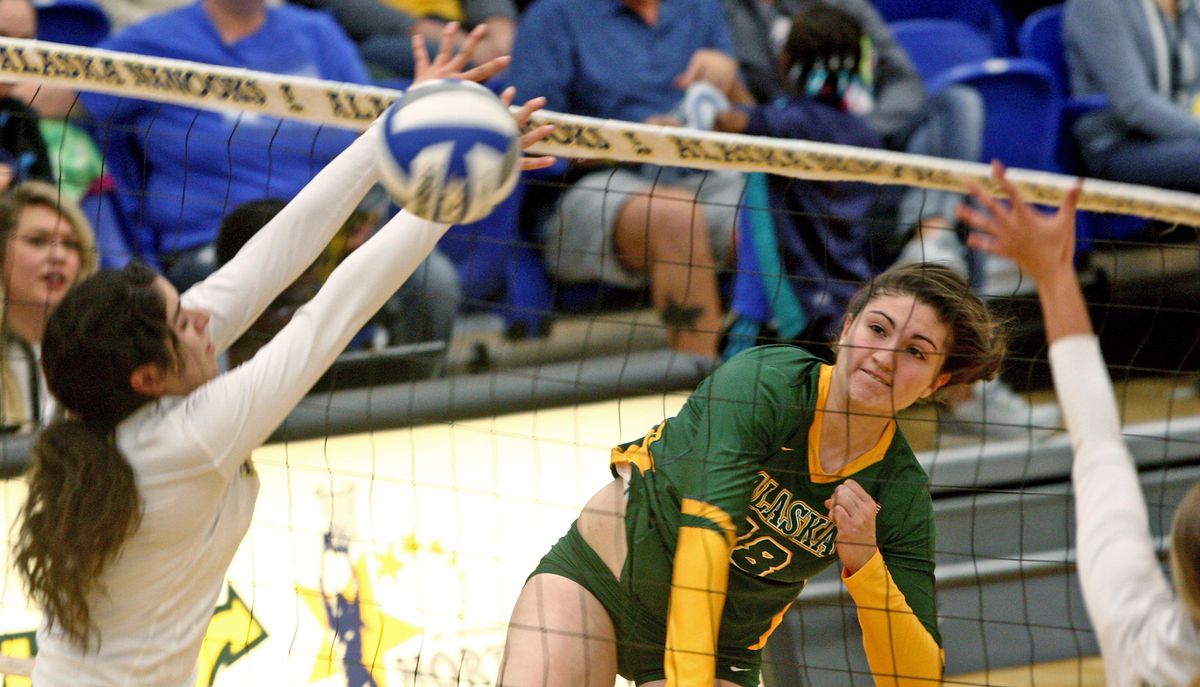 Vanessa Hayes of UAA, right,watches her shot during first set action of the GNAC volleyball match between the Seawolves and the UAF Nanooks Tuesday evening, September 12, 2017 at the Patty Center in Fairbanks. (Eric Engman / News-Miner)

Vanessa Hayes of UAA, right,watches her shot during first set action of the GNAC volleyball match between the Seawolves and the UAF Nanooks Tuesday evening, September 12, 2017 at the Patty Center in Fairbanks. (Eric Engman / News-Miner)

Years have passed since UAA-UAF resembled a real rivalry on the volleyball court — Seawolves superiority has ruled.

The Seawolves (5-4 overall), ranked No. 18 in Division II and the two-time Great Northwest Athletic Conference defending champions, cruised past the Nanooks (7-3) at the Patty Center in the conference opener for both sides. UAA has not lost to UAF since 2010.

In UAA coach Chris Green's 10 seasons, his teams are 16-3 against UAF.

The Seawolves also extended their road winning streak in conference matches to 17, dating back to 2015.

Sophomore Vanessa Hayes complemented the offense with seven kills and one error on 11 attacks (.545), setters Madison Fisher and Casey Davenport provided 19 assists each, and Keala Kaio-Perez contributed a team-high 15 digs.

UAF is off to its best start in ages. The Nanooks' seven victories match as many as the program has notched since going 7-17 in 2010. Still, their nonconference opponents early in the season entered Tuesday with a combined .379 winning percentage and none of them have been in the Top 25 poll nationally.

The Nanooks entered Tuesday with a team hitting percentage of .255, but were subdued by the Seawolves, who permitted them .090 efficiency. UAF proved stubborn in the second set, which featured 15 ties and 10 lead changes before UAA seized the last seven points to win 25-19.

The Seawolves don't own a flashy record, yet their schedule has been demanding — their opponents entering Tuesday checked in with a .635 winning percentage. UAA has played three ranked opponents and two other team that received votes in the most recent poll.