It’s a numbers game for UAA hockey, but not the usual one 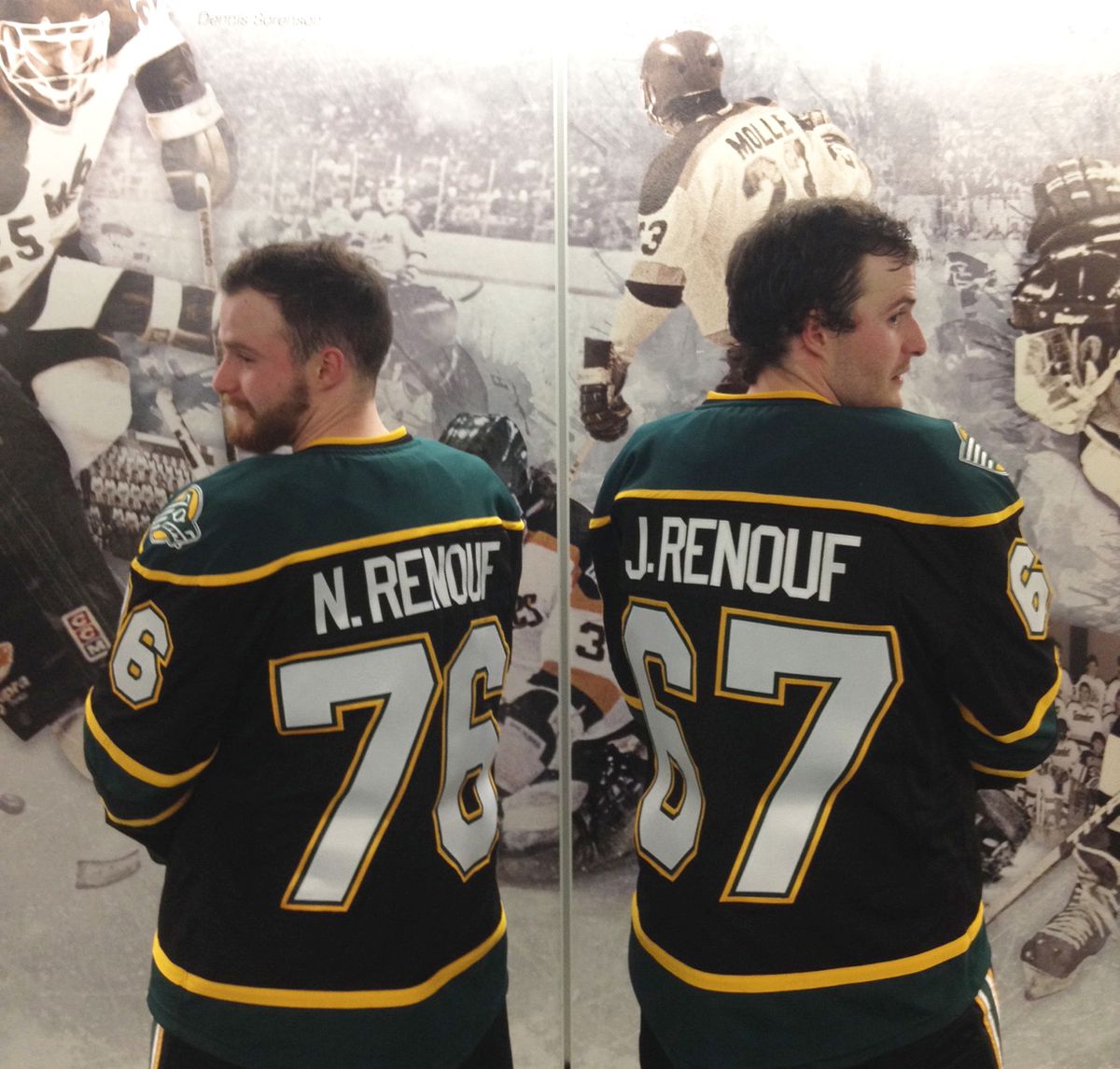 In his first two seasons with the UAA hockey team, forward Nicholas Erb-Ekholm wore No. 10, which he picked from a short list of available digits when he arrived on campus. Erb-Ekholm was indifferent to No. 10 — didn't necessarily like it, didn't particularly dislike it.

But when the Seawolves learned they would be permitted to wear numbers above 40 this season and also switch numbers if a desired one was available, Erb-Ekholm was one of several players to make a change.

He'll wear No. 95 – a number that has never been used in the previous 38 seasons of UAA hockey — in the upcoming college season.

The No. 95 matches Erb-Ekholm's birth year – 1995 – but that's not why he chose it. Erb-Ekholm wore No. 95 in junior hockey back home in Sweden after the number was handed down to him by his best friend, Andre Burakovsky, who currently cashes checks from the NHL's Washington Capitals.

Erb-Ekholm said he and Burakovsky were teammates from the time they were little boys until deep into their teenage years. He said he told Burakovsky about his switch back to No. 95 when the two enjoyed a Facetime conversation recently.

UAA coach Matt Thomas said he's fairly old-school, so he leans toward traditional numbers. That's generally Nos. 2-29 for forwards and defensemen. But hockey numbers have become new-school, particularly over the last decade, and numbers in the 40s, 50s, 60s, 70s, 80s and 90s are not uncommon at many levels of hockey, including the NHL.

The way Thomas figured it, if a player can gain even the tiniest psychological advantage or comfort from wearing a certain number, he's cool with it.

"If it's gonna make you score, make you play better, if it's going to help your development, go ahead and change your number,'' Thomas said. "You want guys to be happy.''

Hockey players often favor a certain number because it carries meaning. Former UAA goaltender Nathan Lawson, for instance, wore No. 52 because it denoted his mother's birth year. Current UAA masked man Olivier Mantha wears No. 33 because he grew up a huge fan of Hall of Famer and fellow French-Canadian Patrick Roy.

Most of the Seawolves who have switched numbers for this season reverted back to the number they wore in juniors. The previous number they wore at UAA usually was one of the few numbers available when they joined the program.

Sophomore forward Corey Renwick, for instance, will wear No. 20 this season after wearing No. 26 as a rookie. No. 20 became available when teammate Nathan Renouf, who wore it last season, also opted to switch digits.

With any luck, Renwick said, he'll have better luck in No. 20. He didn't score a goal last season wearing No. 26.

"That one didn't have any goals in it,'' he said. "Hopefully, this one has some goals in it.''

Junior forward Cam Amantea will wear No. 74, his old number with the British Columbia Hockey League's Pentiction Vees, after previously wearing No. 28. He also likes No. 74 because it is unusual – it's also a number no previous Seawolf has worn.

Sophomore defenseman Tomi Hiekkavirta will wear No. 18 this season. He wore No. 23 last season because that's what was available. But that was also the number his father wore, and Hiekkavirta wants to be his own man, not his old man. So, No. 18 it is.

"It's a number I used for a long time back home in Finland in junior,'' Hiekkavirta said.

"I'll keep the legacy going,'' Hiekkavirta said with a grin.

Naturally, UAA's Renouf brothers, identical twins Jonah (No. 25 last season) and Nathan (No. 20), got in on the number-switching action. Most everyone, including Thomas, has trouble telling the twins apart – hint: Nathan usually sports a beard – and their new numbers may only add to the confusion because those numbers are easily transposed. Jonah will wear No. 67 and Nathan will wear No. 76.

"Long story – we like to screw with the refs, and our coaches,'' Jonah added.