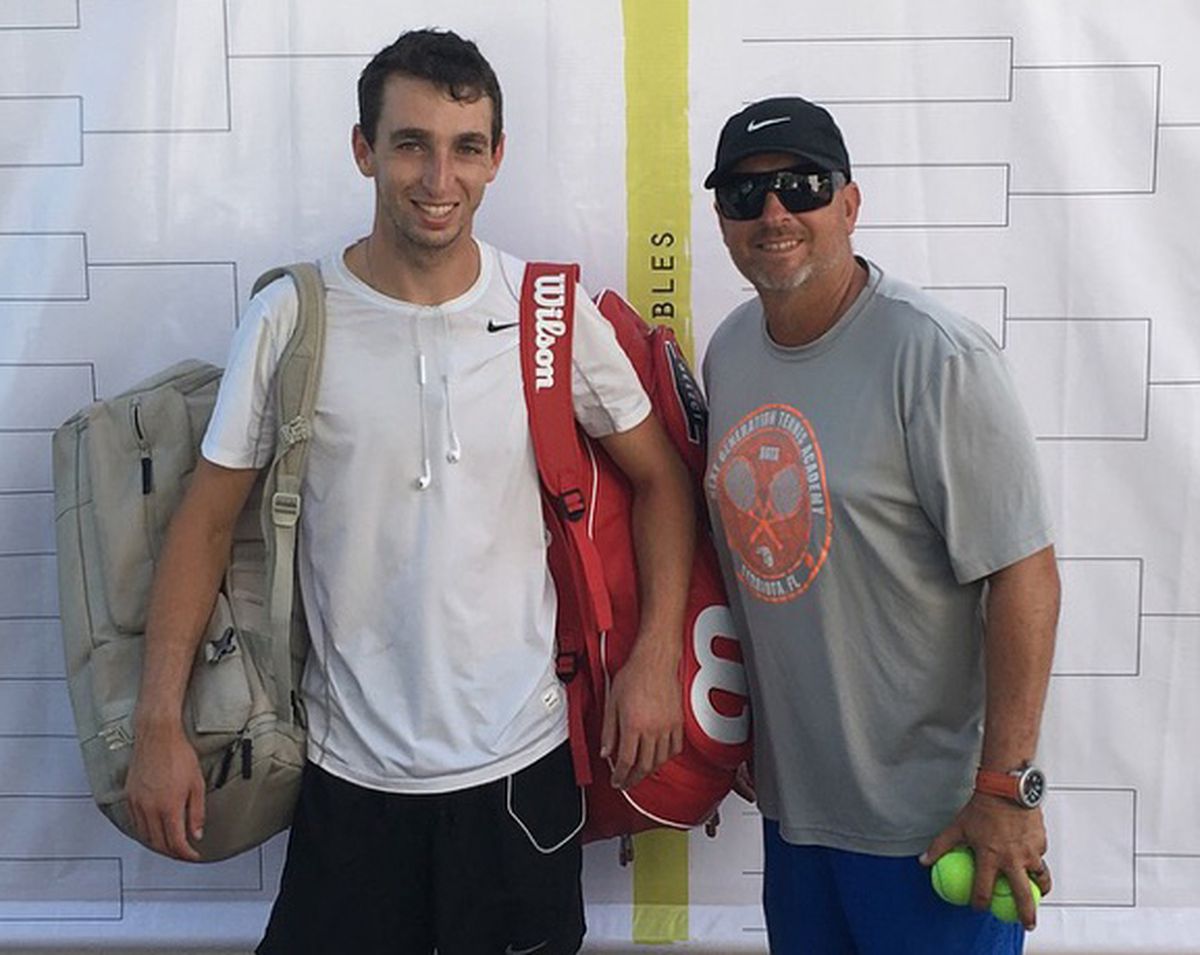 Being a long shot is how it's always been for Anchorage tennis player Eddie Lewis.

He was already a junior in high school when he decided he wanted to pursue a collegiate tennis career. He had played casually in high school up to that point, but it was too late to make a big splash in the junior tennis world and college teams weren't clamoring to give him a scholarship.

So after he graduated from South High in 2013, Lewis flew to Florida and tried out with 10 college teams before he walked on at Division II Eckerd College in St. Petersburg, Florida.

Four years later, he graduated as the No. 1 singles player on the team in May. Now he's pursuing a professional tennis career.

"I've always kinda had to fight and grind my way through," Lewis said Saturday while visiting family in Anchorage. "Just wanna see how far I can take myself."

Lewis is devoting 2018 to his dream. He has qualified for the Futures tour, which is the lowest tour of the International Tennis Federation's Pro Circuit.

It's sort of like baseball's minor leagues, Lewis said. Players earn points by doing well in tournaments and the top ones advance up to the Challenger tour and, eventually, the ATP World Tour, where the top dogs like Rafael Nadal and Roger Federer play.

"It's all depending on whether I win or lose this year," Lewis said. "I'm just starting out."

Growing up, Lewis was a baseball player — he was the MVP of South's 2013 state championship team — and tennis was the sport of his sister, Emma Lewis, he said. Emma was three-time state champion at South and went on to win 125 matches for Division III Bowdoin College.

But by Lewis' junior year of high school in 2011, his passion had switched to tennis. He won the state singles championship that year and helped South to its third straight state title.

Undeterred that no colleges recruited him, Lewis flew to Florida, rented a car and traveled to several colleges for tryouts.

"I decided Eckerd College would give me the best chance to play all four years and then I worked my way up to playing No. 1 singles at the school," Lewis said. "I really loved tennis, and enjoyed it, so I had to grind it out to just try to get into the scene."

Lewis started dead last on the Tritons roster at No. 6, but by the end of his career, he was playing No. 1 singles. He finished his senior season with an 8-8 record in singles and an 8-8 records in doubles while playing in the formidable Sunshine State Conference.

Last summer, Lewis trained at the Next Generation Academy in Sarasota, Florida, to build up his strength and conditioning. Then he played in as many open tournaments as he could to earn qualifying points for the Futures tour. His best result was a Round of 32 finish in Grass Court nationals.

In November, Lewis made his professional debut at a Futures event in Pensacola, Florida, where he faced top-seeded Alexander Ore, a rising youngster with a world ranking of 1,153.

Ore dominated the first 6-0 before Lewis settled in and realized he could compete. He lost the second set 6-3, but left with confidence.

"I relaxed and was like, 'Hey, it's not as scary as I thought it would be,' " he said. "Then I was able to make a big push and put a lot of pressure on this guy."

Lewis said life as a pro tennis player isn't glamorous — not at this level, at least. He receives some financial assistance from his sponsor, South High's Taylar Young Memorial Foundation, and his parents — and he usually stays in cheap hotels or hostels when he travels.

But he's hoping he can continue his climb in the tennis world and eventually support himself with his prize winnings.

"I'm kind of anxious just to get back on the court and get competing," said Lewis, whose next tournament will be Jan. 8 in Naples, Florida.

"Win or lose, I'm having an absolute blast because I never thought I'd be able to play at this (level).

"For me it's surreal to be able to pursue my dream."