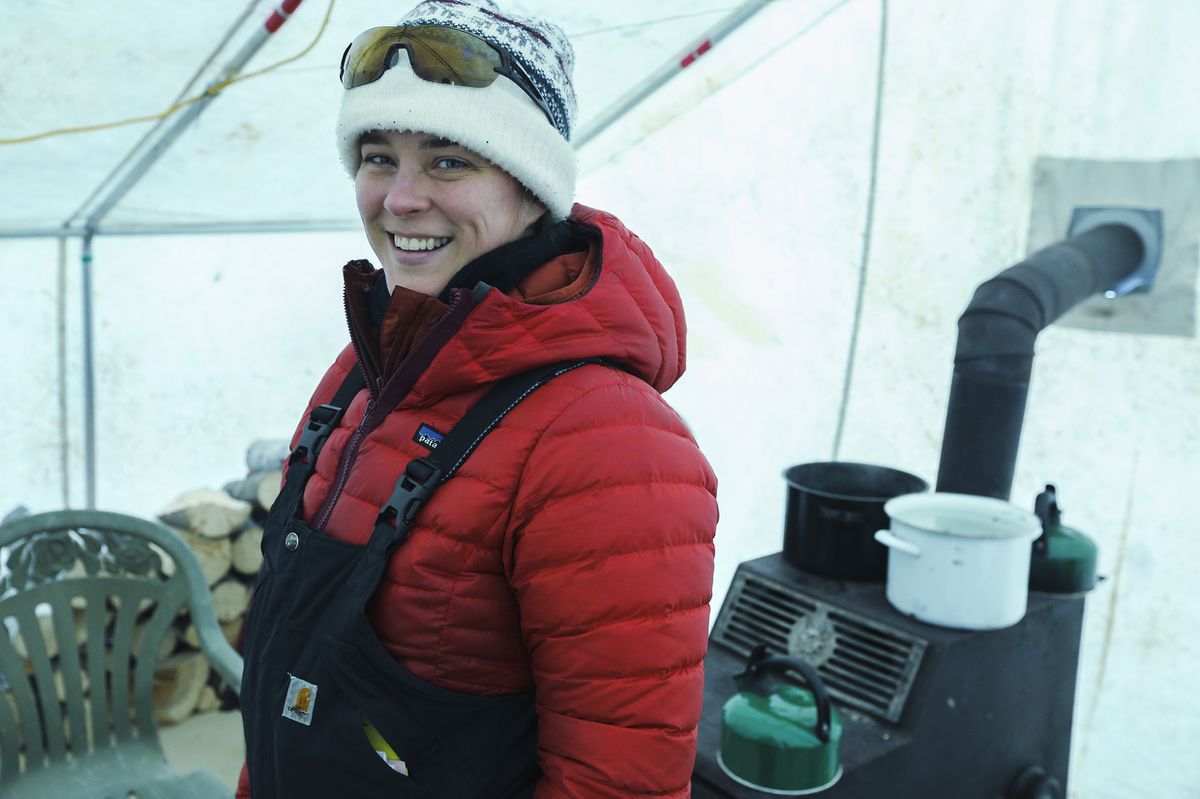 DAWSON CITY, Yukon — The Yukon Quest mushers aren't the only ones who feel the frigid low temperatures along the trail. The dogs are also at risk as they make the 1,000-mile run from Fairbanks to Whitehorse.

Like humans, dogs can experience frostbite. With temperatures hovering near minus-35 in Dawson City — the first checkpoint on the Canada side of the race — the veterinary staff is on the lookout for dogs affected by the cold.

"We do look for (frostbite)," head veterinarian Dr. Cristina "Nina" Hansen said. "At these temperatures, I would expect to see some of it. Especially with the male dogs, they get it on the front of their penis."

While Hansen said she and her staff will thoroughly look for frostbitten dogs during the mushers' mandatory 36-hour stay in Dawson City, she noted the mushers take precautions to help their dogs — especially the males — run in extreme cold.

"The mushers are aware of it and most of them will run with something called a foxtail," she said. "It's kind of like a ruff and it goes right around (a dog's) waist and blocks the wind and prevents (frostbite) from happening."

Although many male dogs will be wearing foxtails when they pull into Dawson City,  there still are steps to alleviate frostbite on dogs.

"We have some ointments that help with it and if they put one of those foxtails on, that usually stops it from getting worse," Hansen said.

Frostbite isn't the only problem the dogs face in extreme weather. Hansen said the low temperatures can have an impact on how the dogs keep their weight on, which could hinder their ability to perform.

"Sometimes they'll have a little bit of a harder time keeping their weight on with the temperatures because they have to burn more calories to stay warm," she said. "The mushers run them with coats on and a lot of them have blankets, and we have blankets, too."

Hansen and a few members of the veterinary team made themselves at home Wednesday at the "Vet Shack," which is next to the dog yard, two miles past the checkpoint in downtown Dawson City.

It's a new location, and its amenities have changed, too.

"It used to be in a different campground across the river," Hansen said. "It used to be in a park pavilion and it had a concrete floor, half walls and a roof. They used to put Visqueen in the woodstove, but this is brighter and there's carpet on the ground. It's really nice."

This story originally appeared in the Fairbanks Daily News-Miner.