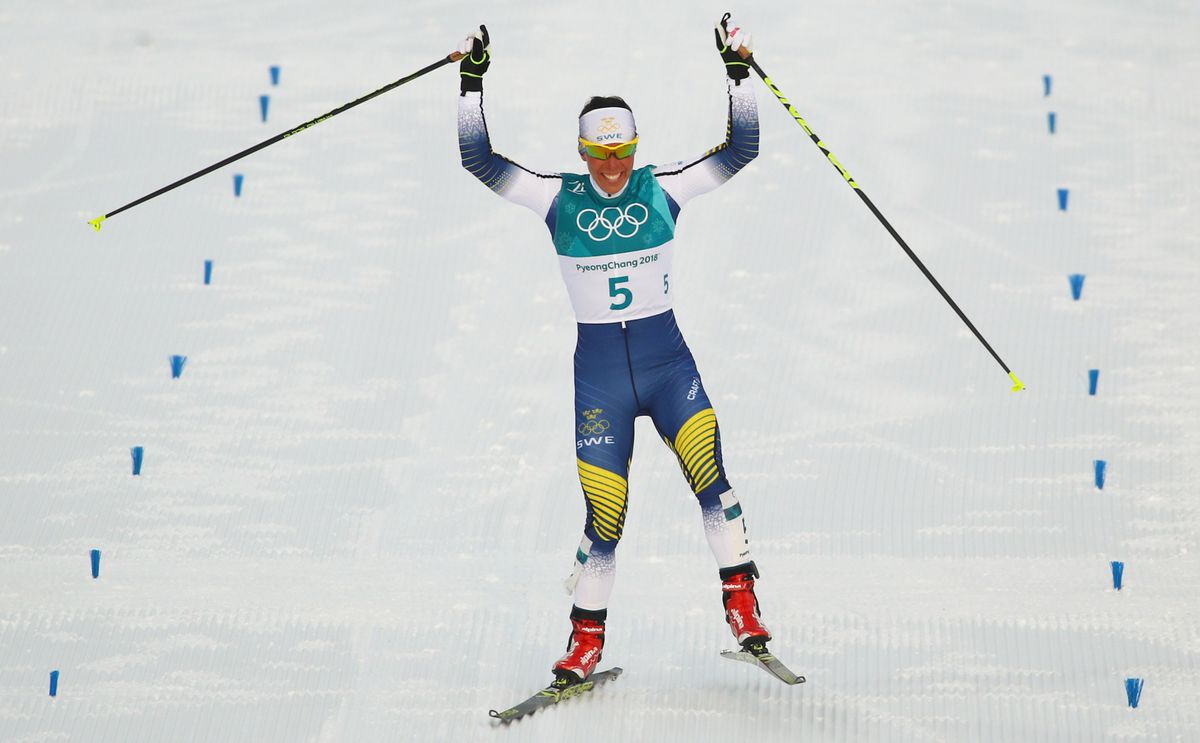 Sweden's Charlotte Kalla claimed the first gold medal awarded at the 2018 Winter Olympics, Norway's Marit Bjoergen became the most decorated woman in the history of the Games and Minnesota's Jessie Diggins came up 15 seconds short of a spot on the podium for the medal-hungry U.S. team Friday in South Korea.

Kalla, who pulled away from the lead pack with a couple of kilometers left, won the women's 15-kilometer skiathlon at Pyeongchang's Alpensia Cross Country Center.

Bjoergen finished 7.8 seconds behind her to take silver — her 11th medal in five Olympics, giving her more than any other woman in Winter Olympics history.

"I'm really proud of my race. I could not have pushed harder," Diggins told reporters after the race. "Being seconds away from a medal and seeing it right there — I know it's possible, I know I have what it takes. I think I'm in a good place in these Games."

Only one American cross-country skier has ever left the Olympics with a medal — Bill Koch, who won silver 42 years ago at the 1976 Innsbruck Games.

Diggins was 14.7 seconds behind Kalla and 4.6 seconds behind bronze-medalist Krista Parmakoski of Finland, who nipped fourth-place Ebba Andersson of Sweden by eight-tenths of a second.

The athlete with the most Winter Olympic medals is Norway's Ole Einer Bjoerndalen, a six-time Olympian with 13 biathlon medals collected between 1994 and 2014.

For Kalla, it was her third gold medal and sixth overall medal in three Olympics.