Kurka gears up for Paralympics with pair of World Cup medals 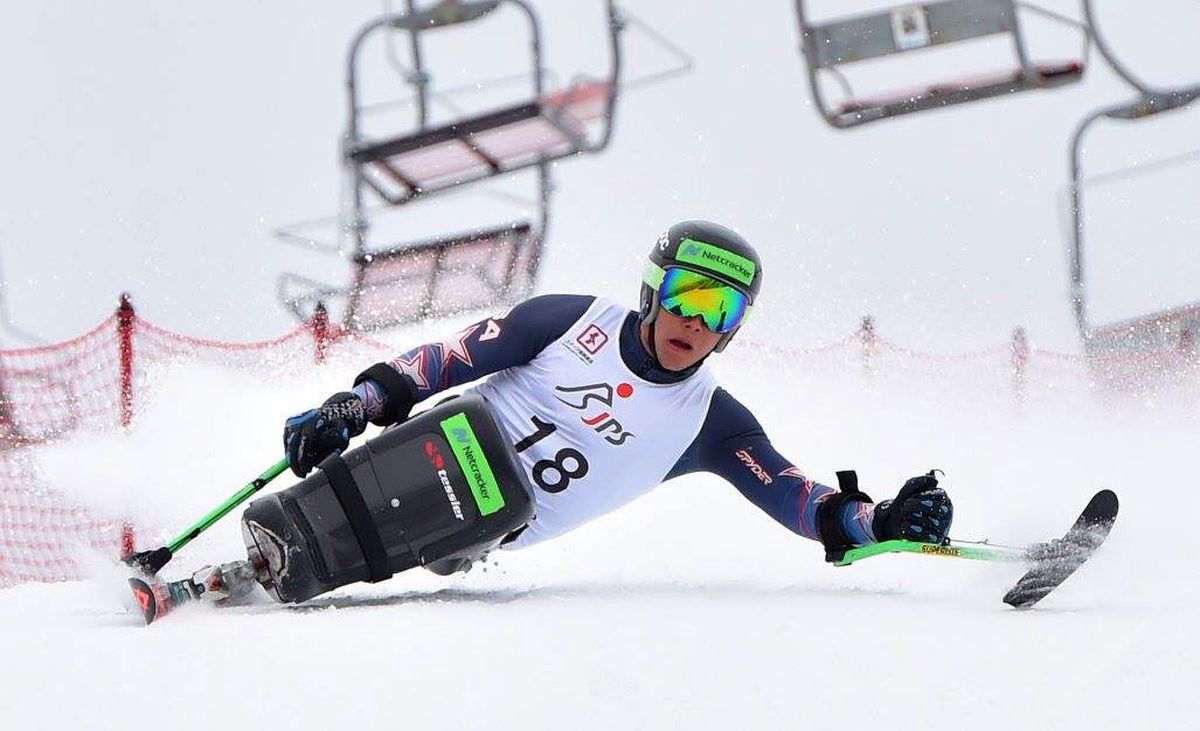 After a season of weather-induced race cancellations, the waiting ended and the winning began Saturday for Alaska sit-skier Andrew Kurka.

Kurka confirmed his status as a Paralympics medal contender by collecting two downhill medals — one gold, one bronze — at the Para Alpine World Cup Finals in Kimberley, British Columbia.

The results confirmed the obvious: Kurka, the top-ranked downhill and super-G sit-skier in the world, is headed to his second Winter Paralympics Games. The Paralympics, a once-every-four-years competition for athletes with physical disabilities, are March 9-18 in Pyeongchang, South Korea.

"This is an official clinch," Kurka said by cellphone. "I am officially on the team now that I have a World Cup podium."

The results "really helped to boost my confidence" heading into Pyeongchang, he said.

Kurka, who just turned 26, was partially paralyzed in an ATV accident at age 13. He qualified for the Paralympics four years ago but never made it to the starting line — he crashed during downhill training and broke his back.

He came back better than ever. At last year's World Championships, Kurka won gold in the downhill, silver in the giant slalom and bronze in the super-G.

Saturday's downhills were the first of the World Cup season. To help make up for all of the races that had been canceled, officials staged two downhills Saturday and will stage two super-G races Sunday.

Kurka said he liked his chances Saturday after finishing third in training Friday. He said he doesn't ski for speed during training runs — instead he feels out the course, looks for places to gather speed, identifies spots where he can or can't take chances.

"Knowing I could take it easy and not be aerodynamic through my run and still pull out third place in training, I had a pretty a pretty good idea I could pull off a top spot in the races."

Kurka won Saturday's first downhill race in 1 minute, 14.74 seconds, nine-tenths of a second ahead of Japan's Akira Kano. In the second race, he clocked 1:14.28, finishing 1.52 seconds behind winner Kurt Oatway of Canada.

Kurka was pleased to make the podium in both races, but he said what matters most to him right now is the Paralympics.

"From the day the season started I could not wait for Pyeongchang to happen," he said. "I'm not a patient person. I want it to be here and over with. I'm counting down the days. That's the real event I want to compete in this year.

"These are cool and everything, but I went into (this weekend's) races not really determined to be victorious, just to prepare myself for Pyeongchang. The fact I came out with gold and bronze, I'm proud of it, but I'm really looking toward Pyeongchang. Getting that gold medal for Alaska is really what I'm going for."