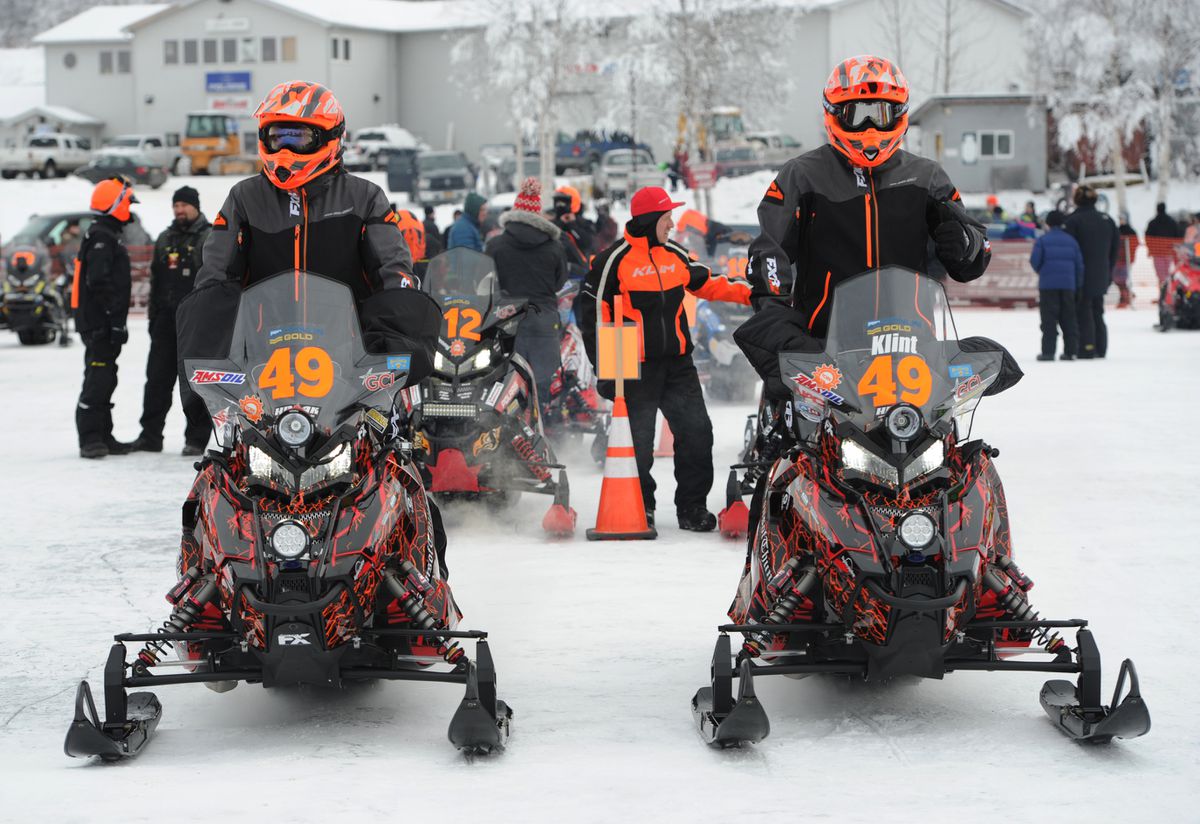 When organizers meet Tuesday to decide the fate of the Iron Dog snowmachine race, they may choose to hit the brakes temporarily, not permanently.

Board member Lee Butterfield said Saturday it's possible the board could cancel the 2019 race and rev up again in 2020.

The race across Alaska, first held in 1984, "is running on empty" after its major sponsor ended its involvement in 2016, Butterfield wrote in a Facebook post last week.

It costs about $425,000 to stage a race, he said — a figure that includes the salary of one year-round employee. In recent years, Butterfield said, the race has employed a staff of three.

Tuesday's board of directors meeting will be preceded by 30 minutes of public comment from 5-5:30 p.m. at the Iron Dog office (7100 Old Seward Highway, Suite C). Anyone is welcome to participate.

People can also leave comments or suggests on a survey posted on the race's Facebook page.

"We've gotten an amazing response on the survey," Butterfield said. "A lot of people have some really good ideas on how we can continue this race. That's part of why we're interested in hearing from people before the meeting."

The race began as a 1,000-mile race from Big Lake to Nome before being expanded to 2,000 miles by adding a leg from Nome to Fairbanks.

Butterfield said there has been no talk of making the race shorter. But if there is a 2019 race, he said it could be a bare-bones event that scales back on things like racer banquets, the Flying Iron freestyle show and the ceremonial start, typically held in Anchorage the day before the official start at Big Lake. This year's ceremonial start was canceled due to financial reasons.

Butterfield, a teacher at South High, is one of nine board members, down from 11 after the recent resignations of Skip Boomershine and former board president Jim Wilke.

"Both Jim and Skip have agreed to continue to volunteer and help where they can," Butterfield said. "They are both a wealth of knowledge and experience."

"The people that are on the board now are trying to do everything in their power to make sure this race continues to happen," Butterfield said. "… To continue in perpetuity — that's everyone's hope."