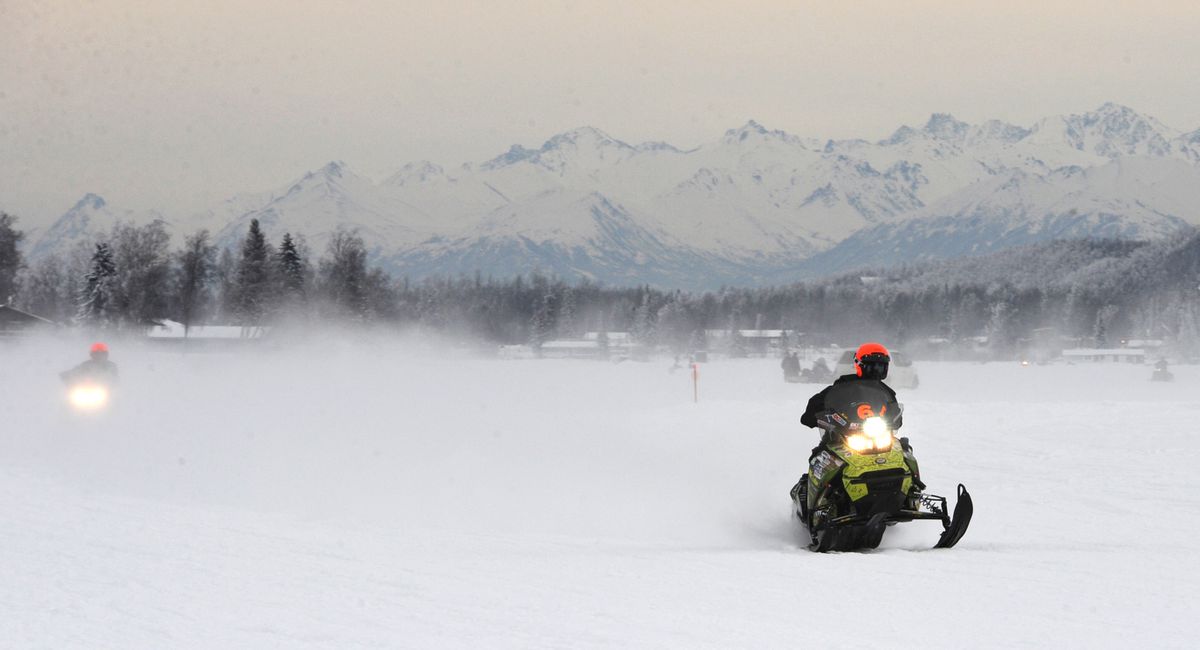 The race's board of directors voted unanimously Tuesday night to go forward with the annual snowmachine race across Alaska despite budget troubles and the lack of an executive director.

Fueled by enthusiasm from racers and optimism that additional sponsors can be found, organizers who said last week that the race was "running on empty" rejected the idea of scrapping the 2019 event.

"There's enough interest coming in to go ahead," said Jeff Johnson, a board member since 2006 who on Tuesday was elected board president.

Staging the 2,000-mile race from Big Lake to Nome to Fairbanks costs about $425,000 a year, organizers say. Johnson said the 2019 race will be financed by entry fees, existing sponsors and hopefully some new sponsors.

The race gets $75,000 from Donlin Gold, board members said, and other sponsors also make contributions.

No snowmobile manufacturers sponsor the race.

"They've been asked," Johnson said. "They do sponsor some individual teams."

Johnson said about 50 racers attended a meeting on Monday night and "offered their support," and a survey on the race's Facebook page soliciting cost-saving ideas attracted "hundreds" of responses. A 30-minute public comment period that preceded Tuesday's closed-door board meeting at the Iron Dog office drew a handful of people.

One of them was Iditarod race director Mark Nordman. The two events both use the Iditarod trail, with the Iron Dog racers sometimes clearing the trail for the dog mushers.

"It'll affect us some, but not dramatically," Nordman said. "For me, I just don't want to see an iconic event go away."

Johnson said the ceremonial start in Anchorage, which was scrapped in 2018 to save money, will probably not be held in 2019. He said no decisions have been made about the Flying Iron exhibitions or other pre-race events in Anchorage.

Board members said a salary of $75,000, with possible incentives, is likely needed to fill the job. All other paid staff positions have been eliminated.

"It's hugely important to have an executive director to be the face of the organization," Johnson said. "We hope to have that filled as soon as possible."

The Iron Dog began in 1984 as a 1,000-mile race from Big Lake to Nome. In 1998, the race was expanded to 2,000 miles, with Nome becoming the halfway point and Fairbanks becoming the finish line.