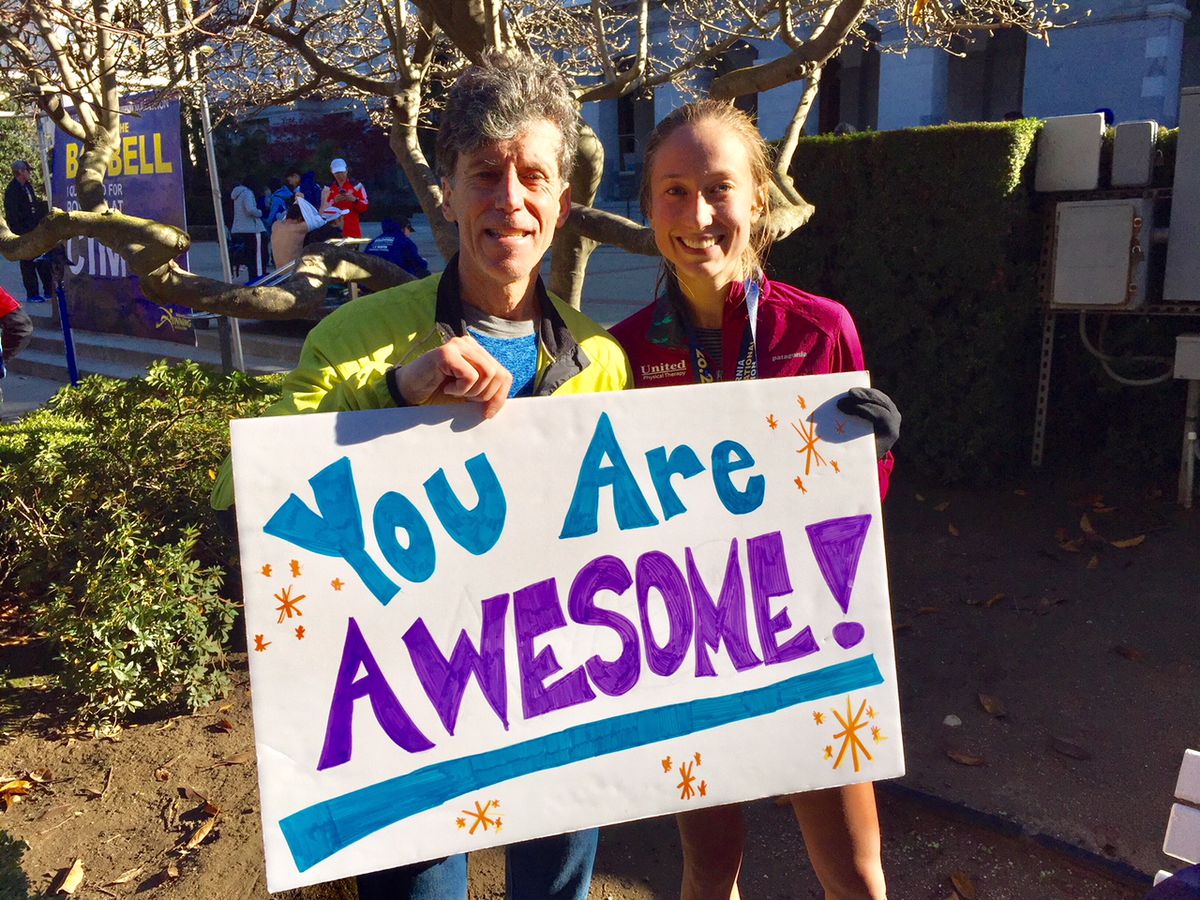 Frequent training partners over the years, the Anchorage runners posted massive personal bests in the 26.2-mile race in Sacramento.

Dalton, 29, slashed more than seven minutes off her previous fastest time while beating the qualifying standard for the Olympic trials by a little more than 15 seconds. She finished in 2 hours, 44 minutes, 18 seconds, to earn a spot in the February 2020 trials in Atlanta.

“I’ve wanted to qualify for a long time, and am so happy and relieved that it came together today,” Dalton said by text.

Young also surpassed the American age-group record by more than a minute, but his time is unlikely to be officially recognized as a U.S. record. The Sacramento course has an overall drop of 340 feet, Young said, which is too much for the U.S. record book.

But he got the record he said he wanted – the course record, which was 2:44:48 before Sunday – and he felt great the entire race.

“What helped today was I went into this with a really big goal, which was to beat the course record,” Young said by phone. “My training went well, I stayed healthy, I didn’t really have any injuries and I tapered well. It all came together really well.”

Young ran with Dalton and fellow Anchorage runner Chad Trammel for awhile but didn’t stick with them for long.

“He ran out of his mind,” Dalton said. “I thought I’d end up running with him a lot of the race but he left me in the dust a little after halfway.”

Dalton was no slouch herself.

She began her pursuit of a qualifying time a couple of years ago, but various health issues kept getting in the way.

She ran her previous best of 2:51:31 on a cold, windy day at the 2015 Boston Marathon, and a few months later entered he 2015 California International Marathon.

“I went for the Olympic trials standard there and blew up. Ran 3:05,” she said.

She didn’t complete another marathon until Sunday. In 2016, she was sidelined by concussions (one from a mountain bike accident, one from a car accident). In 2017, she got food poisoning right before the Boston Marathon and switched to trail running for the rest of the year.

This year, Dalton’s target was September’s Berlin Marathon, but once again her plans were foiled.

“After realizing too late that I was very anemic I sat that race out and took some time off from running,” she said. “That was a really tough decision, but today validated that it was the right one.

“I went into this race knowing that I was fit, but not necessarily marathon fit. I only did one run that was 20 miles. I was a little nervous that my legs wouldn’t hold up over the distance but am so relieved that they did.”

Dalton, who placed 87th among women and 406th overall among more than 7,000 runners, said the field included “a big pack of women all aiming for an Olympic trials qualifying time.”

“It’s unusual to have a race with so many people working together to achieve the same thing,” she said.

All those fast women proved advantageous for Young.

“I knew that there were these little pockets of women shooting for 2:44,” he said. “I caught up to these two men pacing these women and they had bibs that said ‘2:44 pace team’ (and) I thought, OK, I’ll hang with these people and then when we get to Mile 20 I’ll go hard and maybe I’ll get the course record.'

“I got in this group and found that I needed to run faster. So I’d find another group 50 yards ahead, tuck in with them, go for a quarter mile, look at my watch, and say, ‘I’m gonna go for that next group.’ ’’

Young said he caught Dalton and Trammel at about the 12.5-mile mark.

“I talked to them for a bit,” he said, “and my body said I just need to keep going faster. I saw another group of women ahead and went for it.”

And though the U.S. record book won’t reflect it, he took 69 seconds off the country’s longest-standing marathon age-group, a 2:42:44 recorded by Portland’s Clive Davies in 1979.