Got wheels? The Tour of Anchorage ski race is ready for you 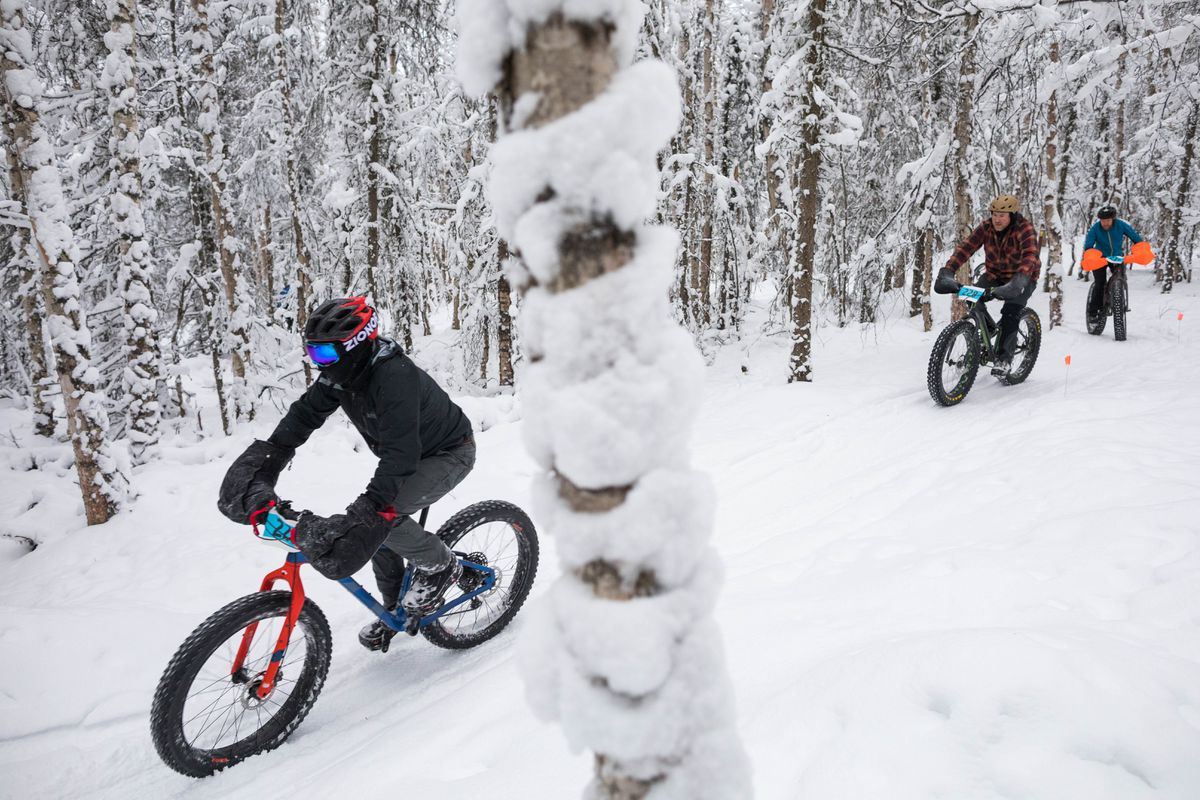 Coming to this year’s Tour of Anchorage ski race: Wheels.

For the first time since the cross-country ski race across Anchorage began in 1988, a fat-tire bike race is on the menu.

They have their choice of two races – 40-kilometer or 50-kilometer courses. Both will start at Service High and both will finish at Kincaid Park, just like the ski races.

Organizers hope the move to include fat-tire bikers will shore up participation in the Tour of Anchorage, which peaked in 2007 with about 2,000 skiers but has dwindled in recent years. Last year’s event drew about 800 entrants.

“It just felt like it was the right time given the popularity of fat biking to have that option," said Tour of Anchorage race director Matias Saari. By including bikers, the race hopes to hit 1,000 participants once more.

Saari said bikers have two good reasons to add the Tour to their winter schedule. One is the chance to be part of a big event -- the Tour, held the day after the ceremonial start of the Iditarod, has a long history and is one of Anchorage’s major winter-time events.

“There’s never been a bike race on those trails,” Saari said. “We’re adamant that bikers are not permitted to scout the course or train on those sections -- they’re only open to bikes on race day.”

The addition of the bike race could prove popular for skiers, too. Saari said people who sign up for one race can switch to the other up until bib pickup on March 1-2. So if conditions turn sour leading up to the race, skiers can switch gears and do the bike race instead.

Warming winters have made it challenging to be a skier in Anchorage in recent years. In 2014 and 2015, snow was so scare the Tour of Anchorage was limited to repeated trips around a single short loop at Kincaid Park.

At the same time that skiers have dealt with inconsistent trail conditions, fat-tire biking has exploded. Bikes with wide tires that allow travel on snow first began appearing in Alaska in the late 1980s. By the 2000s, they had become a familiar part of the winter outdoors landscape.

Saari said he doesn’t anticipate race-day conflicts between skiers and bikers. He said the first bikers are expected to reach the Sisson Trail turn-off six kilometers from the finish at about 3:45 p.m. Last year at 3:45 p.m., only 15 skiers remained on the course.

More information about the Tour of Anchorage, including how to sign up, is available here.