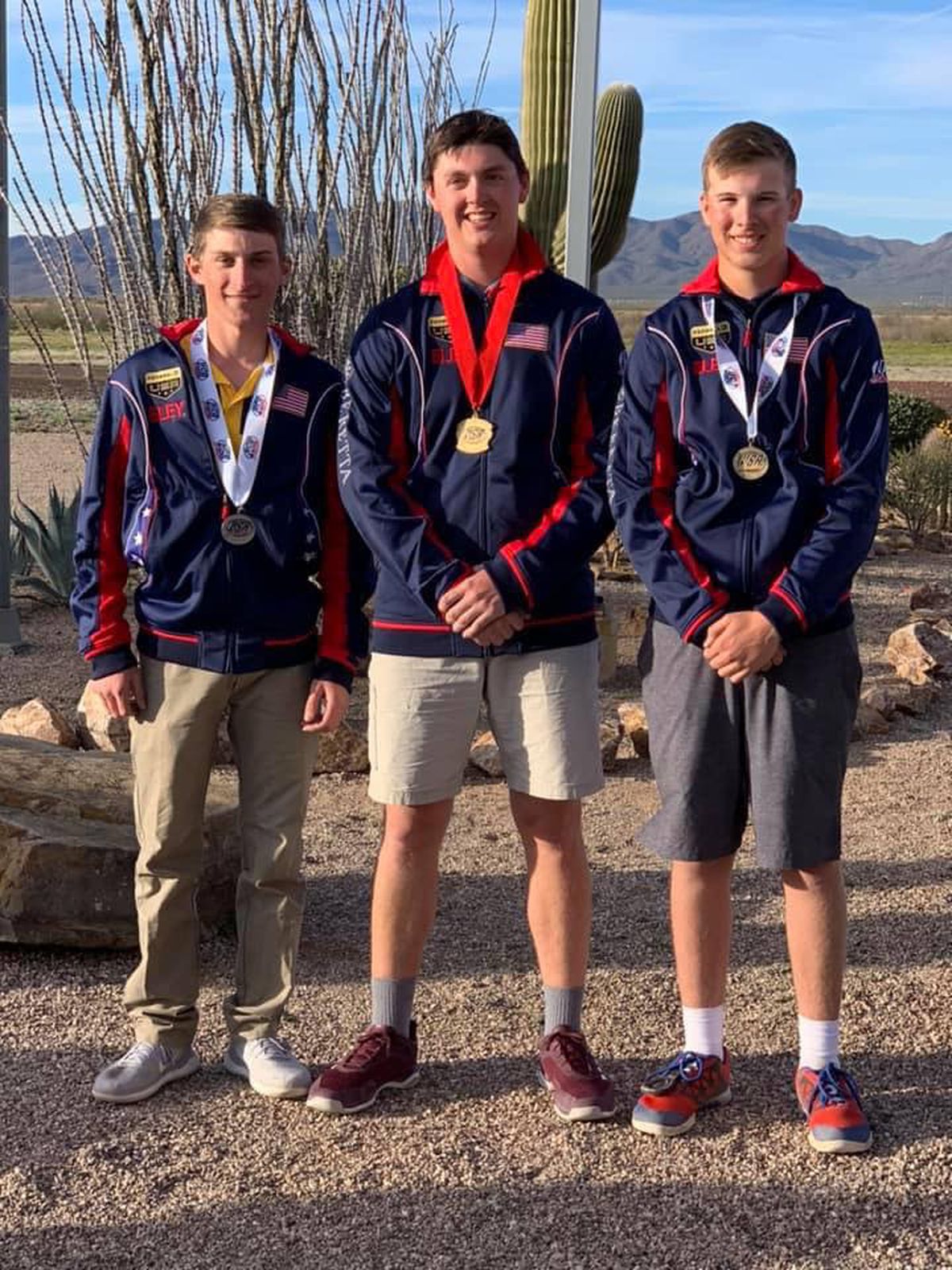 Brown captured the gold medal in the junior boys competition and Davey claimed two medals — bronze in junior boys, and bronze in the open competition for mixed teams, where he was paired with Julia Stallings of Rossville, Tennessee.

By finishing in the top three in the junior boys competition, Brown and Davey qualified for two big upcoming meets — the ISSF World Shotgun Championships in Lonato, Italy, where the best in the world will congregate, and the Junior World Championships in Suhl, Germany.

Another Alaska teenager, Madeleine Taylor, placed fifth among junior girls. Taylor, Brown and Davey all started shooting with the Birchwood Bears at Birchwood Recreation & Shooting Park under the guidance of coach Dave Kaiser.

The Spring Selection marked the start of the 2020 Olympic Trials for trap and skeet. Corey Cogdell-Unrein, a two-time Olympic bronze medalist from Eagle River, was among those who competed. She made it to the finals of the women’s open competition but didn’t leave with a medal.

Cogdell-Unrein is shooting for two these days — she and husband Mitch Unrein, a defensive tackle for the Tampa Buccaneers, are expecting their first child this spring. They revealed the baby’s gender on Super Bowl Sunday, when Cogdell-Unrein took aim at a clay target that exploded with a puff of blue smoke.

To add to your superbowl half time entertainment, as promised here is our baby gender reveal! Excited to be bringing a new little outdoorsman into the world!