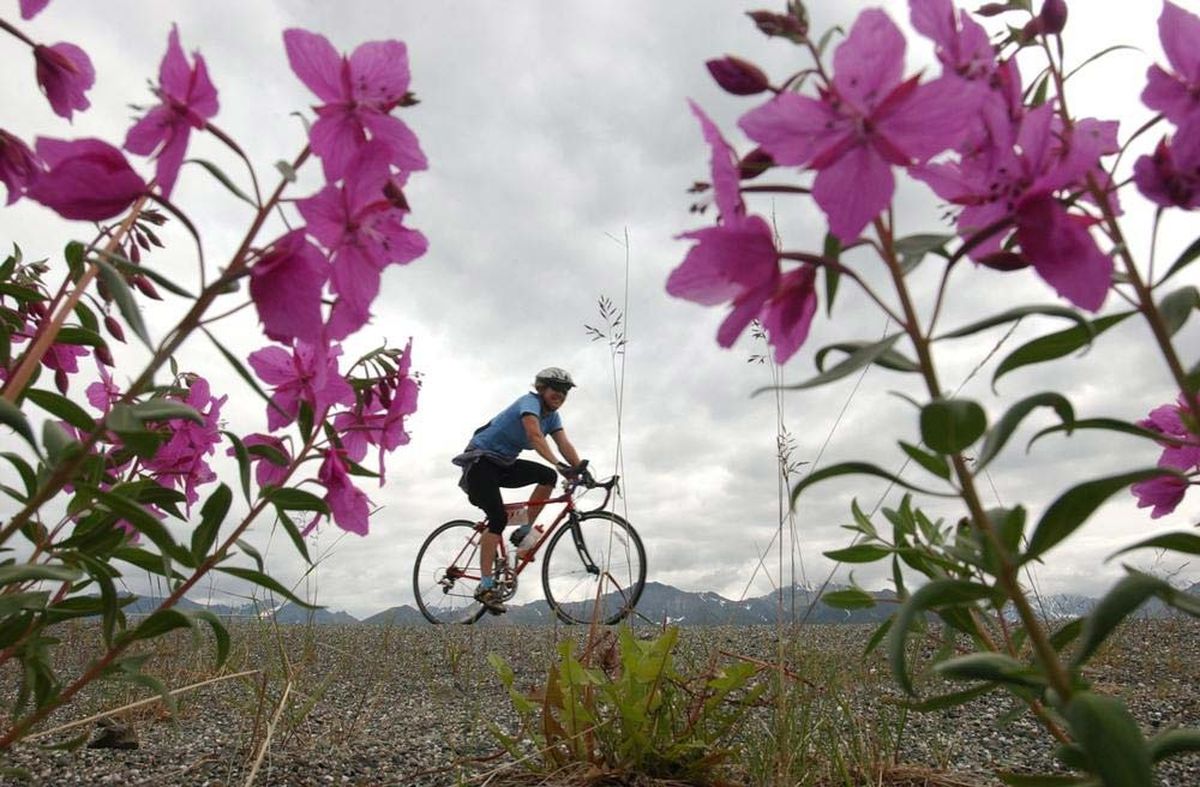 Dwarf fireweed frames a rider on the Glenn Highway during the 2006 Fireweed. (Erik Hill / ADN archives)

Dwarf fireweed frames a rider on the Glenn Highway during the 2006 Fireweed. (Erik Hill / ADN archives)

The Fireweed 400, Alaska’s biggest bike race, won’t be held this summer and may be gone for good.

Race officials said Thursday that this year’s race, which would have been the 17th annual edition of the event, won’t be held and “any additional runnings of the race are not feasible,” according to a press release from the race committee.

Jeremiah Osborne, the Fireweed 400’s IT director and a member of the race committee, said in an interview that committee members are interested in creating a similar event but there will be no replacement for the Fireweed 400 this year. It’s too late to get Department of Transportation permits and insurance, he said.

The Fireweed 400, created in 2003 by Peter Lekisch and George Stransky, consisted of several distance events held each July on the Glenn and Richardson highways. It attracted hundreds of riders every year.

The 400-mile race went from Sheep Mountain Lodge to Valdez and back and was a qualifying race for the 2,980-mile Race Across America (RAAM).

The Fireweed 400 also included races of 50, 100 and 200 miles. The 200-mile race, which started at Sheep Mountain Lodge and ended in Valdez, was the most popular of the events.

“It is our hope to see a local bicycle club take on the challenges of running a similar RAAM qualifying event in the future,” the race committee said in a press release.

“There’s nothing this year,” Osborne said. “Ideally, it would be awesome to be hopeful for something in 2020.”