Months after getting a new heart, a Chugiak man takes on the Alaska Heart Run 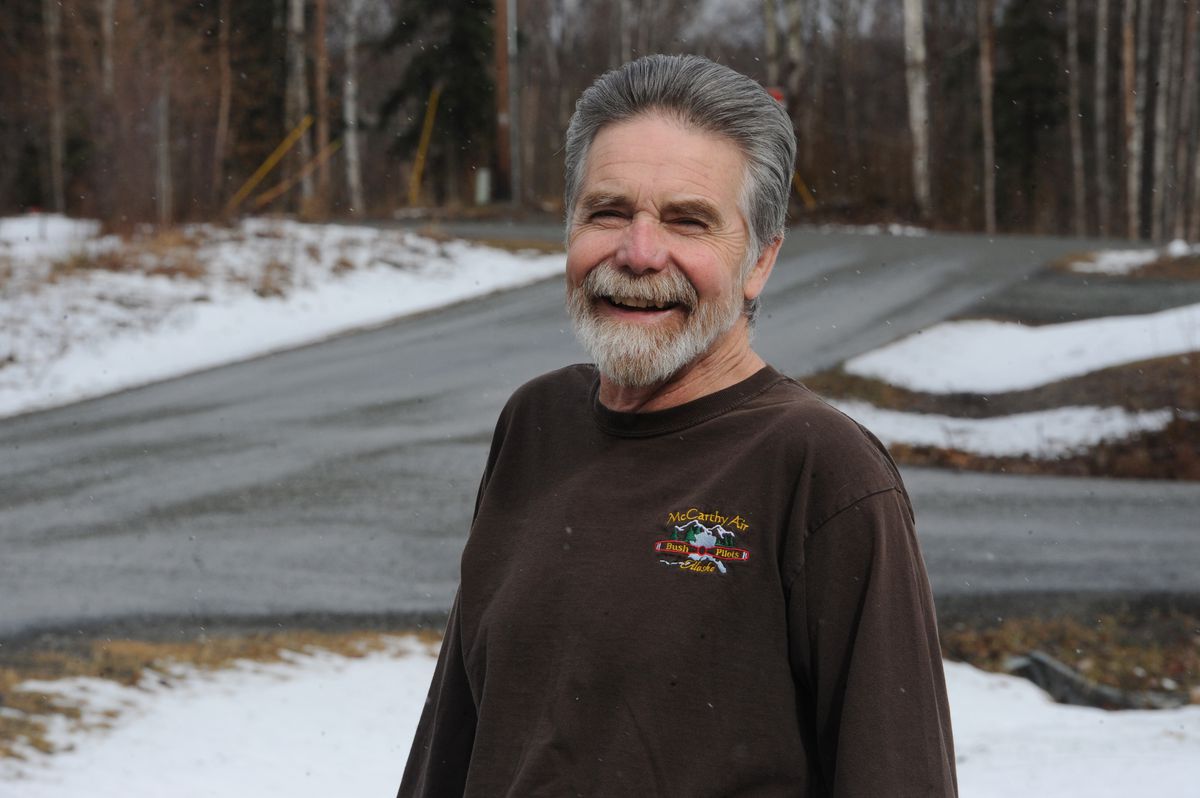 Louie Shaw, 66, who had a heart transplant six months ago, will participate in the Alaska Heart Run on Saturday. Photo at his Chugiak home. (Bill Roth / ADN)

Louie Shaw, 66, who had a heart transplant six months ago, will participate in the Alaska Heart Run on Saturday. Photo at his Chugiak home. (Bill Roth / ADN)

Sixty-six-year-old Louie Shaw of Chugiak will make his Alaska Heart Run debut Saturday morning by walking the 5-kilometer race course with friends and relatives all around him and the heart of a 23-year-old stranger inside him.

Shaw had a heart transplant a little more than six months ago in California. He drove Los Angeles freeways within a month of his Oct. 15 surgery, and after returning to Alaska he made several snowmachine trips up the Yentna River to the family cabin. He’s remodeling his house. He’s got a moose hunt planned for September and hopes that he might be into good enough shape by August to go sheep hunting.

He is living his best life. For himself, and for the family of the young man whose heart is keeping him alive.

“If you think about it, why did that donor family donate that? So the individual could get on with their life, I’m sure,” Shaw said Wednesday before going to pick up one of his grandchildren at school. “I don’t want to go hide under some rock.”

Shaw’s heart transplant came nearly two decades after doctors discovered he had an enlarged heart and a blood clot the size of a golf ball. Within six months, blood thinners and other medications got rid of the blood clot and returned his heart to its normal size.

“But the damage had been done,” Shaw said, although the extent of the damage didn’t emerge until years later. “I did 14 more sheep hunts after that. I just kept on pushing.”

Hunting has been a barometer of heart health for Shaw, a mechanic who worked 20 years at Cal Worthington and about 10 years at Prudhoe Bay for CH2M Hill (later Jacobs Engineering) until heart failure landed him in the hospital last May.

In the spring of 2000, Shaw was hiking up Bear Mountain to get in shape for a sheep hunt when he noticed something weird.

“Both of my arms felt like they were falling asleep,” he said, “and I remember thinking, ‘Maybe it’s your heart,’ and then I thought, ‘Oh, no, keep on trucking.’

Several weeks later he was on his sheep hunt and the higher he climbed, the more lackadaisical he got. Instead of pursuing some rams he had spotted, he headed back down to camp.

The night he got home from that trip, he woke up to the sound of bubbles percolating in his throat. The next day a physician assistant gave him decongestants for a possible allergy.

A few weeks later he was on a moose hunt, and again there was shortness of breath, this time with pain in the center of his chest. He thought it was acid reflux.

“I got to a place where I couldn’t sleep. I had a major dry cough. I’d go up to the second floor (at work) to use the bathroom and I would have to stop at the top of the stairs," he said. “Now it’s the first week of October 2000, and my wife finally says ‘if you don’t go to the doctor, don’t come home tomorrow.’ ’’

That’s when doctors discovered the enlarged heart and the big blood clot.

Fast forward to a September 2017 moose hunt, and Shaw once more found himself short of breath. The next Monday he was back at Prudhoe Bay and still struggling to breathe. Medics there called the Alaska Heart Institute, which wanted to see Shaw immediately.

By January 2018 he was back on the North Slope, but by May the drug’s effectiveness had lessened and he was sent to an Anchorage hospital. Shaw went home with an IV in his arm but his condition continued to worsen. By the end of June he was on plane headed to Cedars-Sinai Medical Center in Los Angeles.

Shaw and his wife Kim found a place to live near Cedars-Sinai, although Kim eventually ran out of vacation time and had to return to her longtime job at First National Bank in Eagle River. Cedars-Sinai swiftly put Shaw’s name on a transplant list, but it took three tries to find a good heart.

The first time, Shaw said, he was knocked out and on the operating table “and the next thing I know is I’m getting woke up and they say, ‘Sorry, Mr. Shaw, the surgeon didn’t like the heart.’ ’’

A couple of days later, the hospital called again. It had a heart from a man who had died in prison.

“They put me in the operating room and the phone rings, and they said the heart was at-risk,” Shaw said. “So that’s the second false alarm.”

A few more days passed before Shaw got a third call. On Oct. 15, surgeons put the heart of a 23-year-old man inside his chest.

“By the time Kimmy got from here to there I was sitting up in the bed, talking and eating Jell-O,” Shaw said. “They had me walking the next day. After seven days I was out of the hospital.

It’s a miracle made possible by organ donors. At Saturday’s Heart Run — the annual footraces that raise awareness and money for the fight against cardiovascular diseases and stroke — Shaw hopes to inspire others to become donors.

He’ll be one of more than 50 race participants — including his 12 grandchildren — who will wear gray T-shirts bearing the team name “Grandpa Love” on the front and the words “Save a life, donate a life” on the back.

Shaw said he signed up to be an organ donor years ago.

“Once you’re dead, you’re not going to use them, you know? It’s bone and flesh that I’ve been given to cruise around this planet, but when I die I can’t use it no more,” he said. “That kind of thinking can help somebody else. You can affect 10 to 20 people with the stuff you’re donating.”

Shaw said he doesn’t ponder the fact that someone else’s heart is beating in his chest, although he recalled a moment after the transplant when he was in his hospital bed and heard his new heart beating.

“Wow, listen to that,” he remembers thinking. “Ain’t that great?”

Shaw doesn’t know who his donor was, but he said he often thinks about the generosity and unselfishness the man’s family showed during a time of unspeakable grief.

“To be able to go, ‘OK, let’s help someone else out, let’s donate these organs’ — just unbelievable,” he said.

Because of their decision to donate, Shaw continues to live his life, to hug his wife, to play with his grandchildren, to go on moose and sheep hunts. After his transplant he wrote them a letter of thanks.

“In the letter I told them I live in Alaska and I’ll be taking their loved one on some adventures that most people only dream about,” Shaw said.