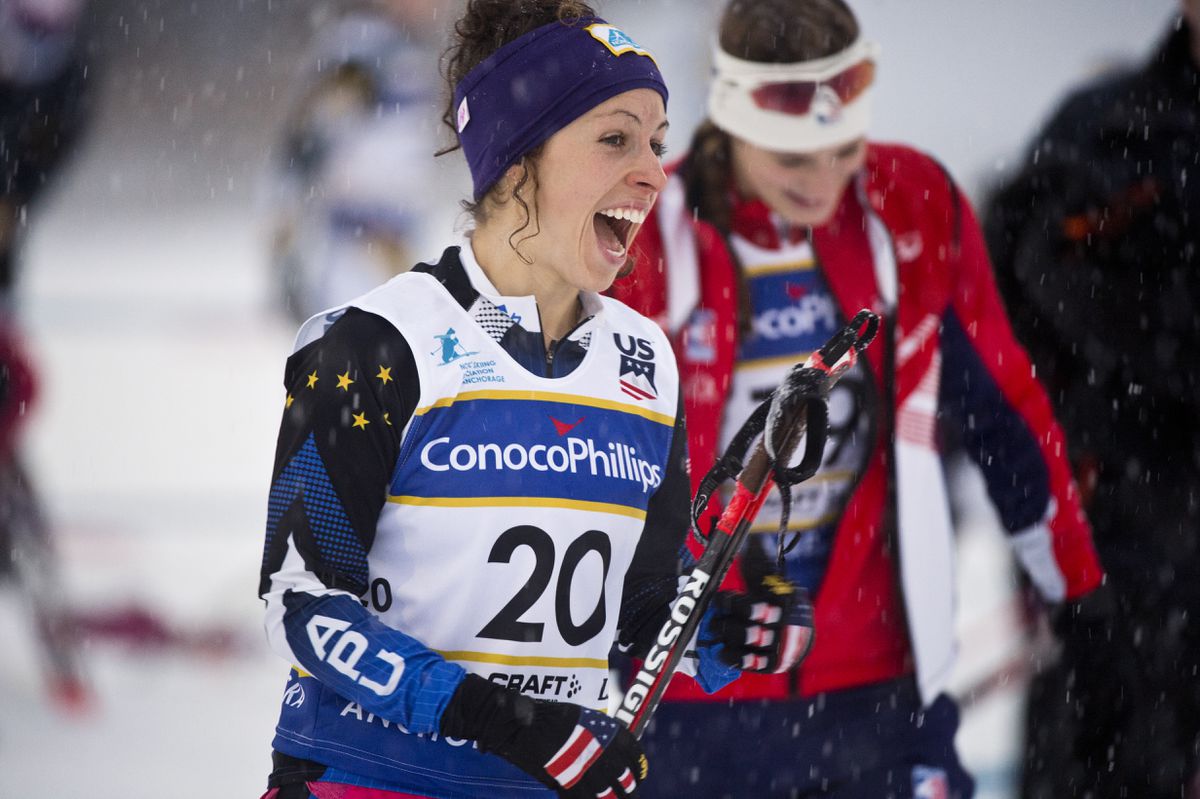 For the second time in 10 days, Anchorage’s Rosie Frankowski showed her uphill prowess to set a mountain running course record.

A member of the 2018 Olympic cross-country ski team, Frankowski used her ski training to complete the three-mile race — which challenges runners with 3,500 feet of climbing — in 49 minutes, 17.7 seconds.

Frankowski finished nearly four minutes ahead of the second-place woman, Denali Strabel, whose time of 53:12.9 gave her a narrow edge over third-place Julianne Dickerson (53:21.7).

Erik Bjornsen, a two-time Olympic skier, claimed the overall victory in 43:33.7. He was comfortably ahead of runnerup Lars Arneson (44:52.9) and third-place and course-record-holder Scott Patterson (46.10.9). Patterson set the course record of 42:04.9 in 2017, when he edged Bjornsen by three-tenths of a second.

The Government Peak Climb is the third race in the seven-race Grand Prix mountain running series. The next race is the Robert Spurr Memorial Hill Climb later this month at Bird Ridge, and the crown jewel is the July 4 Mount Marathon race in Seward.