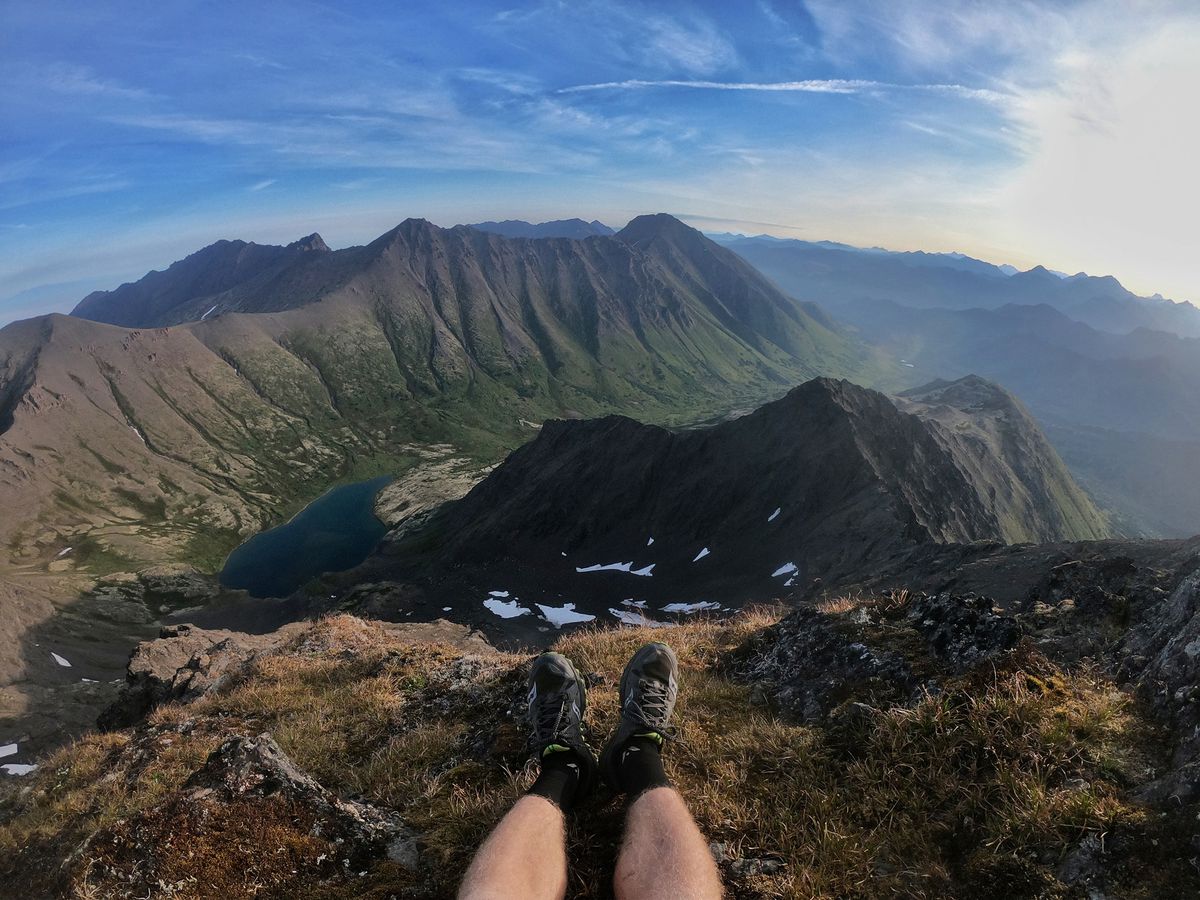 Lars Arneson was 15 minutes late to work Friday. He had a pretty good excuse.

Arneson, 29, spent Thursday annihilating the speed record for the 12-peaks Challenge, a pursuit that includes summiting the dozen peaks higher than 5,000 feet in the front range of the Chugach Mountains.

He hiked a little less than 40 miles and climbed about 18,000 vertical feet in 14 hours, 41 minutes. His time slashed a little more than three hours off the record set last July by Adam Jensen and Matt Shryock, who made the climb in 17:43.

Arneson finished at 6:42 p.m. Thursday and logged 7.5 hours of sleep before reporting to his job as a GIS specialist at Kinney Engineering the next morning at 8:15.

“I’m happy to be walking today,” Arneson said Friday afternoon. “I’m all-around exhausted. Just getting out of the chair was a chore.”

Arneson said he set out early Thursday morning with the 12-peaks Challenge record in mind. Two years ago, he and Peter Mamrol established a speed record of 18:10, which stood until Jensen and Shyrock lowered it by 27 minutes last summer.

“I only stopped to empty my shoes out and fill my water bottle with snow,” Arneson said.

Arneson said he climbed the peaks in the same order he and Mamrol did two years ago but made some changes in the route that took him from one peak to the next. Those changes saved him a couple of miles and about 2,000 feet of climbing, and he moved at a faster pace.

“I knew there was a lot of time that could be shaved off,” Arneson said of his 2017 trip with Mamrol. “And having two years to focus on training has made it easier.”

Arneson was a cross-country skier and runner in high school and college — he went to high school at Soldotna’s Cook Inlet Academy and went to college at UAF — but said he was burned out on racing after he finished college.

When he got back into running a couple of years ago, he took his talents to the mountains. He has been one of Alaska’s top mountain runners the last three years, posting wins at races like the Mat Peak Challenge, the Turnagain Arm Trail Run and Kal’s Knoya Ridge Run. After a nine-year absence from Mount Marathon, he placed seventh last year and third this year.

Arneson said until Thursday he hadn’t been on most of the Chugach’s front-range peaks, known collectively as the Chugach Front Linkup, the last two years. He began his climb at 4:01 a.m. from the Rabbit Lake parking lot with a water bottle and a bunch of energy bars — spartan sustenance compared to the array of gourmet treats that fueled a linkup climb earlier this month by Julianne Dickerson, Abby Jahn and April McAnly.

“The one exciting thing I brought was Honey Stingers (waffles),” he said.

Arneson had company at the start and the finish of his trip. Chad Trammell, another top mountain runner, ran to Rabbit Lake with him at the start of the day, and at the end of the day Trammell, Jensen and Kenny Brewer ran the final 2.7 miles with him to the Stuckagain Heights parking lot.

Now that he’s done it a second time, Arneson said he doesn’t think he’ll take on the 12-peaks Challenge again.

“That would be a pretty good reason,” Arneson said. “… I just hope it doesn’t get beat by three hours.”