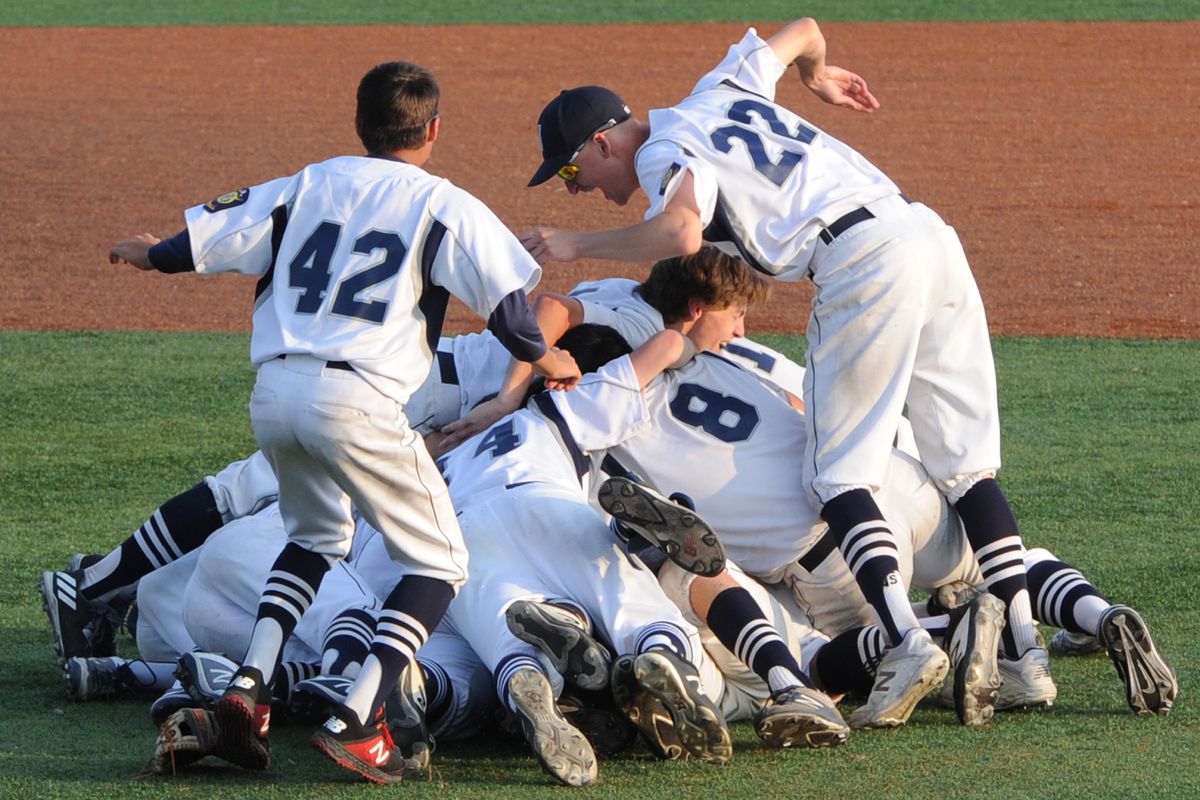 The final day of the American Legion baseball season was a long one for the Juneau Midnight Sun, but the extra hours paid off in the form of another state championship.

The Midnight Sun captured their third straight championship Tuesday by winning twice in extra innings. They beat Wasilla 13-8 in the championship, a game that started shortly after they had defeated South 5-4 in an elimination game.

Both games were scheduled for seven innings at Mulcahy Stadium but both went eight.

In the final inning of the title game, a three-run triple by Bobby Cox fueled Juneau’s five-run outburst. In the win over South that sent them to the championship game, the Midnight Sun were propelled by four consecutive singles in the last inning.

Things looked grim for the Midnight Sun early in the championship game. Wasilla charged to a 5-1 lead after three innings and was leading 7-5 going into the sixth.

In the top of the sixth, Juneau scored three runs to grab an 8-7 lead, plating runs on a fielders choice, a sacrifice fly and an error.

Wasilla tied it in the bottom of the seventh on Balau Buckmaster’s sacrifice fly, but the Road Warriors left the bases loaded.

In the top of eighth, Juneau scored the game-winning run on Gabe Storie’s RBI double. A hit batsman and a walk loaded the bases for Cox, whose blast made it 12-8. Cox went on to score on a groundout.

The Road Warriors went quietly in their half of the inning to finish the season with a 29-8 record. They won their first three tournament games by a total of four runs before the back-to-back losses to Juneau.

Juneau, the tournament’s No. 2 seed, won its final four games to finish the season with a 28-5 record.

On Monday night, Juneau blanked Wasilla 6-0 behind Storie’s five-hitter. Because the Road Warriors were the last of eight tournament teams to lose a game, they advanced straight to the championship game despite the loss, and Juneau dropped into Tuesday afternoon’s loser-out game against South.

Juneau stayed alive with late-game heroics against the Wolverines. It tied the game 3-3 in the bottom of the sixth — Donavin McCurley scored from third base while South’s infield was distracted by a rundown involving Juneau’s Kasey Watts between first and second bases — and then won it in the eighth with four straight hits.