Bill Leavell was the human computer of Anchorage sports, but he was all about the people 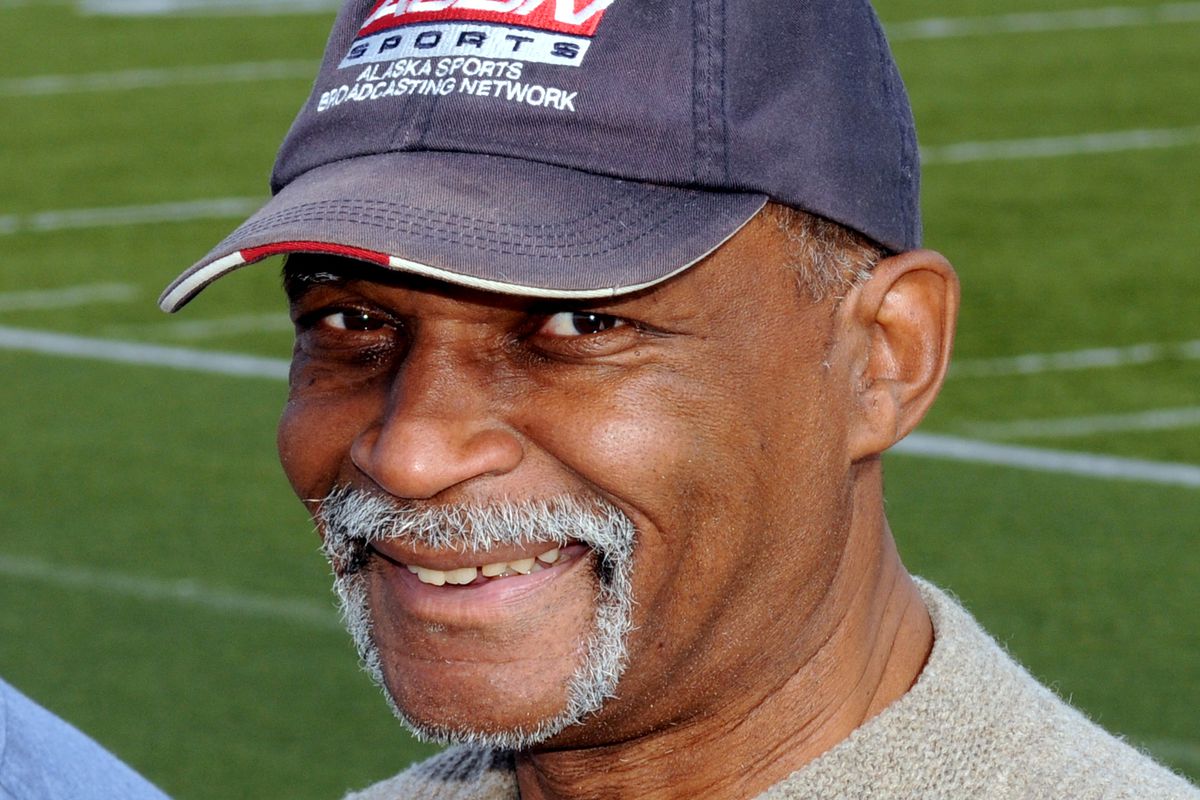 Bill Leavell was a coach, an official, a booster, a broadcaster and a mentor, a man who volunteered far more hours than he was paid to do all of those things. Photographed Sept. 17, 2008. (Erik Hill / ADN archive)

Bill Leavell was a coach, an official, a booster, a broadcaster and a mentor, a man who volunteered far more hours than he was paid to do all of those things. Photographed Sept. 17, 2008. (Erik Hill / ADN archive)

Here’s a story that tells you something about Bill Leavell, who died Monday at age 71 from complications of diabetes.

Back in 1986, Leavell was the sports information director for Alaska Pacific University’s brand-new NAIA athletic program. At a December men’s basketball game between APU and Montana Tech, he was all set to perform his duties as public-address announcer and stat-crew member when it became clear one of the game’s two referees was a no-show.

Instead of letting the game go down as a cancellation or a forfeit, Leavell put down his microphone and put a whistle around his neck. He refereed the game — APU won 69-68 — and then put together a box score and distributed it to the local media.

Leavell did a little bit of everything during more than three decades as a fixture on the Anchorage sports scene. He went by the nickname “the Human Computer” because of his work as a sports statistician, but in fact he was all about the people, not the numbers.

He was a coach, an official, a booster, a broadcaster and a mentor, a man who volunteered far more hours than he was paid to do all of those things.

Social media has been filled with props and prayers for Leavell. Kelly Thompson, a member of the Alaska Sports Broadcasting Network who worked with Leavell for years, said he got nearly 200 likes and comments when he posted news about Leavell’s death on Facebook earlier this week.

“I’ve been reflecting a little bit (about) how many people he touched as an umpire or the guy at basketball games (who knows) all the players and the parents,” Thompson said. “Everybody just liked him and loved him. No one didn’t like Bill.”

Leavell started working — volunteering, mostly — with the ASBN in 2000. He was working a football game that year with Anchorage radio great Dick Lobdell when Leavell earned the nickname that followed him for the rest of his years in radio.

“Bill was doing the stats and he had all this paperwork out and Dick looked over and saw all the stats and said, ‘Bill’s a human computer,’ ’’ Thompson said. “He took and rode with that for 19 years. He loved it.”

Thompson said Leavell’s battle with diabetes started that same year. It took a devastating physical toll, including the amputation of a leg.

“He lost both his feet,” Thompson said. “It started with losing a toe and then the whole foot. It continued to get worse and he ended up losing his other foot.

“He fell a month or so ago and hurt his hip and was in a lot of pain. He was really miserable the last couple of months.”

Leavell grew up in Dayton, Ohio, a devout fan of the Cleveland Browns. “Leavell’s home is a Browns shrine,” former Daily News sports reporter Danny Martin wrote in 1999. “It includes an orange couch and brown chair (Cleveland’s colors), Browns ashtrays and shot glasses, and a set of Browns trading cards.”

He played basketball at Chapman College in California before coming to Anchorage, which became his second home.

Leavell immersed himself in local sports, from his days with APU’s short-lived foray into intercollegiate athletics to decades spent umpiring baseball and coaching basketball.

He was an assistant coach at West High and Heritage Christian for several years in the 1990s and remained involved with West basketball as a volunteer and booster for years after that.

“I first met Bill when I pitched for the Alaska Cubs in the Anchorage Adult Baseball League,” Kevin Klott, a teacher at Goldenview Middle School, said in an email. “Out of all the umpires, Bill certainly had the most generous strike zone. Elbows to shins. I loved to keep pitches low, so his zone drove the batters nuts.

“Bill was so laid back on the field that none of the batters had a problem yelling at him. They just knew Bill wouldn't toss them. But he also never let them get into his head. He always fired back with a voice of reason. At adult baseball games you don't see many parents in the stands, so in many ways, he was like everyone's dad out there.”

This would have been Leavell’s 20th high school football season as an ASBN statistician, but failing health kept him from making it to any games, Thompson said.

The day before ASBN’s season-opening game between West and Soldotna, “he called and he said he just couldn’t walk up the stairs anymore,” Thompson said. “So he watched the game from the parking lot in his car and listened on the radio.

“The next week the same thing. Then last Saturday it was West at East, and he called, and he just sounded really tired and in a lot of pain.”

No plans have been made yet for a memorial or funeral service, Thompson said.