By setting an American age-group track record, one Anchorage runner pays tribute to another 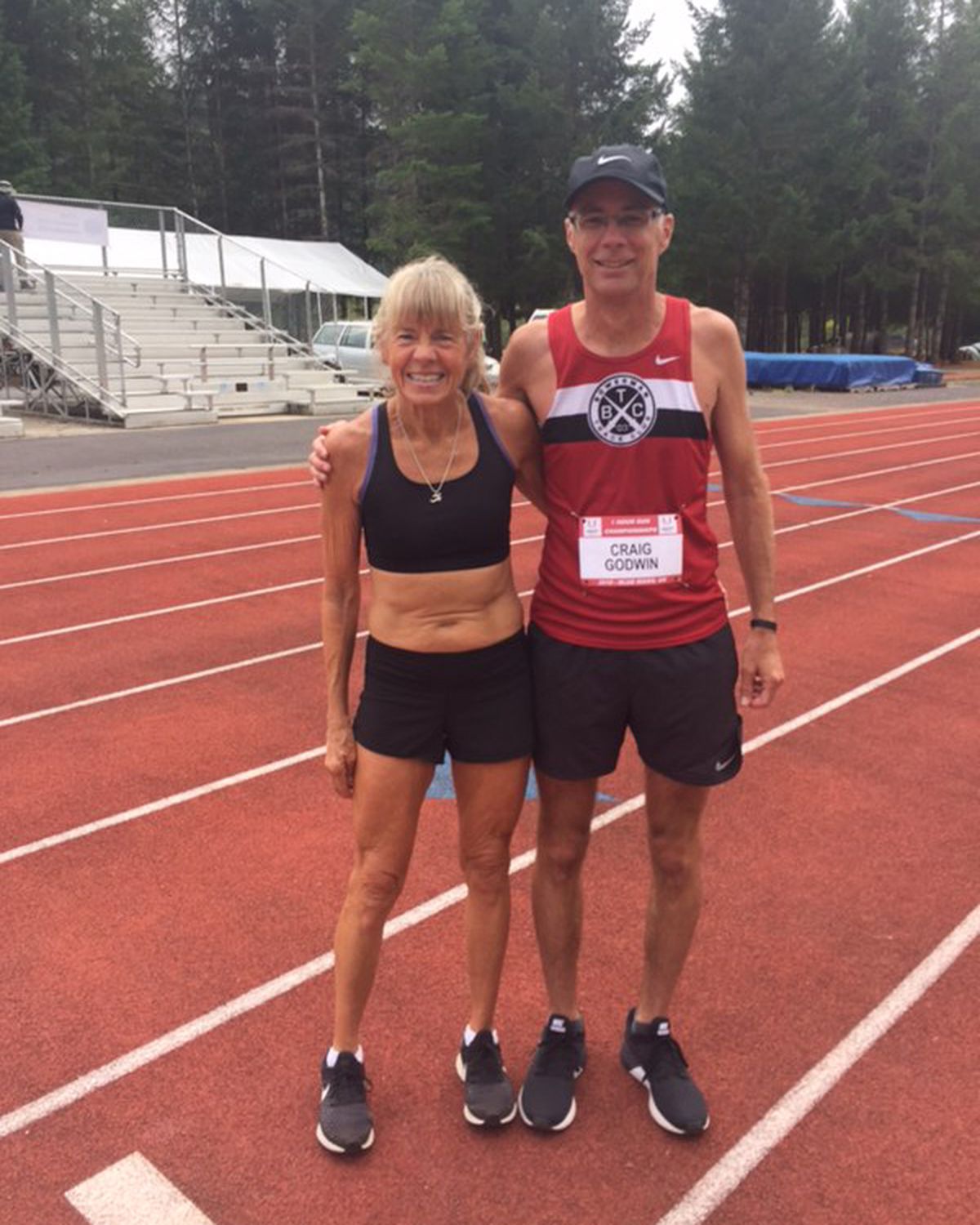 When a friend sent Suzanne Ray information about a footrace he thought she might want to enter, he included a list of national age-group records for the distance.

The record belongs to Marcie Trent, an Anchorage woman who helped pioneer women’s running back in the 1970s. Trent was a friend and mentor to Ray, one of the city’s top runners in the ’80s and ’90s before she and her family moved to Oregon.

“She was so important in my early development as a runner,” Ray said. “She was out there every day with that serious but cheerful attitude.”

Trent set more than 20 national age-group records before she was fatally mauled by a bear at age 77 while on a training run at McHugh Creek.

At least one of her records still stands, in an event called the one-hour track run. In 1980, Trent set the 60-64 age-group record by running 13,075 meters in one hour of running laps on a track oval.

“I didn’t beat Marcie’s record for the younger age group, and I wasn’t out to,” Ray said. “The point was to have both of our names there.”

Trent and Ray were among Alaska’s top runners at their peaks.

Trent’s career was nothing short of remarkable. She was a three-time winner of the Equinox Marathon, with her first victory in the grueling 26.2-mile race in Fairbanks coming in 1970 when she was 52. She won again at age 55 and age 58. In 1981, at age 63, Trent failed to crack the top three for the first time in 10 Equinoxes. She placed fourth.

Ray was a four-time Heart Run champion and the 1994 Run for Women champion. Her winning time of 28 minutes, 27.5 seconds ranks as the 15th fastest in the history of the Run for Women.

Ray, who was born and raised in Anchorage and taught and coached here for many years, is still a teacher, although she is working part-time now as she eases into retirement.

She’s still a runner too, and she isn’t close to retiring from that career. Earlier this summer, Ray set an American age-group record at 30 kilometers with a time of 2 hours, 22 minutes, 48 seconds. She shaved nearly five minutes off the previous of mark of 2:27:54, set in 2004.

Ray said she started jogging while in college. She was in her 30s when she entered her first race, wearing Keds and cut-off jeans.

“This was waaay pre-women’s running,” she said.

She was flabbergasted when a few weeks later she received a plaque in the mail for her finish. “I had no idea they also watched for women, not just the men ahead of us,” she said.

When Marcie Trent entered her orbit, Ray went from being a jogger to a runner. A co-founder of the old Pulsators Running Club, Trent was both famous and beloved for encouraging and befriending runners she met on the trails and roadways.

“She was just always there,” Ray said. “She was one of those people, and she just encouraged me personally: ‘You can do this. You can develop yourself.’

“I remember the moment I knew I could beat her. We had a Marcie Trent Series, and the last race of the series was a half marathon. We were running on the highway somewhere and were about a mile from the finish and I realized I could catch her and beat her. I thought, ‘I know I can do that, but today is not the day. It’s the last day of her series and I’m going to let her win it.’

“It was such a breakthrough to realize that, but she knew it before me.”

Trent did more than push Ray as a runner. Years later, Trent’s attitude about aging and her ability to be competitive yet encouraging continues to be an influence, Ray said.

Ray said when she first started running seriously, she didn’t understand how good Trent was. She understands now. The Equinox website has a list that ranks top times based on every age, and Trent still has the top time at four ages -- 60, 61, 63 and 68 – and ranks in the top three for ages 55, 56, 58 and 59.

Trent’s heyday came at a time when few women raced in their 50s and beyond, and that allowed her to win a lot of age-group titles and set a lot of age-group records. But many of her times still hold up, and Ray wants people to know that.

“She was good then, and she would have been good now,” Ray said. “She wasn’t just some pioneer who broke through. She was good.”