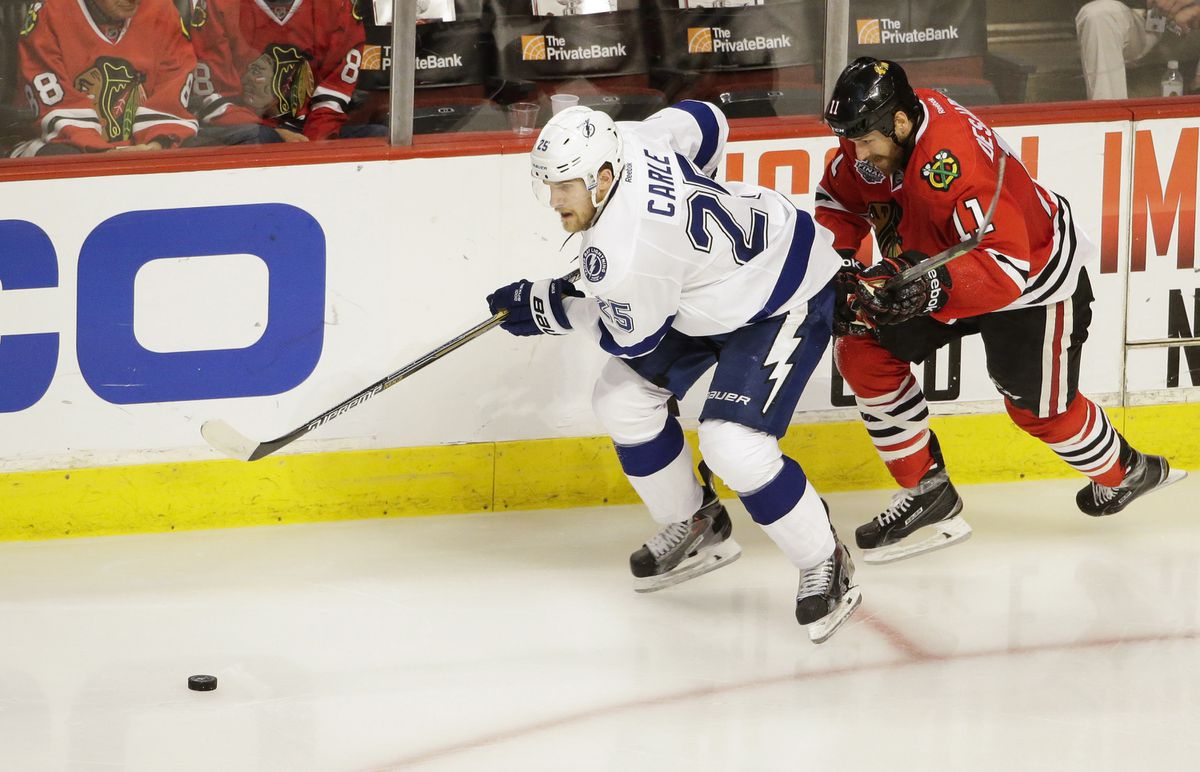 A running pioneer who was an age-group phenom and a hockey player who achieved greatness at every level of the game lead the Alaska Sports Hall of Fame’s Class of 2020.

Matt Carle, who grew up in Anchorage, played 12 seasons in the NHL before his 2016 retirement. He won two NCAA titles in college and collected two world-championship gold medals with USA Hockey junior teams.

They will be enshrined at an April 28 ceremony at the Anchorage Museum, Hall of Fame executive director Harlow Robinson announced Thursday.

Also gaining entry in the Hall of Fame were one event and one moment.

The Yukon 800 boat race, one of Alaska’s first extreme sporting events billed as the world’s longest and toughest speedboat races, was selected in the event category.

The UAA hockey team’s 1991 upset of Boston College in the NCAA playoffs, a feat that raised the profile of Alaska college hockey at a critical time, was selected in the moments category.

Trent was the ageless wonder who was a pioneer not just for women and masters-level runners, but for Anchorage running.

She was a co-founder of Anchorage’s old Pulsator Club, which staged races that helped turn running into a popular pursuit. She was a regular age-group winner — and sometimes the outright winner — of scores of footraces.

Not many women were running back in the late 1960s when Trent started churning out the miles and inspiring others to do the same. She claimed three victories in the rugged Equinox Marathon, where she recorded her fastest time — 4 hours, 4 minutes — at age 60. She was 56 when she set the women’s record in Colorado’s Pikes Peak Marathon, running 27.8 miles with 7,000 feet of vertical ascent in 5:30. In 1988, she set the world marathon record for women 70 and older with a time of 4:11.

In the summer of 1995, Trent was 77 years old and on a training run at McHugh Creek with her son, Larry Waldron, when they were killed by a grizzly bear. The annual Trent Waldron Half Marathon is named in their honor.

In 2002, Trent was elected to the USA Track and Field Masters Hall of Fame.

Trent is the fourth runner to be selected for the Hall of Fame, joining Olympic track runner Don Clary and mountain runners Bill Spencer and Nancy Pease.

Carle grew up in Anchorage but spent most of his career in the Lower 48 after skating one season at Service High and playing youth hockey for the Alaska All-Stars. He left Alaska at age 15 and spent two years with the National Team Development Program in Michigan and went on to win gold medals with Team USA at the 2002 World Under-18 Championships and the 2004 World Junior Championships.

He was a second-round draft choice by the San Jose Sharks but chose to play college hockey before going pro.

As a junior defenseman at the University of Denver he won two national championships, became Alaska’s first two-time NCAA All-American and won the Hobey Baker Award as college hockey’s best player in 2006. He gave up his senior season to sign a three-year, multi-million-dollar deal with the Sharks. In his first NHL game in March 2006, he scored a goal.

Selected in the event category, the Yukon 800 is a two-day, high-speed race on the Chena, Tanana and Yukon rivers. It was first held in 1960, making it one of Alaska’s oldest extreme sporting events.

It bills itself as the world’s longest, toughest and roughest speed boat race, and it offers no shortage of obstacles — trees, logs, smoke from forest fires, blowing sand, high winds and rain. Mechanical skills and navigation skills are mandatory.

Selected in the moments category is the 1990-91 UAA team that shocked the college hockey world by knocking off powerhouse Boston College in the first round of the 1991 NCAA playoffs.

The playoffs were a best-of-3 series back then, and Boston College was playing on home ice. The Seawolves won the first game 3-2 and the second game 3-1, which earned them a spot in the NCAA quarterfinals — and a day off in Boston on St. Patrick’s Day.

It was a pivotal moment for Alaska college hockey. UAA and UAF were both independents trying to gain membership in one of the sport’s conferences. The performance by the Seawolves brought respect for the Alaska teams, which earned full-time members in conferences (UAA in the WCHA, UAF in the CCHA) in 1993-94.

Daily News sports editor Beth Bragg is a member of the Alaska Sports Hall of Fame selection panel. This story has been updated to clarify that UAA hockey’s victory over Boston College happened in the first round of the playoffs and sent the Seawolves to the quarterfinal round, and to include additional biographical information on Marcie Trent and Matt Carle.

MOMENTS (with year of occurence)