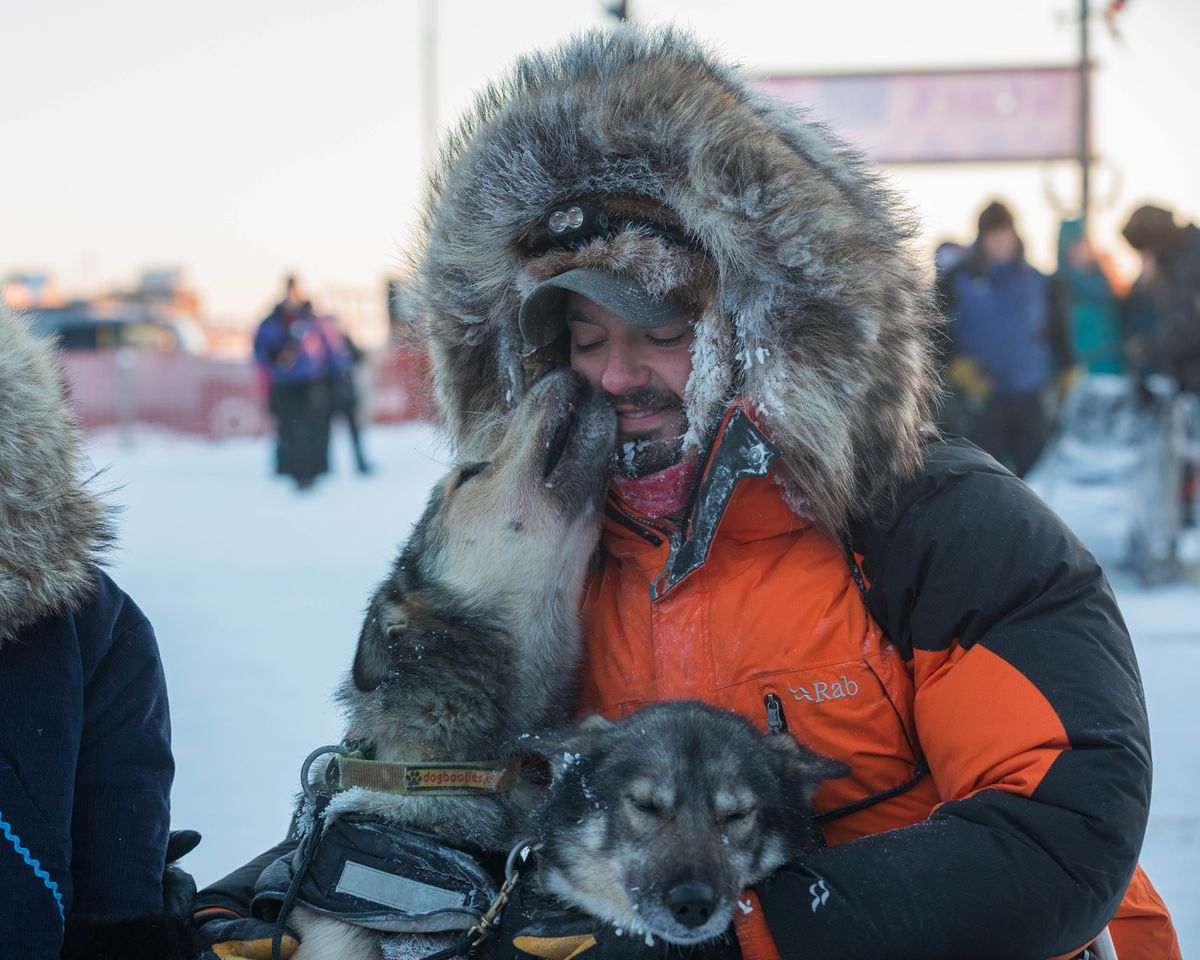 Peter Kaiser gets a kiss from lead dog Palmer after winning his third straight Kuskokwim 300 in 2017. (Loren Holmes / ADN archives)

Peter Kaiser gets a kiss from lead dog Palmer after winning his third straight Kuskokwim 300 in 2017. (Loren Holmes / ADN archives)

The Kuskokwim 300 begins Friday night in Bethel with a stellar field, a big purse and a good trail.

The field of 21 mushers includes seven who finished in the top 10 of last year’s Iditarod, including winner and hometown hero Pete Kaiser. Another three cracked the Iditarod’s top 15.

And they’ll be racing on a trail made hard by the recent cold snap and improved by recent snowfall. Jeff King, a former Kusko champ and four-time Iditarod champ, told a student reporter for the Lower Kuskokwim School District that conditions look good.

The cold snap, he said, “really froze the lakes and the rivers, and it’s probably safer than it’s been.”

King, of Denali Park, is among 10 Kusko drivers who notched top-15 finishes in last year’s Iditarod. That group includes:

Other top names include Nic Petit of Girdwood, the winner of last weekend’s Copper Basin 300; Lance Mackey of Fairbanks, a four-time Iditarod champ; and Matthew Failor of Willow, the defending Kusko 300 champion.

The race begins at 6:30 p.m. Friday, and Kaiser will be the second musher to leave the start line, followed by Ulsom. The first musher to leave will be Dennis Kananowicz of Glennallen.

The Kusko 300 is one of the sled dog races this week in Bethel.

The Kusko 300 follows a trail that stretches from Bethel to Aniak and back. A winner is expected to reach the finish line sometime Sunday.