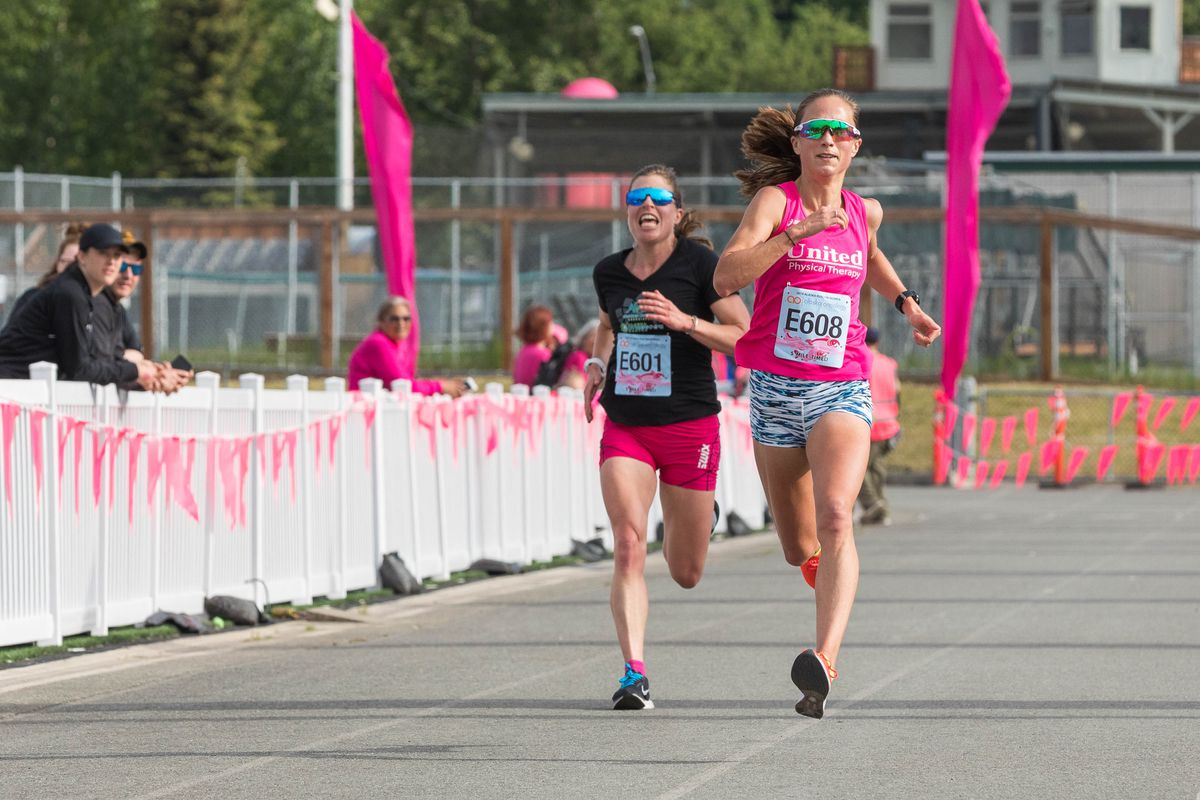 With six weeks to go before the U.S. Olympic marathon trials, Anchorage runner Anna Dalton tuned up by running a personal best at the Houston Half Marathon in Texas on Sunday.

Dalton, 30, shaved nearly two minutes off her previous best time to finish 73rd in a highly competitive field of 7,431 women.

“I am very happy with the time, especially given that I ran a lot last week and wasn’t tapering going into the race,” Dalton said via text. She said she logged 81 miles the week before the race.

Japan’s Hitomi Niiya won the race in 1:06:38 to set a Japanese record for the distance. Sara Hall of California was the top American, placing ninth in 1:08:58. Dalton said the deep field of quality runners was “probably the most competitive half marathon in the U.S.”

After starting the race by running six-minute miles, Dalton got faster as the race got longer and finished with a per-mile average of 5:53.

“It was a really windy day, so I’d find a group who was running a good pace, then as I continued feeling good I’d run up to the next group until the end of the race when it was pretty spread out and running into the wind was unavoidable. I finished the last mile under 5:30 pace and felt really strong.”

Dalton, the reigning Alaska Run for Women champion, has had a promising stretch in recent races, including the half marathon five months ago in Redmond.

Two weeks ago in Anchorage, she ran a 1,600-meter time trail at The Dome and delivered a personal-best time of 4:53.

“Seeing that I had speed in such (a) short distance during marathon training definitely gave me the confidence that a (half marathon) PR was within reach.”

Dalton, a West High graduate who has been one of Alaska’s top distance runners for several years, is one of five Alaskans who have qualified for the Olympic marathon trials. The other women are Keri McEntee of Fairbanks and Megan Youngren of Soldotna and the men are Aaron Fletcher of Anchorage and Tony Tomisich of Fairbanks.

The trials are scheduled for Feb. 29 in Atlanta.

This story was updated to expand the list of Alaskans who have qualified for the Olympic marathon trials.