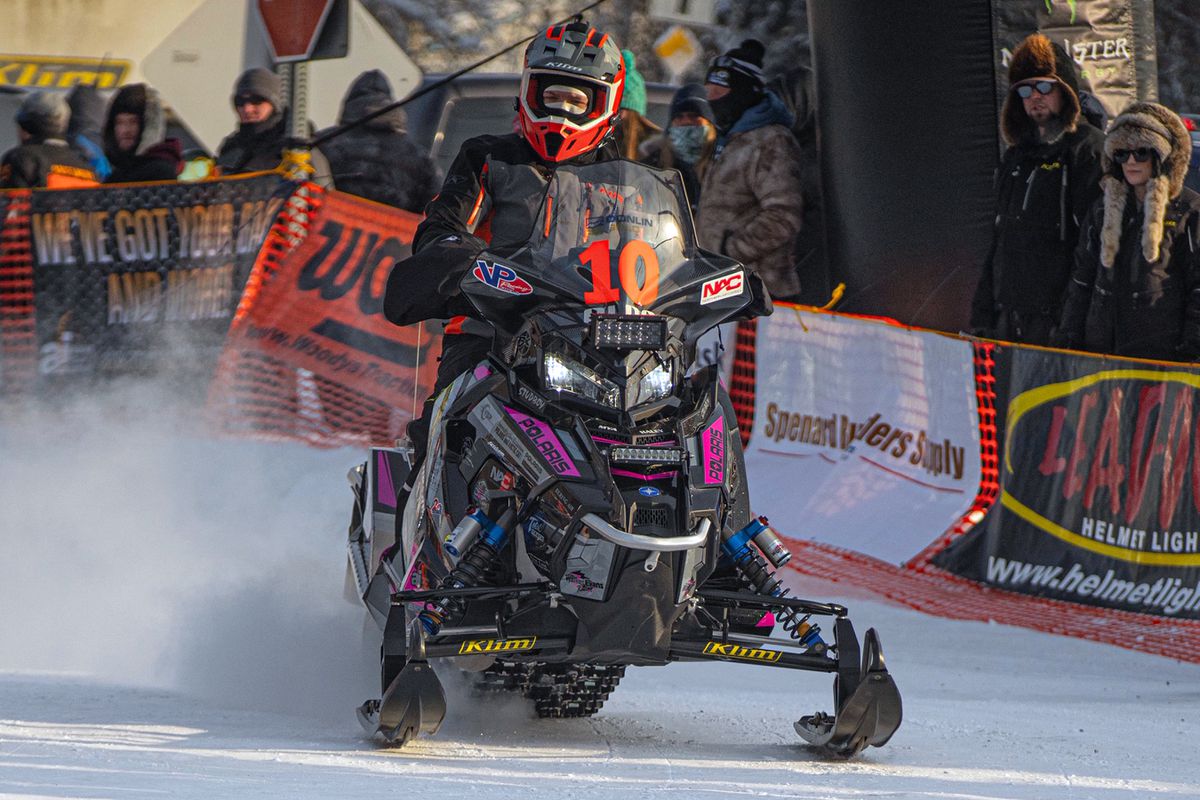 A rookie from California led a parade of 29 Iron Dog teams that began a 2,400-mile snowmachine journey across Alaska by roaring out of Fairbanks on Sunday.

The team of David Wagner of Arnold, California, and Roger Brown of North Pole was the first to leave the start line at Pike’s Waterfront Hotel.

Wagner, 50, is getting his first taste of the Iron Dog, but in a way, so is everyone

The race adopted big changes this year, beginning with the addition of nearly 400 miles. A loop was added that will take racers to Kotzebue, Buckland, Noorvik, Kiana and Selawik, bringing the number of towns and villages on the 2,395-mile race course to 28.

The race also underwent a course-reversal. The start was moved from Big Lake to Fairbanks, and the finish was moved from Fairbanks to Big Lake. The halfway point remains in Nome, where racers will take a long break Tuesday and Wednesday to rest and work on their machines.

Teams on Sunday left Fairbanks in four-minute intervals and headed to Galena, 391 miles from the start. They’ll take a layover there and then make the push to Kotzebue on Monday.

The race will end Saturday at Big Lake. In order to ensure a daylight finish, there will be hold at Rainy Pass before racers make the final push to Flat Lake, where the clock will stop ticking. From there teams will travel at non-race speeds to the finish chute at Southport Marina.