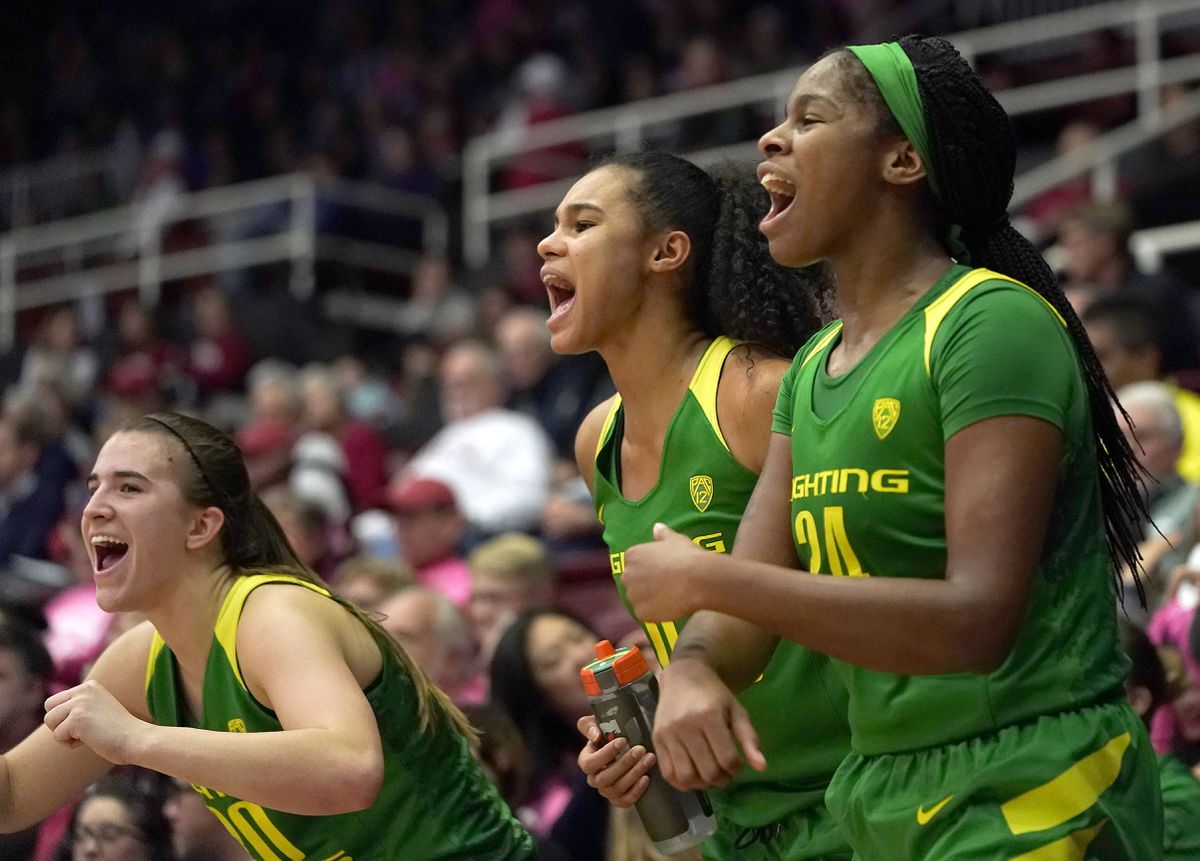 Denied a chance to see how far her team could go in the NCAA Tournament, Ruthy Hebard of Fairbanks picked up a consolation prize Thursday in the form of first-team honors on the Associated Press All-American Division I women’s basketball team.

Hebard, a 6-foot-4 senior for the Oregon Ducks, was one of five players in the nation named to the first-team. She averaged close to a double-double this season with 17.3 points and 9.6 rebounds.

Hebard was a key player for the 31-2 Ducks, the second-ranked team in the nation. Their season ended when the NCAA canceled events in response to the spread of the novel coronavirus.

Joining Hebard on the first team is one of her Oregon teammates, senior guard Sabrina Ionescu, who averaged 17.5 points, 9.1 assists and 8.6 rebounds.

Ionescu is a three-time first-team selection and the only unanimous pick for this season’s All-America team. It’s Hebard’s first time as a first-team pick after meriting honorable mention notice as a sophomore and junior.

“I’m happy for Ruthy. Sometimes she gets overlooked. She’s so darn good and important to what we do,” Oregon coach Kelly Graves said in a report by the Associated Press. “Not that she played in the shadows so to speak, but she wasn’t on top of everyone’s mind.”

Hebard is the second Alaska woman to claim first-team All-America honors. The other is Kelsey Griffin of Chugiak, a 2010 first-team pick as a senior for Nebraska. Griffin went on to play in the WNBA and has been one of Australia’s top pros for several years.

Andrea Lloyd-Curry, who played basketball in middle school while her family lived in Sitka, was a three-time All-American for Texas back in the 1980s and won an Olympic gold medal in 1988.