COVID-19 hits her like a stone, but Olympic curler Jessica Schultz is back 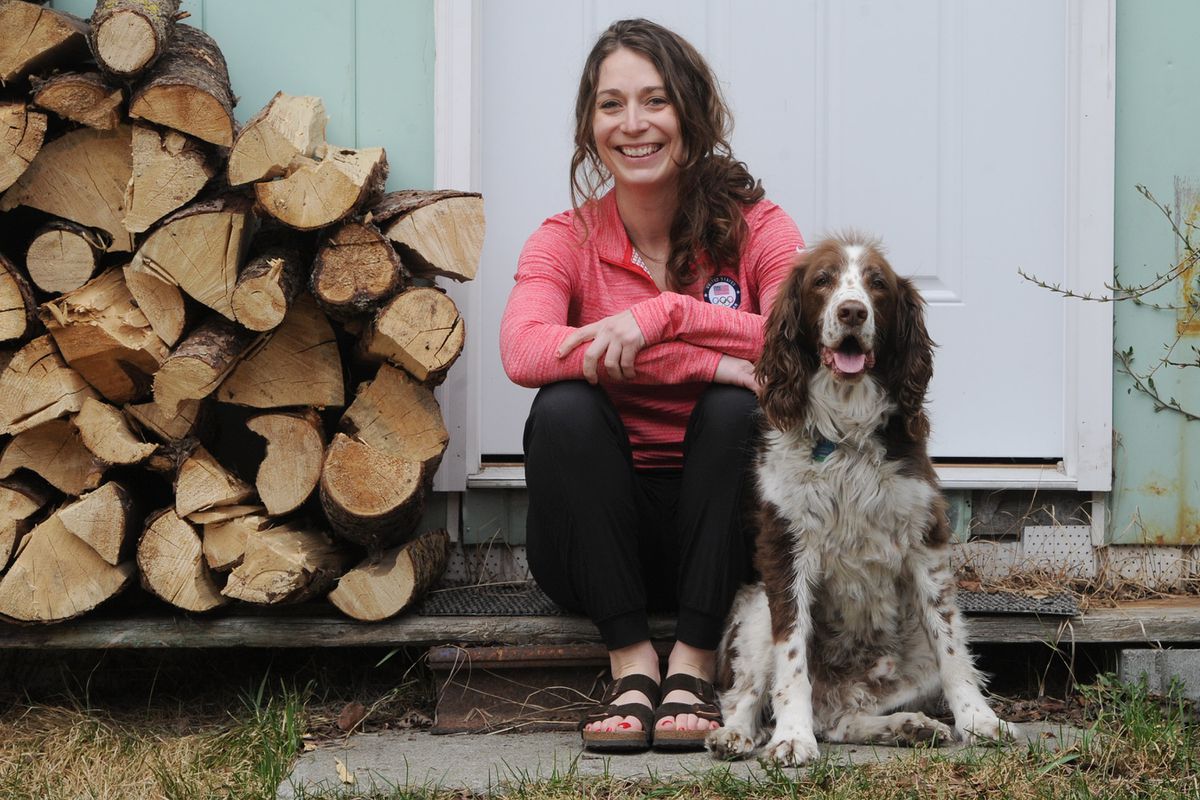 Two-time Olympic curler Jessica Schultz at her Anchorage home with 11-year-old Springer spaniel Diesel on Thursday. Schultz has recovered from a month-long battle with COVID-19 after being infected while traveling during the onset of the pandemic. (Bill Roth / ADN)

Two-time Olympic curler Jessica Schultz at her Anchorage home with 11-year-old Springer spaniel Diesel on Thursday. Schultz has recovered from a month-long battle with COVID-19 after being infected while traveling during the onset of the pandemic. (Bill Roth / ADN)

Schultz, 35, was the skip of a four-woman Anchorage Curling Club team that went 9-2 and captured second place at the national championships, held March 7-13 at the Potomac Curling Club in Potomac, Maryland.

The night before the Alaskans played in the championship match, Schultz and her teammates were feeling the impact of a busy week filled with competition and socializing.

“We were tired before the finals,” Schultz said, “and there were other odd things. One of my teammate’s knees got swollen, and I felt a little off. But it was so minor it was easy to write off.”

The team lost 10-5 in the finals, collected their awards and celebrated the best-ever finish by an Anchorage women’s team at the national tournament. They headed back home.

Within nine days, all tested positive for the new coronavirus that causes COVID-19.

For the next month, Schultz battled symptoms ranging so vastly in severity that she created two categories for them and gave them names.

She wrote about her new friends in a blog she created while self-isolating at her duplex in Anchorage:

“I have renamed it “my good friend Rona” or “the abusive ex-boyfriend Covid.” This is an attempt at finding some humor in what could be a devastating moment in time. The ex, Covid, hasn’t been around lately, thank goodness; he typically brings the joint pain and inability to function. But Rona… she likes to hang out and give the low-grade fever feeling. She occasionally surprises me for coffee or waits until happy hour to drop her bad news.”

Schultz, a member of Team USA at the 2006 and 2014 Winter Olympics, is happy to report she and her teammates are now among more than 300 Alaskans who have recovered from the disease.

She continues to follow guidelines aimed at mitigating the spread of the virus and she urges others to do the same, but she is not living in fear. “I’d fly now,” she said when asked about future travel plans.

At first Schultz worried that sharing her story might cast a bad light on the sport she loves. But the new coronavirus is not a curling thing — an assortment of NBA players, NFL players, NHL players, UFC fighters, Premier League soccer players and other athletes have all tested positive.

In a statement released in late March, USA Curling, the governing body of the sport, confirmed that multiple curlers who attended the Maryland tournament tested positive for the new coronavirus. Some reports have put the number of sick players at 20 or more.

“When you get people from all over the country, that can be a breeding ground,” Schultz said. “We had 10 men’s teams and 10 women’s teams in a building for a week. It was one week before everything hit. There was that one small pocket in Seattle, but we didn’t think anything of it.

“Toward the end of the week everything was shutting down. None of us knew we were ill until we got home.”

Then Schultz got a sore throat. One of her teammates got a fever. A third sent a text to the group: “Have you felt off?”

“We landed on Sunday afternoon and by that evening we were texting," Schultz said.

The next day, she said, “I called the nurse line and they said, ‘You have the flu.’ No, I didn’t have the flu. It took three days to get tested.”

Schultz was tested Wednesday and got her results Friday. Her teammates were tested earlier, on Monday, but didn’t get their results until the next Monday.

“That became an inside joke with us — ‘Oh, of course the Olympian gets her results first,’ ” Schultz said.

Another inside joke: The women were among the first people to test positive in Alaska, and because they are competitive athletes, being among the first became — well, if not a goal, then a thing.

Humor helped Schultz get through her month-long illness, as did Tylenol, zinc, sleep, hot baths and herbal teas.

But the disease itself was no joke. Schultz experienced chills, lethargy, fever, low-grade headaches, a cough, a runny nose, loss of taste and smell, tightness in her chest and joint pain that was sometimes “extremely limiting."

One day, she said, it felt like an elephant was sitting on her chest. Some days would bring mild symptoms courtesy of her friend, Rona, only to be followed by a visit from Covid, who would bring the pain.

“Covid, he was the worst," Schultz said. "He brought the joint pain and lethargy and (a fever). I was pretty miserable. ... He would go away for awhile and a couple hours later I’d be knocked back down again and laying on the couch.

“It happened once when we were celebrating a friend’s birthday (online). It was like I got hit by a bus, and my friends could see it happen on the camera.”

For the most part, Schultz said, she and her teammates experienced relatively mild symptoms. They are fortunate, she said.

“It’s really scary when you hear about people dying," she said. "Two (curlers who competed in Maryland) had to go to the hospital, and one almost didn’t make it, but thanks to our terrific health care providers he was able to get better.”

For more than a decade, Schultz worked in the health-care industry as a physical therapist assistant in Minneapolis. She was a member of the U.S. curling team for most of those years until she retired from world-class curling in 2018.

Last year she quit her job, sold her house and moved back to Anchorage, where her mom and dad still live. She got a job with Orthopedic Physicians Alaska, bought a duplex and started curlAK, a nonprofit group aimed at expanding curling in Alaska.

After a year’s worth of nonstop, life-altering changes came the coronavirus. Schultz missed a month of work and struggled to pay bills while Rona and Covid did their thing, but during those weeks another big change was happening.

USA Curling last week announced that Schultz is its new director of the women’s national team and junior program. Schultz said the fulltime job will keep her in Anchorage but will include travel once the worst of the pandemic is over and sports resume.

The position pairs nicely with her nonprofit group, she said, because she is determined to expand the reach of the sport.

“I believe curling has the camaraderie and sportsmanship that can be really beneficial to a community,” Schultz said. “I’m excited to expand the inclusiveness of the sport, because our sport is for all ages and all abilities and for people from any kind of background.”

As the director of youth programs, she wants to develop a pipeline serving all kinds of curlers. “If they want to get to the Olympics, we’ll have a clear path we can direct them on. If they want to be a club curler, we can help them do that,” she said.

Schultz worked her final shifts at OPA last week, and she spent her days wearing a gown, gloves and mask while conducting health screens of clinic visitors.

She said she knows there are people who think the virus is all hoax and hype and others who respond with anger or aggression when asked to follow guidelines set either by governments or businesses.

“It makes me heartbroken that we would treat each other like that instead of taking proactive measures to protect each other,” Schultz said. “If they don’t know somebody who has it, they think it’s not going to happen to them, and that’s where we were at the national championships."

Her advice for everyone: "Act like you have it.”