Film about Kenny Sailors, who revolutionized girls basketball in Alaska, to stream Friday on Facebook 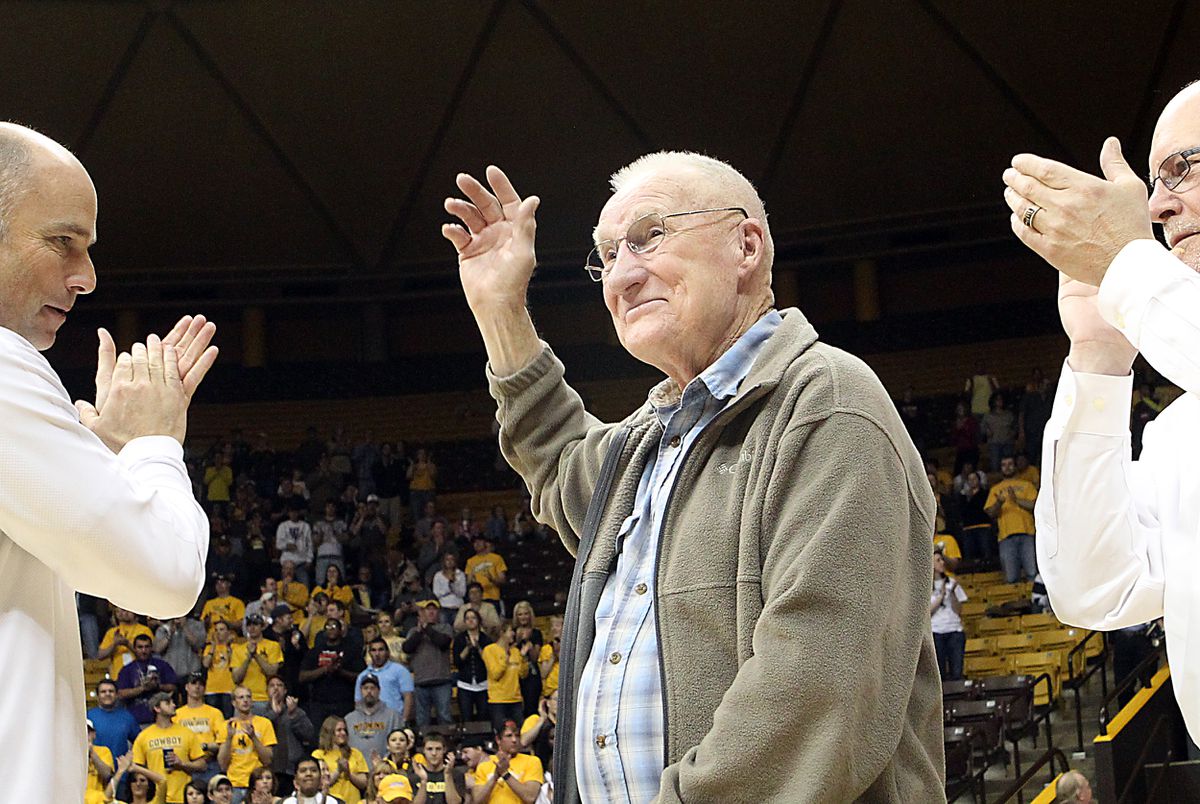 Kenny Sailors waves to the crowd during a 2012 ceremony in Laramie, Wyo., honoring his election into the National Collegiate Basketball Hall of Fame. (Michael Smith/The Wyoming Tribune Eagle via AP)

Kenny Sailors waves to the crowd during a 2012 ceremony in Laramie, Wyo., honoring his election into the National Collegiate Basketball Hall of Fame. (Michael Smith/The Wyoming Tribune Eagle via AP)

If you missed seeing “Jump Shot: The Kenny Sailors Story” when it was available on demand for $7.99 during a 72-hour window in April, you can see it for free Friday on Facebook.

The documentary, co-produced by NBA star Stephan Curry, will stream at 4 p.m. ADT on the AARP’s main Facebook page. It’s part of AARP Movie Night, and it will stream for free nationwide.

The film should be of particular interest to Alaskans because Sailors spent 34 years here from 1965 to 1999 as a coach and hunting guide.

Sailors is credited for inventing basketball’s jump shot back in the 1930s, when he was a Wyoming farm boy trying to shoot baskets over his much taller brother. In the 1940s, while Sailors was playing at Madison Square Garden with the University of Wyoming, Life Magazine took a photo of him shooting in midair, ran it on the cover and sparked a basketball revolution.

In Alaska, Sailors was one of the state’s most influential coaches. He raised the level of girls basketball statewide — he is believed to have started Alaska’s first statewide tournament for girls — and he produced winning programs at Glennallen and Angoon.

“I am sure there are still many people who he coached still around in Alaska,” said Teresa Holt, AARP’s Alaska state director.

Though it has received fewer than 100 reviews on Rotten Tomatoes, the film has received rare 100% ratings from critics and audiences.