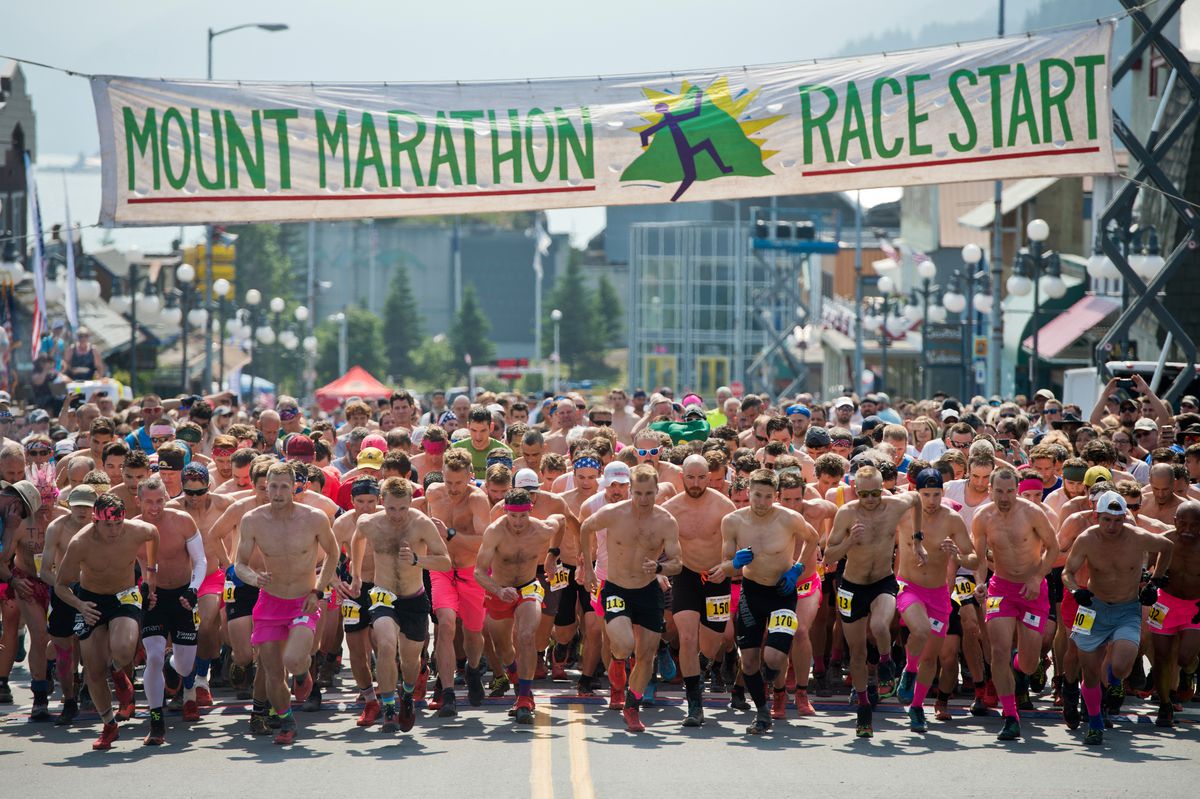 Runners in the first wave of the Mount Marathon men's race leave the starting line on July 4, 2019, in Seward. (Marc Lester / ADN)

Runners in the first wave of the Mount Marathon men's race leave the starting line on July 4, 2019, in Seward. (Marc Lester / ADN)

Mount Marathon in Seward has been canceled this year due to the COVID-19 pandemic, organizers said.

Previously, organizers had tentatively postponed the iconic mountain race to Sept. 6 in hopes that concerns surrounding the pandemic would ease. But a survey of this year’s registered runners found that 38% said they would not participate in the race if it were scheduled for September, organizers wrote in an online statement

The race committee also considered holding a scaled-down version of the race, including wave starts, fewer runners and no spectators, but ultimately decided to cancel this year’s race instead.

“The committee felt that a diluted event simply would not do the Mount Marathon Race justice. The heart of Mount Marathon has always included a mass start and thousands of cheering fans on the 4th of July,” wrote race director Matias Saari.

The race, in which competitors climb a grueling mile-and-a-half ascent of Mount Marathon and race back down to the finish line, is traditionally held on July 4. Organizers say it draws about 1,000 racers and several thousand spectators to the small town of Seward for it each year.

Mount Marathon is one of Alaska’s most high-profile sporting events, drawing elite athletes from across Alaska and the world. Gaining an entry spot is highly coveted amongst mountain runners and the celebration surrounding the race is one of the biggest in the state on Fourth of July.

Organizers wrote that the race roster for 2020 will be pushed forward to 2021 and there will not be refunds offered because all racers will have the opportunity to compete next year.

Forty-four spots in the junior division will open up from 17-year-olds aging in to the adult races, so a registration lottery will be held in 2021. It’s unclear if there will be a lottery for the adult divisions.

Mount Marathon is the longest-running mountain race in North America, according to race organizers. This would have been the 93rd year. It’s the first time the race has been canceled since 1942, when it was paused as an indirect result of World War II.