Despite short season, Alaska’s boys of summer relish the chance to take the field 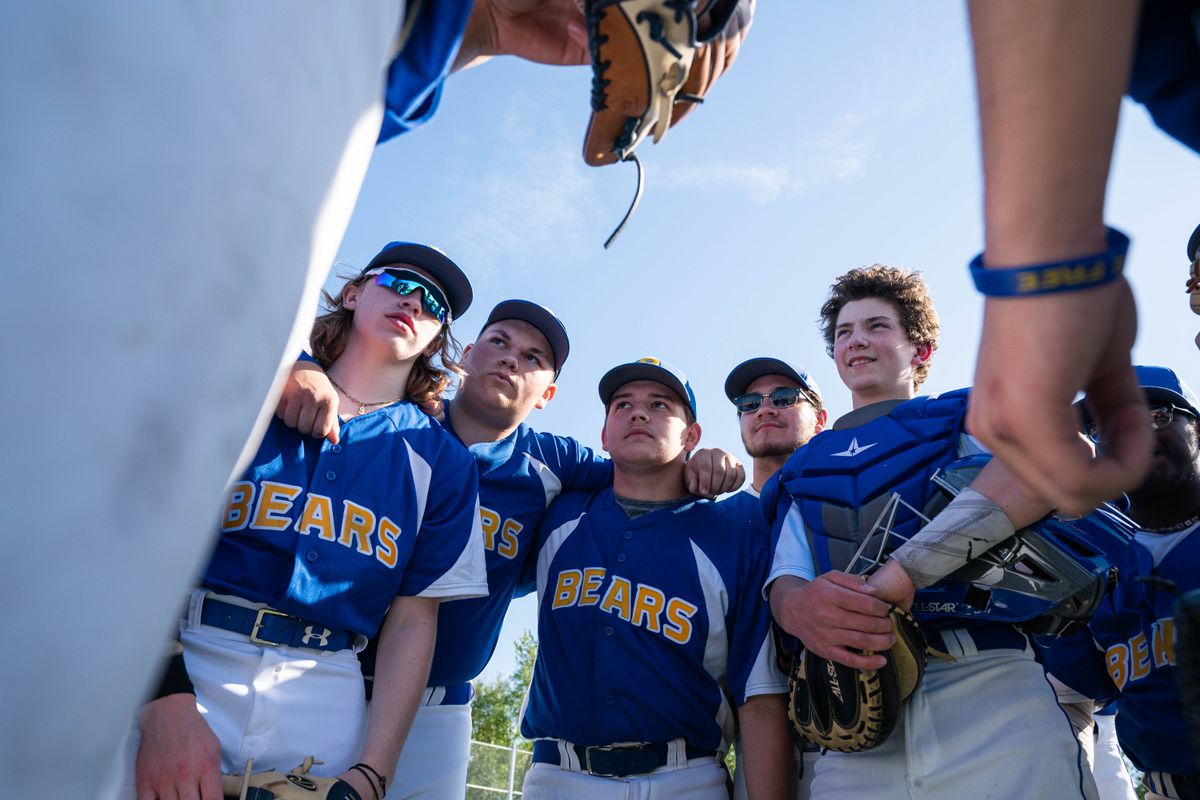 As his senior year at Service High progressed, multi-sport athlete Henry Helgeson figured his baseball career would end when he finished high school. He accepted a scholarship to Valparaiso University in Indiana and intended to spend the summer getting ready to play Division I college football.

Then the COVID-19 pandemic ended his high school basketball season right before tournament time and wiped out all of the spring sports, including baseball. After nearly three months with no competitive sports, Helgeson changed his plans.

He decided to playing one more season of summer baseball, and on Saturday he was among dozens of players who spent the afternoon playing ball at the Kosinski Fields.

It was a perfect day — sunny and warm with barely a breeze, with two games going on at once. Little kids and old men chased down foul balls, spectators sat in camping chairs and bleachers, and dogs on leashes found shade to rest in. Some of the athletes are still playing their way into baseball shape, but fans were in peak form.

“All the way to A Street, buddy! Hit a car!” one shouted as a Bartlett batter dug in at the plate.

“For crying out loud, it wasn’t even close, man!” yelled another after a runner was called safe after a play at first base.

There’s no Alaska Baseball League this summer and many Little Leagues are sitting this one out too. But you can still hear the crack of the bat — well, the ping of the aluminum bat — thanks to the Alliance Baseball League.

The league is being run by the Alliance to Support American Legion Baseball in Alaska, which created a replacement league when the American Legion canceled the season nationwide due to the new coronavirus. The Alliance includes 14 varsity teams statewide, plus several JV teams.

Games started last week and continue through the end of July, a super-condensed season that will keep teams at the ballpark for much of the next several weeks.

Bring it on, said Helgeson — who is also spending time every day on football-specific workouts.

“It’s pretty awesome, because I didn’t think we’d have the opportunity to play baseball at all,” he said. “To have the ability to be out here and play with guys I’ve spent three or four years with is great.”

Helgeson, Coen Nicolai and Nick Coats each had a pair of hits and multiple RBIs to lead the Cougars on Saturday, and Helgeson turned in two innings of relief pitching. Because the pandemic closed schools and sports facilities like The Dome until very recently, it was the first time he had thrown off a mound since last year.

Most teams have been practicing only a week or two. East High’s Zack Barnhart said he’d been on a pitching mound once this year before throwing a couple of innings in his team’s 8-1 loss to Palmer.

“I’m trying to remember what it felt like last year,” he said.

Mostly, he was relishing the chance to do something normal.

“It doesn’t feel like it’s happening," said Barnhart, who had a 2-for-3 day at the plate with a double and a single. "When I’m in the field it feels like I’m in another world. You have to wear a mask everywhere else, so when I’m on the field it feels great.”

About the only masks in sight Saturday were the kind worn by catchers and umpires. A handwashing station was set up between the fields — two jugs of water and a couple of bottles of liquid hand soap — but it went mostly unused.

Though some fans sat six feet apart, the best examples of social distancing were happening in the outfields. At the end of each game, players lined up on the baselines in front of their dugout, looked across the infield and tipped their caps to the other team.

With the state tournament set for July 24-29, things are “a little rushed this year,” said Palmer JV coach Dave Kolberg. He thinks players are showing more focus and desire as a result.

“In running practices every day, we make it our goal to improve on one thing minimum each day," he said. "For one guy that might be better hits. For another it might be fielding, or pitching. It’s been exciting.”

Outfielder Gavin Oakley, who just graduated from East High, said if the Alliance hadn’t filled the void left by the cancellation of the American Legion season he would be spending the summer working, maybe as a driver for DoorDash.

He’s going to college at the University of Nevada Las Vegas and might try to make the UNLV baseball team as a walk-on. He could’ve gone to a smaller school and been assured a spot on a team, but he likes the idea of going to a big school in a city with a lot of big sporting events.

“Baseball’s fun, but I don’t need it,” he said. All the same time, he’s thrilled there is a summer season, especially since the pandemic disrupted his final year of high school.

“If we didn’t get this, I’d be really bummed out," Oakley said. “It’s extra practice in case I do walk-on.”

Palmer’s Kai Iverson has one more year of high school left and he wants to make the most of it.

“It really sucked after the high school season was canceled,” he said. “I’m happy to be on the team and playing again. You only have four years to go from being a freshman who isn’t that good to being a player where you might get noticed.”