Lost Lake Run goes virtual, and if you follow the rules it can count toward your ‘Legendary Runner’ status 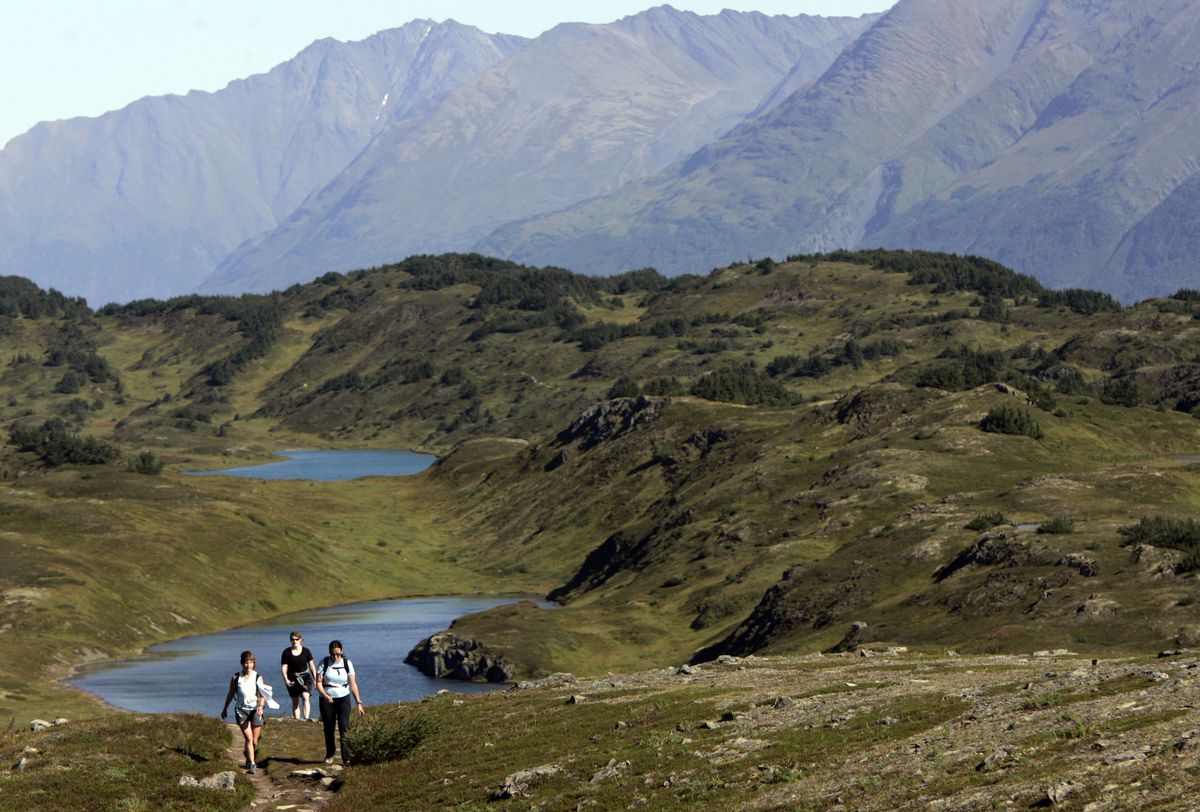 With Lost Lake behind them, three participants climb the final peak before the decent into Seward in the 2005 Lost Lake Run. (Daron Dean / ADN archives)

With Lost Lake behind them, three participants climb the final peak before the decent into Seward in the 2005 Lost Lake Run. (Daron Dean / ADN archives)

All is not lost for the Lost Lake Run.

Organizers on Thursday said the U.S. Forest Service has given them permission to hold a virtual race on the 16-mile trail near Seward. The actual race was postponed by one year earlier this month when the forest service said it would not issue permits for recreational events this summer because of the COVID-19 pandemic.

Runners must complete the course in a single day, but they have a window of 65 days to do it, beginning on July 5 and ending on Labor Day.

The virtual event is separate from the 2020 Lost Lake Run, which was postponed until next year. It will have a separate registration process — $65 with a T-shirt, $40 without a T-shirt.

The race, which began in 1992, is a fundraiser for the Cystic Fibrosis Foundation, and the number 65 is significant for two reasons, race director Patrick Simpson said. This year is the 65th anniversary of the Cystic Fibrosis Foundation, and “65 roses” is a term associated with the disease that dates back to the 1960s, when a child heard mispronounced cystic fibrosis as “65 roses.”

Runners can run either direction on the race course, which goes from the Primrose campground to the Lost Lake trailhead.

If they submit photographic evidence — selfies showing them at the start, the finish and the bridge near the top of the trail, with trailhead signs visible at the start and the finish — the virtual race will count toward their total finishes for Legendary Lost Lake Runner status.

Legendary runners — those with at least 12 official finishes — are eligible for early registration every year. That’s a big deal because the actual race is limited to 750 runners, and it typically hits that limit on the first day of general registration.

There is no participation limit for the virtual race. By spreading it over 65 days, the impact on the course will not be as great as when everyone runs on the same day, Simpson.

If runners can’t make it to Seward, they can run any 15-mile course of their choice, but it won’t count toward Legendary status, Simpson said. Such runners should also submit selfies from the start and finish and a description of the course.

No times will be kept, but photos will be posted on the race website and a video slide show will be created using them. Runners should send photos to lostlakerun@gmail.com.

Held most years during August, this will mark the second straight year with no actual Lost Lake Run. Last year’s race was canceled because of worries over smoke from nearby wildfires and a flood advisory for part of the trail.