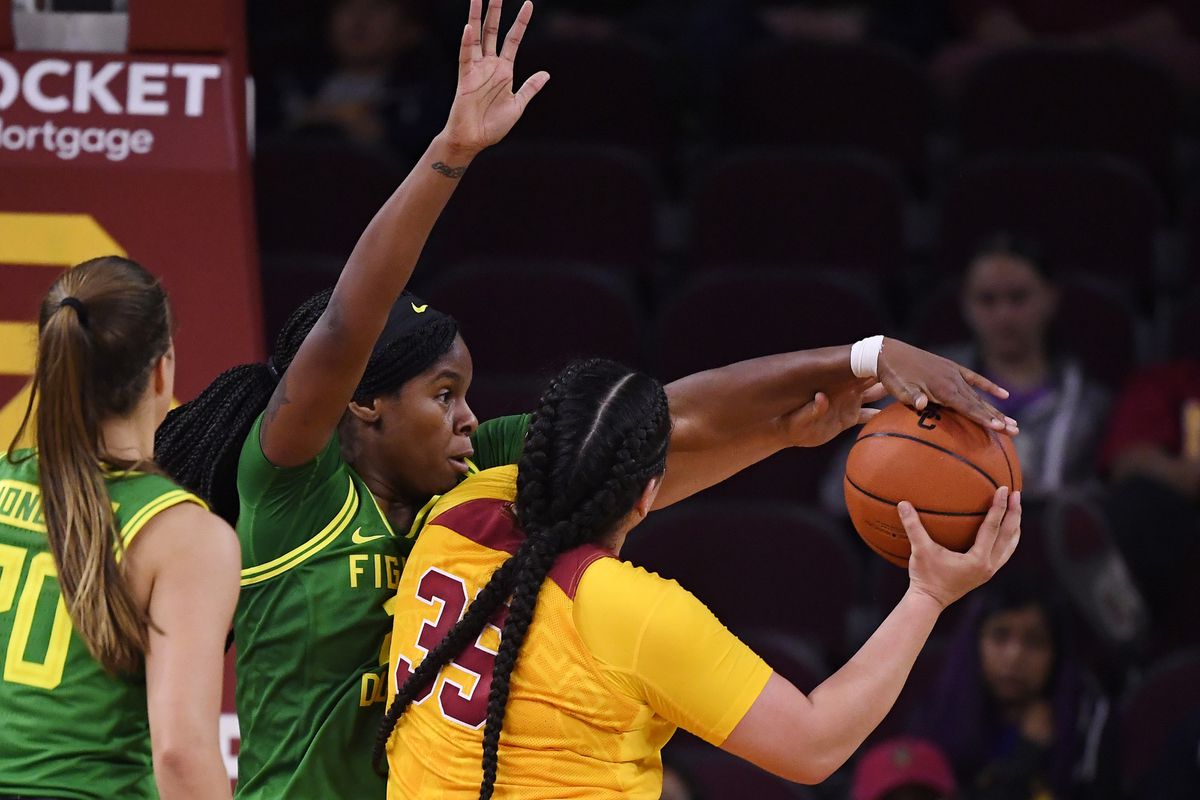 An All-American college basketball player and a history-making cross-country skier are the winners of the Pride of Alaska Award, given to the top athletes of the year by the Alaska Sports Hall of Fame.

Ruthy Hebard of Fairbanks was a first-team All-America pick for the University of Oregon women’s basketball team, and Gus Schumacher of Anchorage was the first American -- man or woman -- to win an individual gold medal at the World Junior Championships.

Along the way, both earned major awards in their respective sport.

Hebard averaged 17.3 points and 9.6 rebounds in her final season for the Ducks; in April, the Chicago Sky picked her eighth overall in the WNBA draft.

Schumacher turned in a stellar performance at the World Junior Championships in Oberwiesenthal, Germany, where he won the 10-kilometer classic race, anchored the U.S. men’s relay team to its second straight gold medal and was the top qualifier in the freestyle sprint, where he placed seventh overall.

“Ruthy and Gus are two tremendous athletes achieving great things early in life,” Harlow Robinson, executive director of the Alaska Sports Hall of Fame, said during a Facebook live presentation of the awards. “The sky is the limit for both of them and we look forward to watching them continue to represent Alaska on the biggest stages.”

Also honored with Directors’ Awards this week were Anchorage’s Cristy Hickel and Israel Hale of Palmer.

Hickel, a longtime coach and supporter of youth sports, received the Joe Floyd Award, which honors significant and lasting contributions to Alaska through sports. She’s the director of the SPYDER youth programs for skiing and soccer, and as a youth hockey coach she has helped more than 200 girls move on to college hockey.

Hale, the first amputee to complete the Iron Dog’s recreational-class snowmachine ride, received the Trajan Langdon Award, which recognizes leadership, sportsmanship and inspiration. Hale, who lost both legs in a 2012 accident, teamed up with brother Joseph Hale for Mar’s 1,000-mile trail ride from Fairbanks to Kotzebue to Nome.

[An accident took his legs, but Israel Hale found freedom on a snowmachine]

Directors’ Awards winners were chosen by the Hall of Fame’s board of director. They will be honored at the 2021 Alaska Sports Hall of Fame induction ceremony, because the 2020 ceremony was canceled because of the COVID-19 pandemic.

Members of the Hall of Fame’s Class of 2020, chosen by the Hall of Fame’s selection panel, are hockey player Matt Carle, masters runner Marcie Trent, the Yukon River 800 and the UAA hockey team’s upset of Boston College in the 1991 NCAA playoffs.