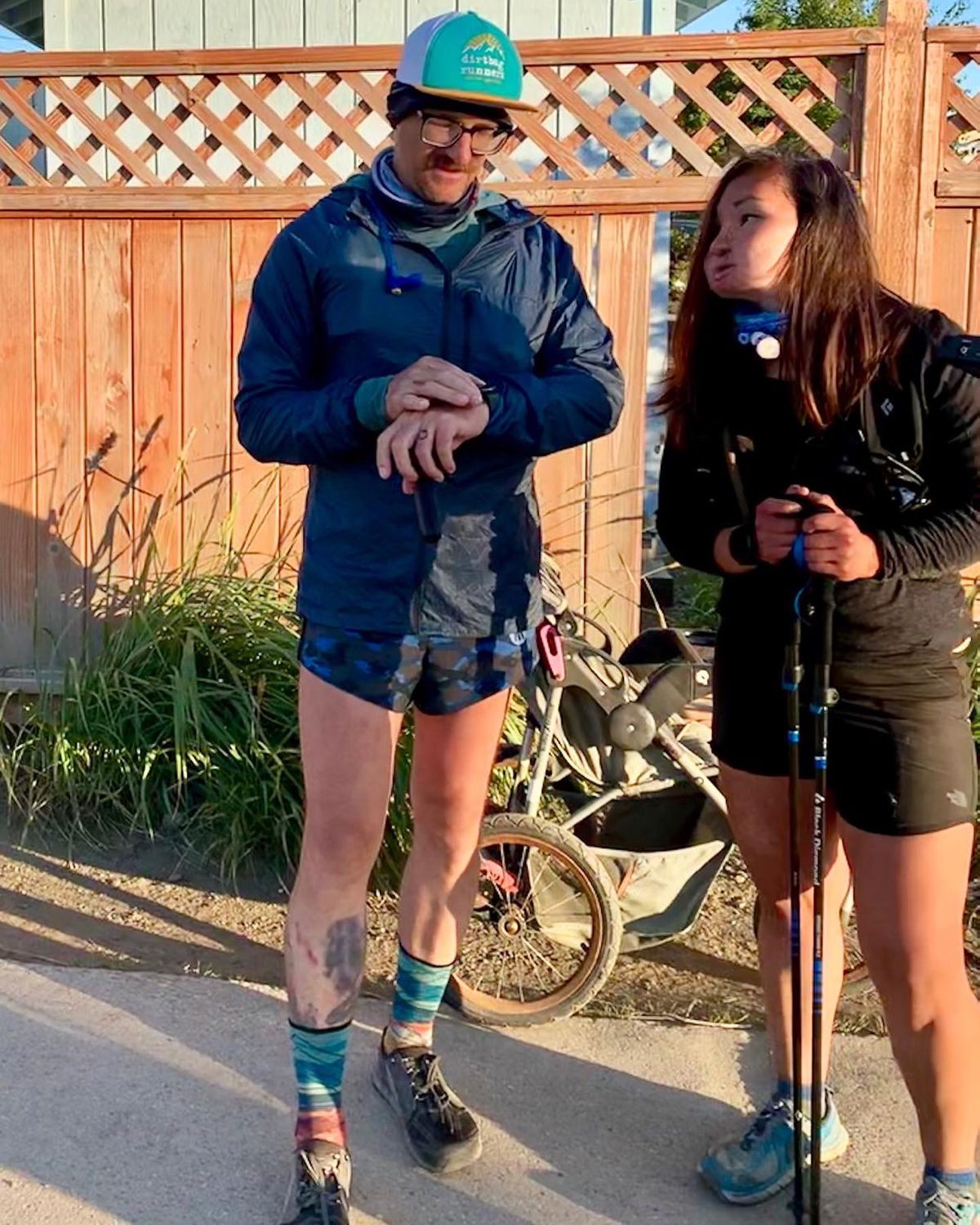 Warm weather, rocks that rubbed their feet raw and a charging musk ox weren’t enough to keep a pair of Nome ultrarunners from completing a 71-mile run from Teller to Nome this weekend.

Carol Seppilu and Tim Lemaire reached Nome High School around 6:50 a.m. Sunday. They had started their run a little more than 19 hours earlier, at 11:45 a.m. Saturday in Teller.

Both runners work at the Norton Sound Health Corporation. Seppilu, who was born in Savoonga and grew up in Nome, decided to do the run as a way to raise suicide awareness. She’s a suicide survivor who has found mental and physical health in mountain running. Lemaire is a physician and experienced ultrarunner who came to Alaska from Nevada several years ago.

The Teller road is hilly and mostly dirt.

“It was so tough, and hot,” Seppilu said by text. “It felt 70 out there in the country, but the wind was on our backs the entire time.”

The pair was followed by Jessica Lemaire, Tim’s wife, who drove the dirt road in a vehicle stocked with water and food. She also kept an eye out for wildlife, especially bears.

About 10 miles out of Nome, Jessica told the runners there was a sow with three cubs ahead of them.

“We stayed alert and here came this muskox charging straight at us,” Seppilu said. “I told Tim we need to move now, so we backed away cautiously. I hid behind him and was ready to stick my poles up for the hit (I traded my bear spray for a water bottle).

“Tim took his camera out instead of the bear spray lol. The muskox looked at us and decided we weren’t a threat and kept running forward. It was running from the bears, which disappeared into the dark bushes. It was scary!”

“The heat was what really slowed me down a lot, and the rocks rubbed our feet raw,” Seppilu said. “We are in pain but super happy!!!”