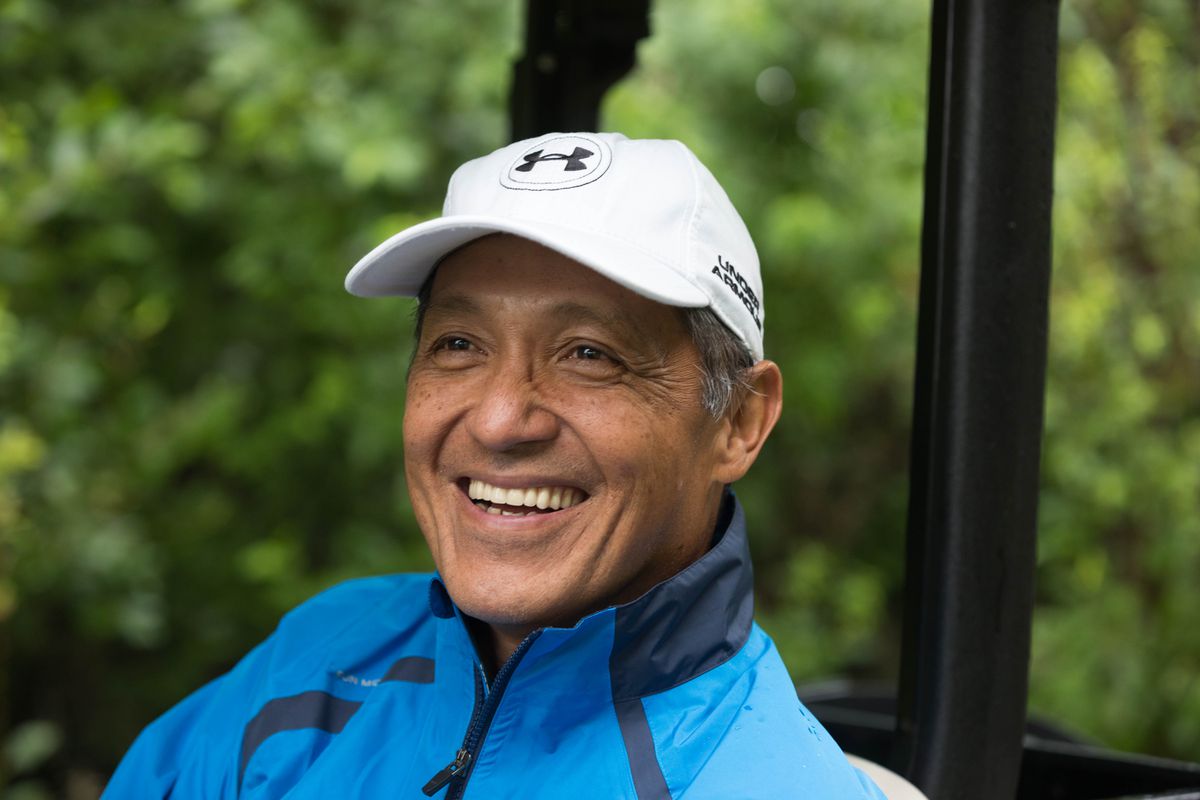 Defending champion Benjie Sumulong won the first playoff hole after coming from behind to force a sudden-death ending to the Alaska state seniors golf tournament Sunday at Settlers Bay Golf Course in Knik.

Sumulong triumphed over David Hamilton, the leader after the first and second rounds.

Both Anchorage men finished with a 54-hole total of 218.

Hamilton entered the final round with a three-stroke lead over Sumulong after firing a 2-under-par 69 on Friday and a 5-over 76 on Saturday. He shot 73 Sunday.

Sumulong opened with consecutive 74s before beating par by one stroke Sunday with a 70.

Third place went to Mark Adams with a three-round total of 223. He carded a 69 for Sunday’s best round.

Sumulong’s victory came in the senior division for golfers 55-64, which attracted 43 players. The super-senior division, for men 65 and older, drew 31 players.

The super-senior championship went to Joe Roberts, whose final-round 77 gave him a three-round total of 232 and vaulted him past Dean McVey and Jess Hall, the co-leaders after two rounds. McVey shot 85 Sunday to finish second at 237. Hall shot 86 to slip into a tie for third place at 238 with Mitch Bryan.

Richard Teders topped the 10-man masters division (45-54 years) with a 219 that included a 67 on Saturday, the best score of the entire tournament. Tied for second eight strokes back were Nicholas Brawner and Jung Han at 227. Brawner’s round of 77 included a hole-in-one at No. 6.

In the nine-player women’s tournament (50 and over), Connie Johnson held off hard-charging Toyoko Hawkins to win by one stroke with a 244. Hawkins made it close on the final day by shooting 77 to Johnson’s 82.

The tournament featured a pair of aces — the one by Brawner on Sunday, and one on Friday by Bob Thibault on hole No. 3.